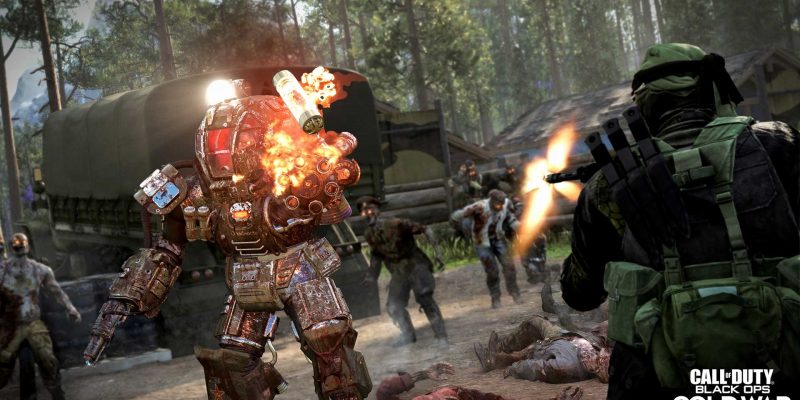 Throughout Call of Duty: Zombies, players have been restricted to only being able to carry one Wonder Weapon at a time. After all, being able to carry two at the same time would be extremely powerful. In the Outbreak game mode, both the RAIK-84 and the Ray Gun are available to earn. If you get lucky enough to have access to both of them, an Outbreak player has discovered a way which will allow you to carry both Wonder Weapons at the same time.

A clip was posted on Reddit of the trick in action. The first step is to find either a RAIK-84 or a Ray gun. This can be done by trying your luck at a mystery box or destroying a Megaton, for example. Then, go and visit a Pack-a-Punch machine. Make sure you have a secondary weapon equipped alongside your Wonder Weapon. Hold out your Wonder Weapon and switch to your secondary weapon as you enter the Pack-a-Punch menu and upgrade it. This should then give you two versions of the same Wonder Weapon, one that has been upgraded by the Pack-a-Punch machine and one that has not. Once you have done this, go and find a different wonder weapon and swap it out for the base version of one of your duplicates. You should then be carrying two different Wonder Weapons in Outbreak.

It is important to note that this is most likely a bug. Treyarch may implement a fix for it it in a future patch. Also, it is unknown if this trick only works with the RAIK-84 and the Ray Gun, or if you will be able to carry two other combinations of Wonder Weapons. It is definitely worth giving it a try to progress through rounds as they increase in difficulty. You will be able to take out elite zombies with ease.