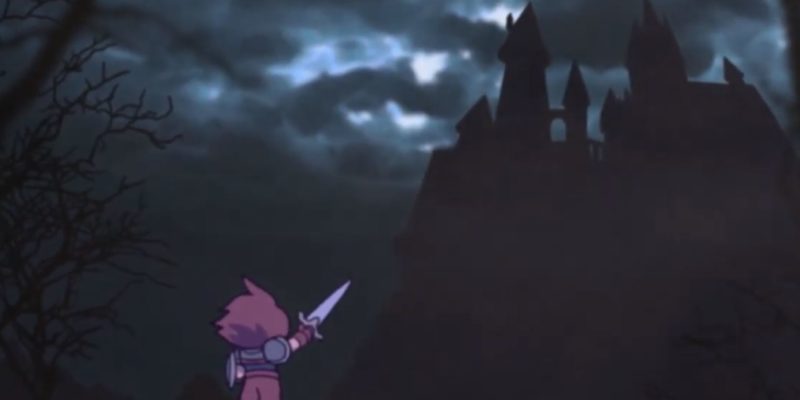 LABS Works has just announced a sequel to the action-exploration platformer Castle in the Darkness. The sequel involves another castle, more darkness, but also a bunch of new gameplay features (like axe throwing). Here it is, in all its darkness: the Castle in the Darkness 2 announcement trailer.

For the original game, Castle in the Darkness, Matt Kap developed the entire thing on his own. But since then, Kap has founded LABS Works. The idea behind the infant studio is to bring together a team of trusted collaborators to make better games than each could do alone. So now, Castle in the Darkness 2 is being developed by LABS Works and led by Matt Kap and Simon Parzer, the duo responsible for The Binding of Isaac: Rebirth.

In the video description of the Castle in the Darkness 2 announcement trailer, LABS Works says it will be releasing a mini-trailer for the game on the second day of every month. The LABS Works blog also says there are a lot of surprises coming. So stay tuned.

But there’s also this other thing

In a very strange turn of events, the Castle in the Darkness 2 announcement trailer has an extra announcement tagged on at the end. This one involves Astalon: Tears of the Earth, the first game being developed under the LABS Works banner. There is a trailer you can watch if you’d like to know more about it. The announcement doesn’t say much, other than to let you know the game is coming soon.

You may be wondering why LABS Works would tag such a random bit of information onto the announcement of their new game. It’s because Astalon: Tears of the Earth was supposed to be out this year but was recently postponed to next year. This mention is probably the studio’s way of assuring fans the game is still on the way. According to LABS Works, the programmer broke his collarbone while saving the world.

Astalon is delayed until next year. Our programmer @jonlepagegames broke his collarbone while saving the world a few months ago. He has now fully recovered, and the game is back in full-time development. The next Astalon trailer will have a release date. Thanks for understanding!

There’s no Steam page for Castle in the Darkness 2, but you can pick up the original game on Steam. You can also add Astalon: Tears of the Earth to your Steam wishlist.

The atmospheric Ode to a Moon receives a new trailer