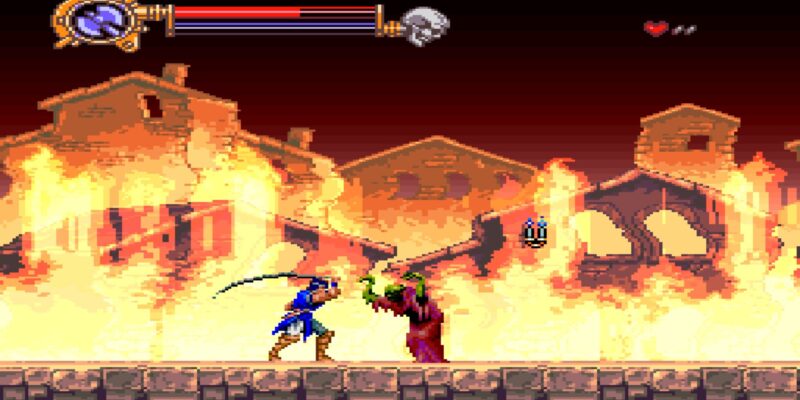 When you launch Castlevania Advance Collection, it opens in a window. Every time. You have to hit alt + enter to get it full screen. The collection includes the three GBA Castlevania releases: Circle of the Moon, Harmony of Dissonance, and Aria of Sorrow. Plus, it includes the SNES version of Dracula X, because just including three games probably seemed like a bad idea considering the last collection had eight. Granted, these games are mostly much larger. Mostly. Once on the main menu, you can select from the four.

The games appear to be emulated, with the GBA roms being hacked in order to make use of external audio files. The music is higher bitrate than the original releases, although some are reporting issues with audio quality. The wma files for the music can be found in the local install folder as well. For the GBA games, you can choose from one of three screen size choices. Standard has spaces on the side of the screen, Pixel Perfect keeps the GBA aspect ratio along with additional spaces on the top and bottom, and Full stretches the game to fill your whole screen. 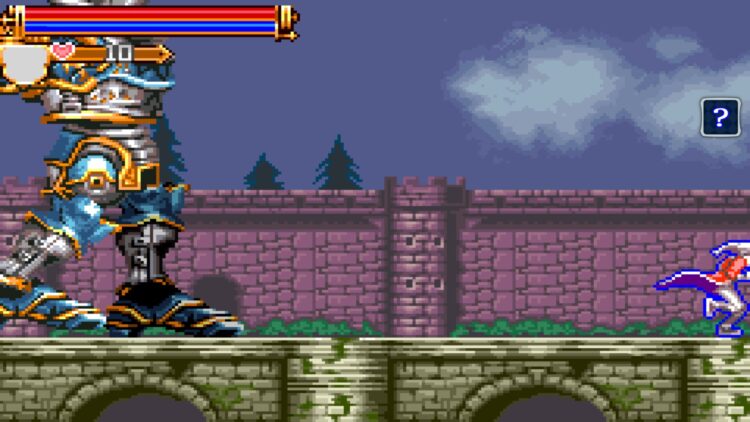 Strangely, no filters are included for these three games. It’s not a huge deal by any means, but people used to emulating them might be turned off by the complete lack of any blurring or scan lines. Granted, the games look fine. They play well, too, and I didn’t notice any issues while exploring and fighting. You can bring up a secondary menu at any time that allows you to change the screen size, switch to different wallpapers, plus a save and load feature separate from the standard saves of the three games. It’s a pretty barebones package, but it gets the job done, and it’s great to have these games available for purchase again. You know, without resorting to eBay.

As for the games themselves, this is a solid collection. Castlevania: Dracula X is much the same, although it has more screen options, including ones with CRT filters. Aria of Sorrow is the obvious standout, as it’s one of the best games in the franchise, but Circle of the Moon is also great. Harmony of Dissonance, on the other hand, is arguably the worst of the 2D Metroidvania games in the series, but it’s still enjoyable in its own right. Dracula X is fine too, even if it can’t compare to Rondo of Blood. If you merely want a legal way to play the GBA Metroidvanias, the Castlevania Advance Collection is worth it. But just be aware of how barebones the package is. I hope we don’t have to wait two and a half years for the DS games. And where’s Symphony of the Night?! 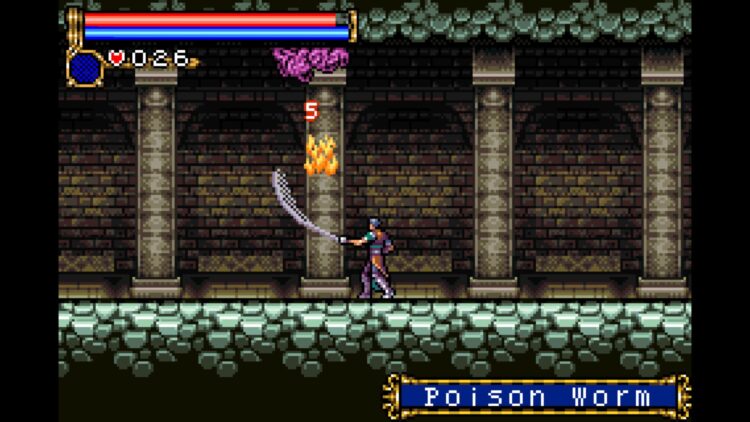