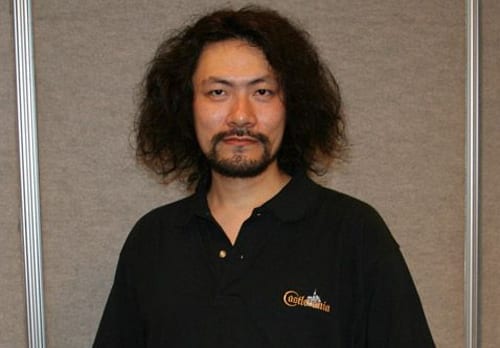 Koji Igarashi, best known for his series of Castlevania games in the late 90s to middle 00s, has left Konami. He has revealed his intent to found a new studio.

Although he is best known for Symphony of the Night, Igarashi was actually still assistant director on that game. Critical acclaim from that game pushed him to becoming head producer of the Castlevania franchise, leading development on Aria of Sorrow, Order of Ecclesia, and Castlevania the Adventure Rebirth.

However, Igarashi was also there to produce some of the less popular and critically reviled Castlevania games, such as Castlevania Judgement, Lament of Innocence, and Harmony of Despair. Most recently, Igarashi went to work on Otomedius Excellent as Konami handed over reigns of the franchise to MercurySteam.

You can read Igarashi’s full statement below, courtesy IGN:

I’ve decided to break out on my own to have the freedom to make the kind of games I really want to make — the same kind I think fans of my past games want as well. Leaving Konami was a big decision, and not one I took lightly – I’ve spent my entire career there, made many friends, and had a lot of great opportunities – but I hope all the gamers and fans who have supported me in the past will join me in being excited about what comes next. Wish me luck!

Igarashi’s last day at Konami was just last March 15. He will be at GDC to discuss his work in what has been dubbed the Metroidvania series of games. There’s no doubt that this will be a highly anticipated talk for the event.

Castlevania veteran Koji Igarashi is speaking about the history and design of Metroidvania games at GDC 2014: https://t.co/jKtDUCoEua