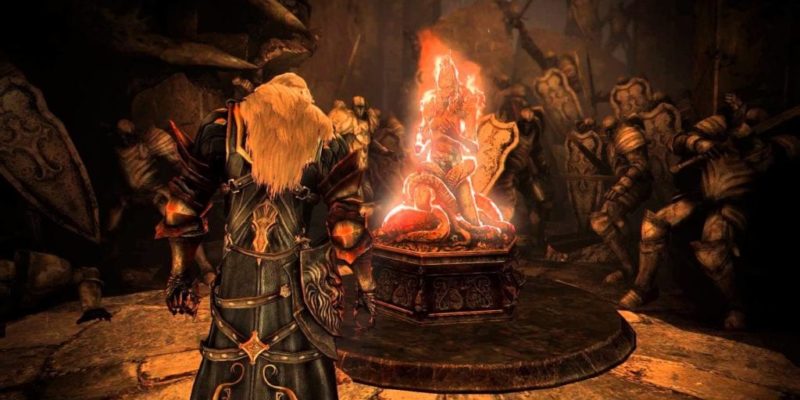 News about the Castlevania: Lords of Shadow 2 Revelations DLC is one of those situations where I’m going to be relying fairly heavily on the press release. I don’t like doing that, but since I haven’t played any of the games in this branch of the series I’m fairly lost when it comes to the narrative. Satan is coming back, Gabriel needs to destroy him; now Alucard is here too for some reason?

Apparently the Revelations DLC will take place “just before the apocalyptic events” of Lords of Shadow 2 “where Alucard readies for his father’s return and the forthcoming battle against Satan.” I knew it. I knew Satan was involved. Oh! And Alucard is Dracula, backwards. That’s some inventive child naming you’ve done there, Gabriel.

Don’t forget that “drinking the blood of enemies intensifies Alucard’s immortal powers,” either. That sounds like an important one.

Lords of Shadow 2’s Revelations DLC will be released on 25 March priced at $8.00 USD. There’s a trailer below that should show you more, although mostly shows quite a lot of posing.