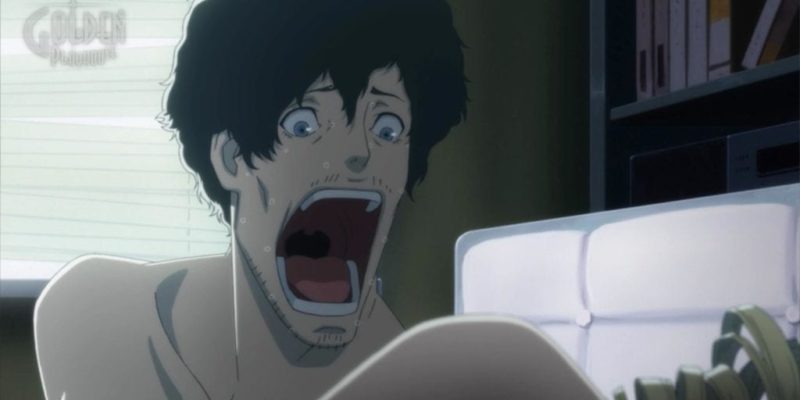 Surprise surprise: Catherine Classic is out on PC today. While Catherine on PC isn’t too much of a shock given all of the hints over the past few weeks, the fact that it was officially announced at the exact same time as its launch was a little bit more startling.

While the PC version isn’t the new-fangled Catherine: Full-Body coming to the PS4 later this year, it does have 4K resolution, Japanese voice-overs, and an uncapped framerate. Or, uh, it’s supposed to. As it turns out, those claims are somewhat misleading. Let’s investigate. 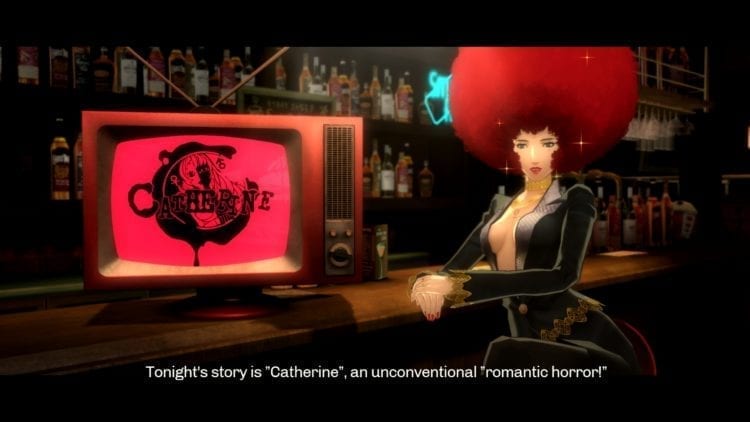 Incredibly low specs, all told, so it’s of little surprise that Catherine Classic runs flawlessly. Vsync locks it to a constant 60 FPS, and running it uncapped has most of the game at over 200 FPS… sort of. We’ll get to that.

Here are your graphical options: 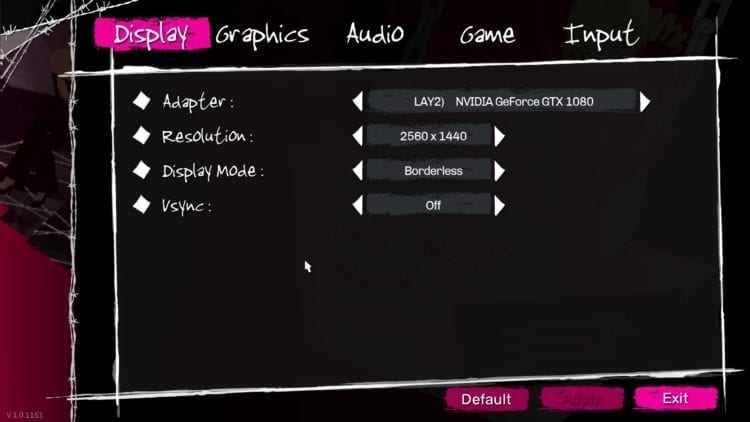 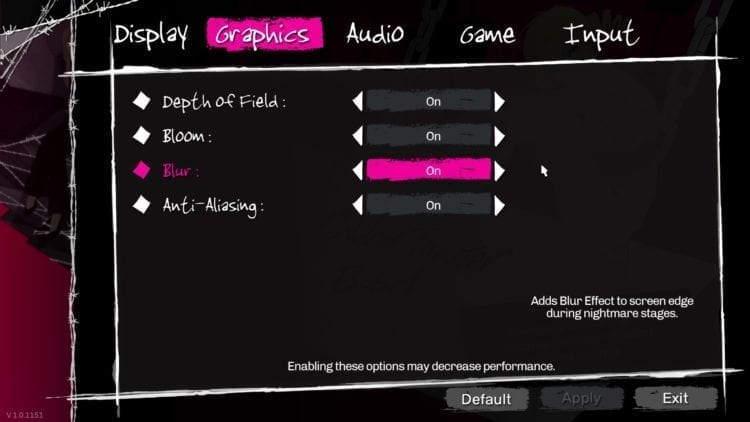 So, to put it mildly, they’re very limited. Resolution and Vsync aside (and Windowed/Fullscreen/Borderless, which is pleasant) you have Depth of Field, Blur, Bloom, and Anti-Aliasing. None of these are more granular than simply “on/off.”

The Reality Of The Graphics 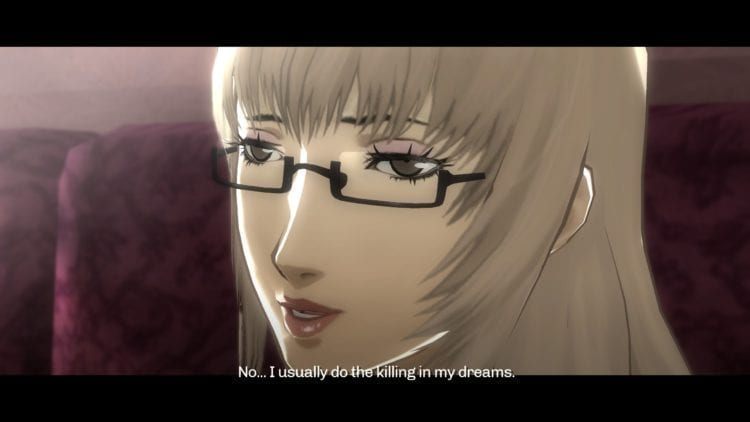 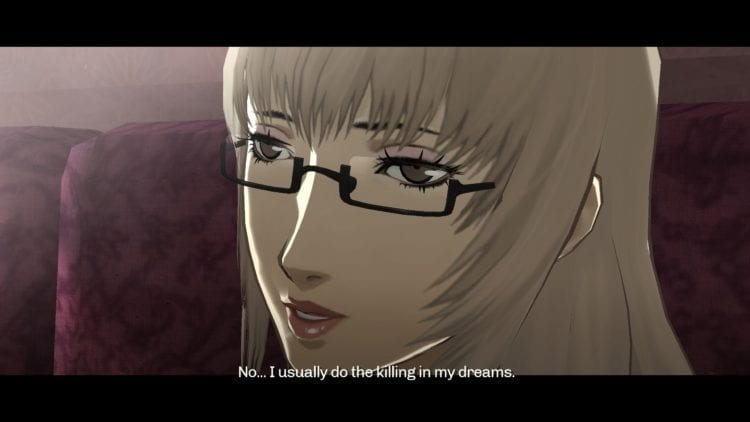 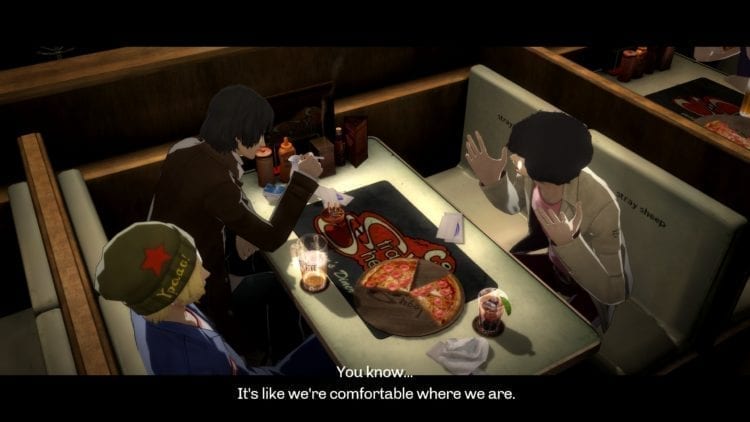 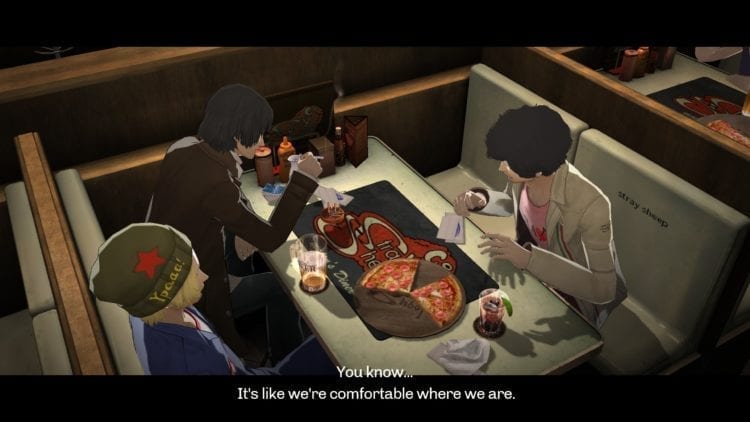 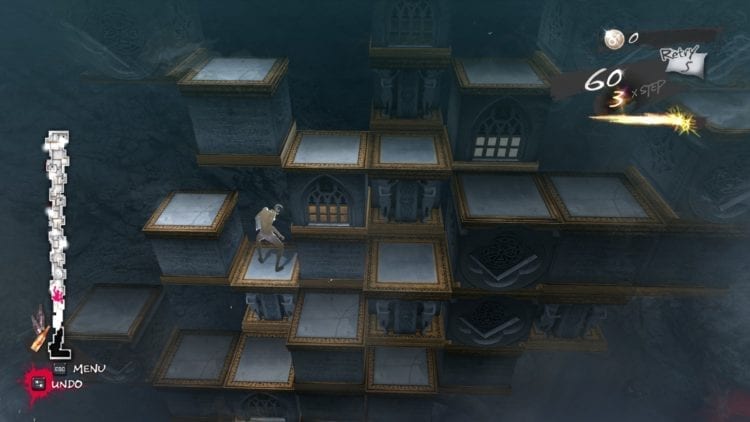 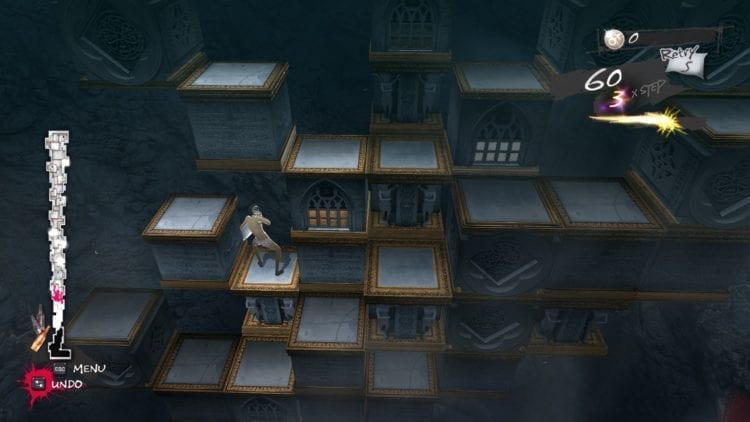 Bloom easily has the biggest effect outside of the puzzle sections (which, really, are the gameplay segments). When puzzling, Blur has a bigger effect. Not because of motion blur or anything – praise the relevant deity – but because it adds a weird shifting, watery effect to the edges of the screen. As it’s a moving effect, it’s hard to spot in screenshots, unfortunately.

Here are the rest of the options: 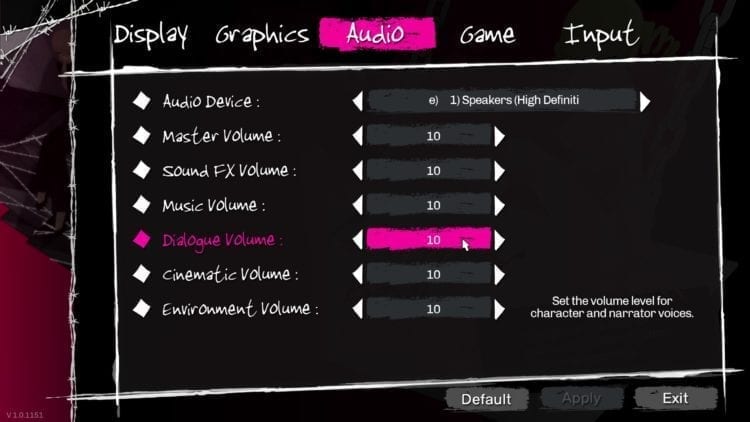 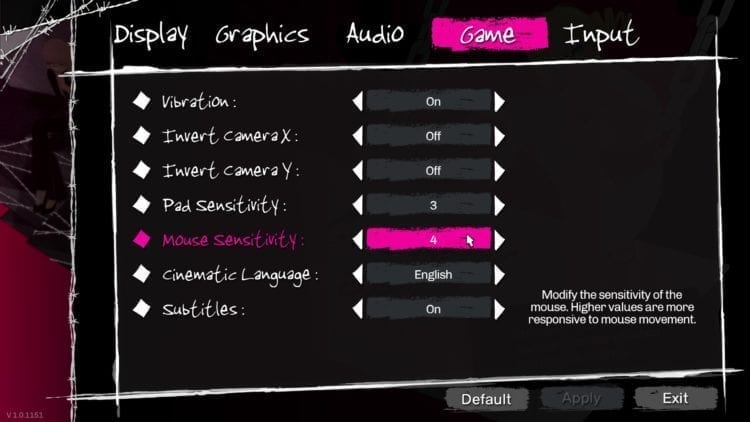 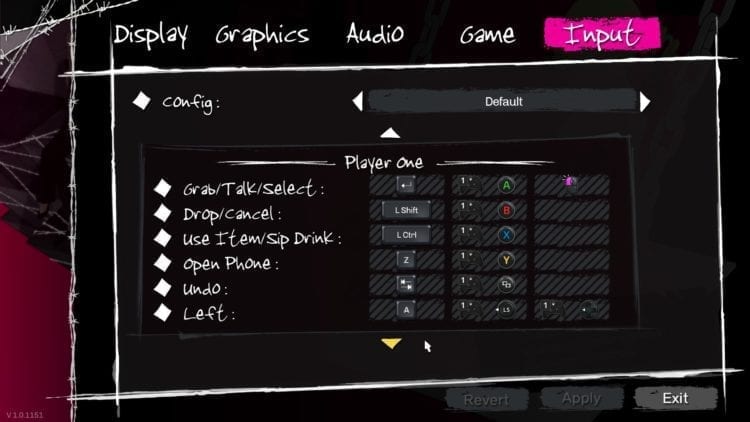 I haven’t had issues binding controls, but I admit I haven’t gone too in-depth with them. Do note that you have to specifically change the config to custom before you can actually customize them, however.

I haven’t had issues with the keyboard/mouse controls in general, either. They’re all sensibly bound, with pretty much everything you need clustered around WASD. Looking around with the mouse requires you to hold down the right mouse button, but as you’re moving blocks with the left, I’m perfectly okay with this. Panning the view isn’t something you want to do 100% of the time. And yes, there’s full mouse support in the menus, and it works well.

High framerate, looks pretty good, and has workable mouse and keyboard controls? What could go wrong? 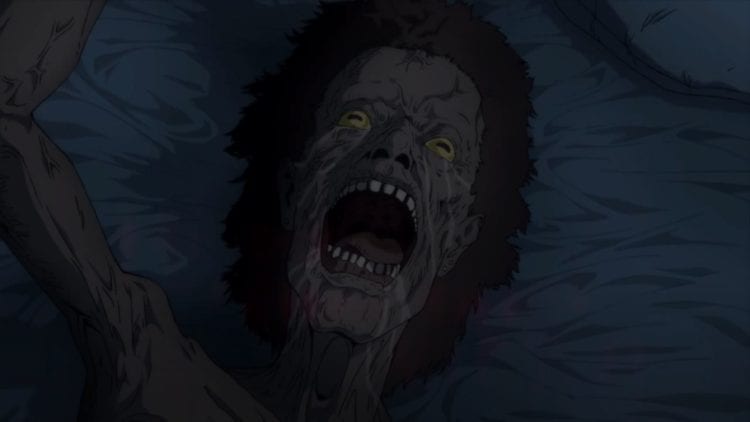 Quite a lot, unfortunately. Nothing that stops Catherine Classic from being playable, but things that will annoy many.

Let’s start with the framerate. While it claims to be uncapped, I’m almost certain it’s not. Menus and cutscenes seem to run at 60 FPS, but once you get into the block-pushing and tower-climbing, it’s almost definitely capped out at 30 FPS. For what it’s worth, framerate counters claim it’s running at either 60 FPS (with Vsync on) or higher. As such it’s either doubling up on frames or has serious issues with frame pacing. It feels and looks like it’s running at 30 FPS, regardless of what the frame counter in the corner tells me. It may well be that, like so many other console games, the game engine works based around the framerate. 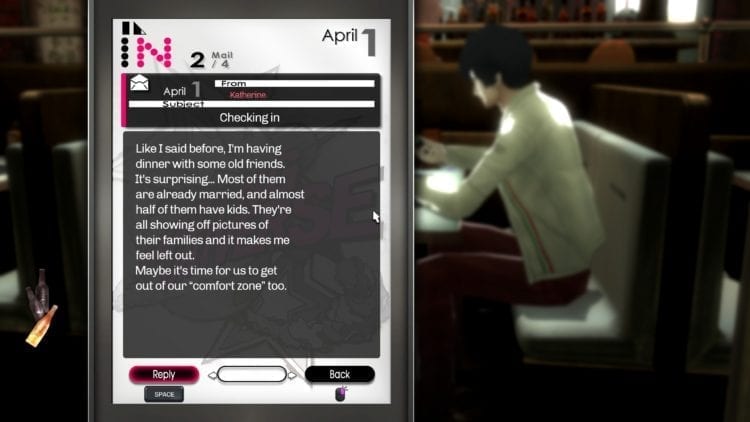 The other major issue is with the Japanese audio. If you look at the option for that carefully, you’ll see that it says “Cinematic Language.” This is precisely correct: it’s the language used in cinematics and cutscenes. In-game, you’ll still hear the English voice acting – Vincent’s shouts as he picks up coins in the puzzle levels, for instance. It’s mildly jarring.

Love Isn’t Quite Over 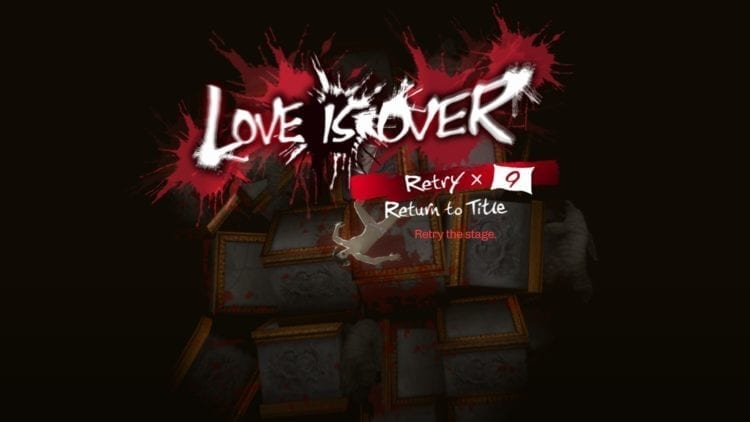 This is a shame because Catherine is a marvelous game. A cult classic for sure, being that it’s a difficult puzzle game (occasionally absurdly so) with some minor life-sim elements and a whole heaping of horror. But it hits all of those notes almost perfectly.

These problems don’t stop me recommending Catherine Classic as a Good Game and a perfectly playable port. That said, the promises of an uncapped framerate and Japanese audio – neither of which are exactly met, or at least not in the way you’d hope and expect – leaves a rather bitter taste in the mouth. Buyer beware, in short: if you’re planning on picking this up because of either of those two features, you will be sorely disappointed.

For me, it’s enough that I can play Catherine without having to plug in one of my older consoles – and for a rather low price. Expect some disappointment with the promised Catherine Classic features, though, and bear in mind that the expanded remake is due out on PS4 later this year. I hate to say it, but that might wind up being the better (if more expensive) option in the long run if you’re already a PS4 owner.

Get A Story About My Uncle For Free At Humble Now 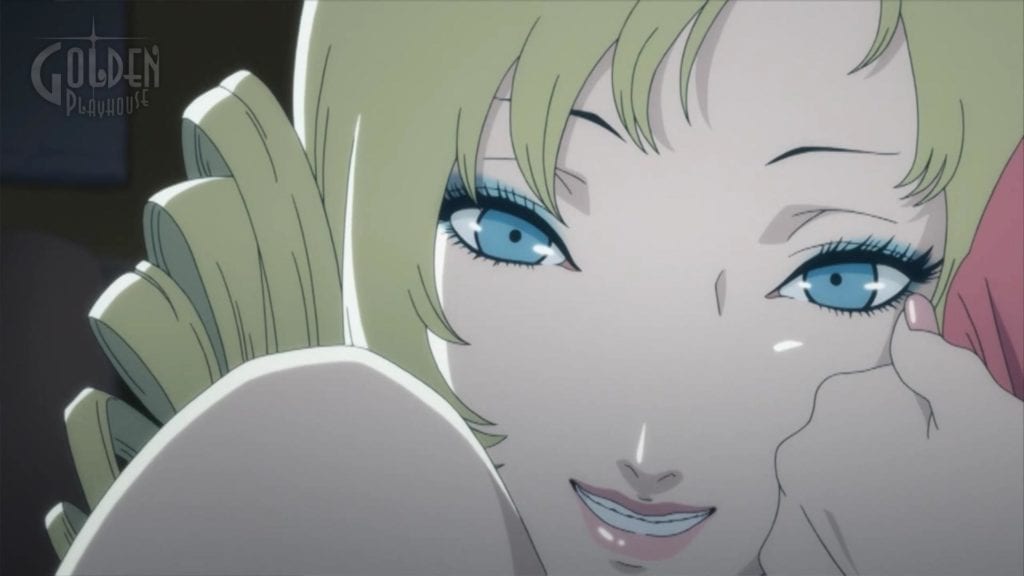