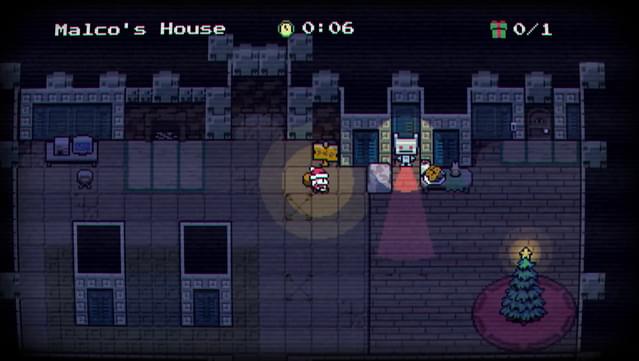 Cave Story remains one of the most well-regarded indie games, and it left an impact on the indie landscape as a whole. With this in mind, it makes sense that the game would see a hefty amount of rereleases and updated versions, including Cave Story+, which dropped on Steam back in 2011. But even after all these years, it seems that Cave Story creator Daisuke Amaya still has one more substantial treat in store for fans of this IP. Just today, Amaya dropped a brand new spinoff of Cave Story, titled Cave Story’s Secret Santa, onto online stores. While it will only stay up for a limited time, players can try it out completely for free.

According to the GOG.com page, Cave Story’s Secret Santa functions as “a bite-sized side story of stealth and puzzle solving, with familiar characters and settings from Studio Pixel’s classic adventure.” As the title implies, this brief adventure aims to get players into the holiday spirit, as it stars a “cowardly Mimiga named Santa” who has to deliver every stolen package back to their respective homes undetected.

The mode sounds plenty joyous, but how does it play? You have to “push or pull obstacles, turn light switches on and off, pry open ventilator shafts and more” to successfully return each package. But as you do so, you will “have to watch out for hazards and avoid making any noises that might attract attention.” Along the way, players can “find and consume delicious cookies,” as well as “discover hidden passageways and secret surprises.”

As of yet, no information has come out regarding exactly when this new game will no longer be available. But considering that it comes completely free of charge, fans of Cave Story with a working PC have every reason to pick Cave Story’s Secret Santa up before its mystery cut-off date arrives.