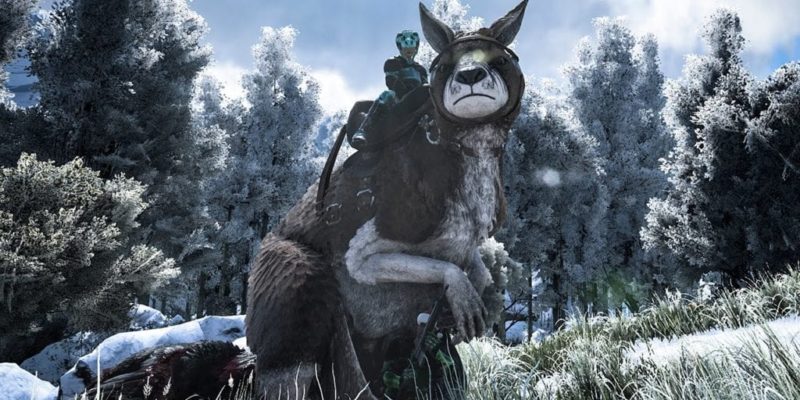 ARK: Survival Evolved continues to line its content-pockets as it delivers yet another creature that can be found in its universe. This time around, the newest creature to infiltrate the prehistoric atmosphere is a giant kangaroo that goes by the name Procoptodon. This is a first for ARK being that two passengers can ride on the giant beast. One player will guide the animal while the other plays joey and fires away from the comfort of the pouch.

Even with a giant kangaroo now available in-game, there is other news that might trump it. A New Years ball will start to descend starting at 12:00PM EST, and finally touch down come January 1, 2016 for a “fantastic surprise”.

ARK: Survival Evolved is currently available on PC via Steam. As of right now, the game is on a 40% discount ($17.99) during the Steam Winter Sale, which runs until Monday, January 4, 2016. The sale ends at 10:00AM PST. The game is in its Early Access phase with an expected full release across all platforms, including the Xbox One and PlayStation 4 come June 2016. This also includes a full release on PC. The PlayStation version of the game will include Project Morpheus Support.