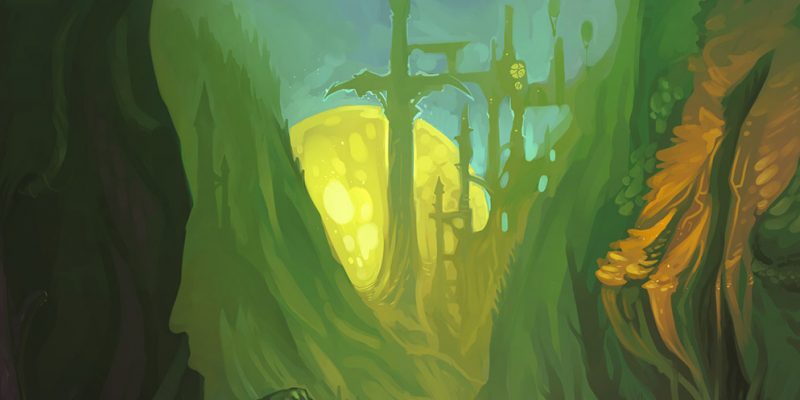 It’s been more than a year and a half since the birth of Vancouver-based developer Extremely OK Games. The team was putting the finishing touches on the final chapter of its mega indie hit, Celeste. With that done, the studio was ready to start on its flagship game. Today, the Celeste developer revealed Earthblade, a 2D action-exploration game set in a “seamless pixel art world.”

Unfortunately, not much of the game will be revealed today. The studio isn’t offering much beyond its concept, some art, and a music track. However, we do get a look into the development of Earthblade in a newsletter posted today by Extremely OK’s Maddy Thorson. Following the creation of the studio, the developing team began a project that they dubbed EXOK1. Earthblade, however, is EXOK4. Four prototypes led the way to Earthblade, and the journey to arrive there wasn’t easy.

“Prototypes EXOK1–3 taught us a lot, but ultimately we ventured way too far from our comfort zone for them to realistically ever get finished,” Thorson wrote. “It took a while, but we feel like we’ve settled on the right compromise between the two with Earthblade.”

Thorson adds that the recent global pandemic you may have heard about also slowed down development.

Looking to what’s ahead

While Extremely OK hasn’t revealed much about Earthblade in text, the team has included some art to enjoy. The game’s artist, Pedro Medieros, created the logo as well as a large poster, showing off what will be included in Earthblade. In the art, we see a world overtaken by nature. The trees are massive, as demonstrated by the cabin near the bottom of the art and the character holding a glowing blade. In the distance, an enormous blade is thrust into the earth (oh, I get it) — also slowly being overrun by vegetation. There are castle-like structures, as well as flying balloons.

Beyond the art, the team released the game’s first bit of music written by the Celeste composer Lena Raine. It has some real Keiichi Okabe (Nier series) vibes — I like it.

I imagine the game won’t be akin to Celeste. EXOK describes it as an exploration game with “action.” Considering the aforementioned glowing sword, it looks like melee combat is in the works. The tall buildings in the poster also suggest there will be plenty of platforming. I believe Earthblade will not be quite as fast or deadly as Celeste, but it’s too early to say for sure.