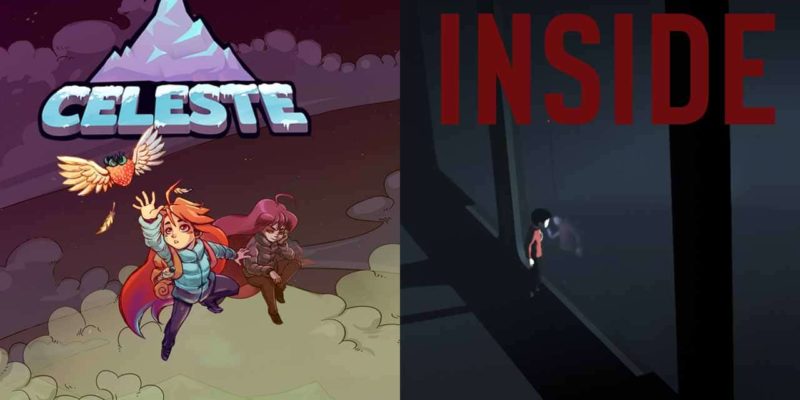 The Epic Games Store has brought some cool games to players for free over the last few months. Just last week, players could pick up Fez simply by having the Epic Games Launcher and pressing ‘download.’ If indie darlings are your thing, you’re in for a treat! Starting today and lasting until September 5, Epic is giving players two critically acclaimed games: Celeste and Inside.

Celeste is an experience where you have to physically and metaphorically climb a mountain. The game is a gruelingly difficult 2D platformer that’s all about utilizing the skills that you’ve picked up while learning from your mistakes. Kind of like life, right? Beneath the challenging gameplay lies a story riddled with self-doubt and fear. In her journey to conqure Celeste Mountain, Madeline finds a friend in another hiker named Theo. They encourage each other to reach the summit, helping Madeline break away from her self-doubt and cope with her anxiety. Celeste sheds a lot of light on the difficulties of living with mental illnesses, and it handles the topic in a delicate and encouraging way.

Inside comes from Playdead, the studio behind the fantastic game Limbo. Limbo was received incredibly well by players and game critics, so, needless to say, the bar was set pretty high for whatever Playdead came up with next. Inside released to as much, if not more, praise than its predecessor.

Set in a bleak, monochromatic world, Inside is a puzzle platformer that uses its dark world and difficult puzzles to communicate a sense of struggle and hopelessness to the player. Which works phenomenally. You’ll feel a constant tension playing through this game, which is only made worse by the lack of sound and dialog in the game. Even though there are no spoken words, the game has a bizarre story ripe for theories and speculation.

Epic keeps adding to the mountain of free game offerings each week. We’ve enjoyed the likes of Hyperlight Drifter and Mutant Year Zero in recent weeks, as well as Fez just last week. Coming up for free on September 5 will be ABZU and The End is Nigh. Be sure to spend some time to grab Celeste and Inside before they’re gone next week!

Microsoft Flight Simulator 2020 — Will it be a comeback or a crash?

The next Resident Evil game is Project Resistance, reveal incoming