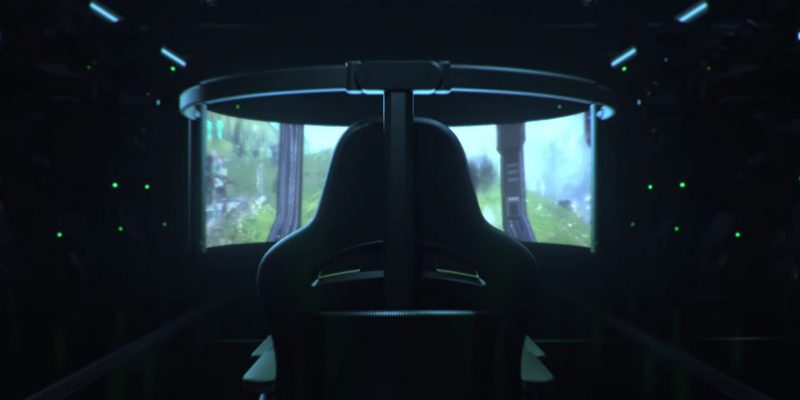 Razer debuted a new concept for a gaming chair today, but it’s not one you’d expect. At first glance, it looks like a suped-up gaming chair. It’s got the slick design of one, some RGB on the sides, but there’s much more to it than meets the eye. This chair does more than support the bottom of any gamer for a length of time — it comes with its own screen. Razer calls this gaming chair Project Brooklyn, but I call it one of the craziest things I’ve seen from this year’s CES.

It’s important to keep in mind that Project Brooklyn is just a concept, it’s not real. Put away your wallets, gamer millionaires, you can’t get this just yet. Instead, Razer is apparently using it as a concept to base other ideas off of. Whether those ideas are equally wild gaming chairs or some other peripheral remains to be seen.

A preview of things to come

If future Razer products are going to be based on the gaming chair shown at this year’s CES, the future will be wild. Project Brooklyn comes with an RGB stand and a built-in desk. Of course, that all pales in comparison to the integrated OLED display. The screen’s arm is built into a compartment attached to the back of the chair. It comes up and over the top of the chair before slowly unrolling at eye-level. Yes, the screen in this insane chair unrolls like a scroll. The full 60″ display should surround the field of view of anyone sitting in the chair.

Oh, and the chair itself seems nice too. It has 4D armrests, although those aren’t too unique, seeing as they’re included in almost every gaming chair out there. What does stand out is what Razer is calling “hypersense technology.” This seems to be some kind of haptic feedback built into the back of the chair meant to immerse players even more. Of course, the chair also sports carbon fiber, because hey, what’s cooler than that?