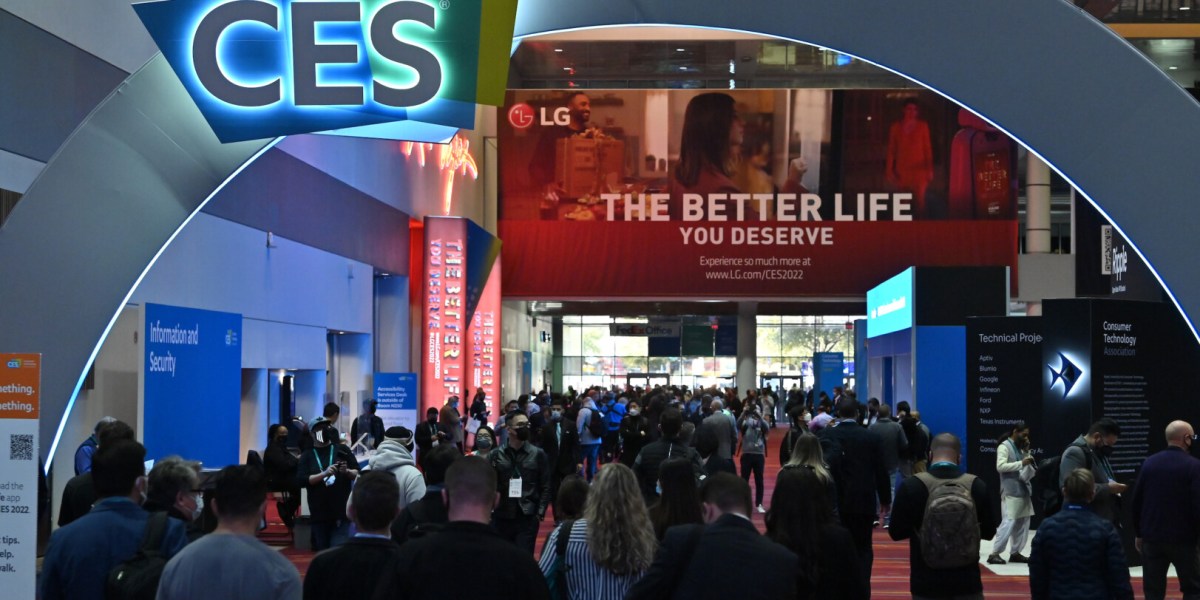 CES 2022 saw the annual expo return to an in-person event, with digital events as well. Though we weren’t there physically this year, for obvious reasons, we were still able to see some great products geared towards the PC gamer. After all, CES is the show where if you can think of it, there’s probably a concept ready to be shown. From new hardware to incredible concept furniture that would up the level of any battle station, we’ve rounded up the best products from CES 2022 that you need to know about.

Some of these are things you can expect to see within months while others are likely years away if they come to fruition. The list isn’t in any particular order because of the variety of offerings, and, to be honest, we wouldn’t have been able to rank them all if we tried. 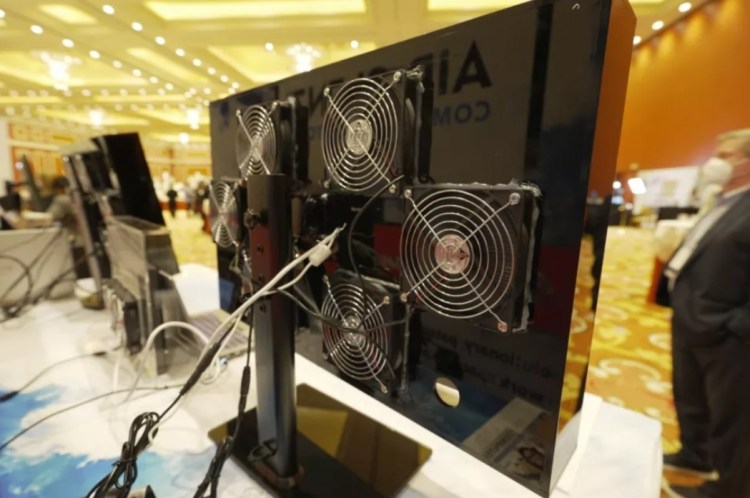 With more and more concern surrounding viruses and germs, it was only a matter of time before more companies started to come up with ideas to combat it at the home or office. Air-Clenz has entered that space with a proof of concept that allows monitors to purify the air while you use it. The prototype they showed off looked rough, but that was the idea.

Rather than make the monitors itself, the company ultimately hopes to license out to manufacturers. Should it come to fruition, it may be one of the more unique PC peripherals ever to be released. 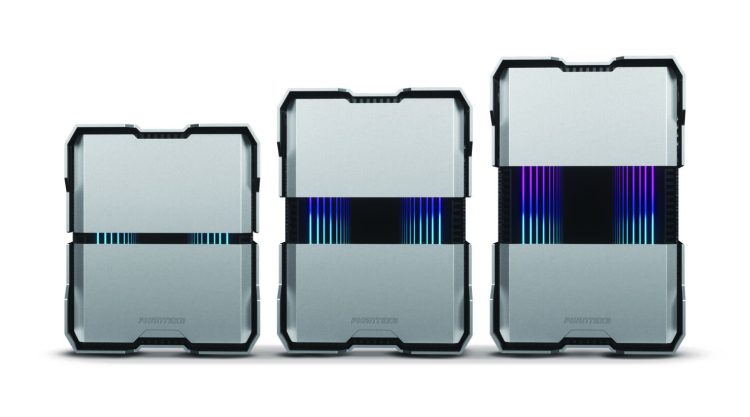 Finding a case to fit your PC build can be more tedious than one would imagine. Phanteks is looking to solve that by giving gamers an nearly all-in-one solution that’ll fit any sort of Mini ITX build you can think of. The Evolv Shight XT PC case is expandable to allow up to a three-slot GPU up to 325mm with the ability to vertically mount the card. While you won’t be able to throw an ATX motherboard in the case, there will be enough configuration options that you’ll be able to find a solution that’s right for you without worrying about GPU size or getting the smallest cooler possible. 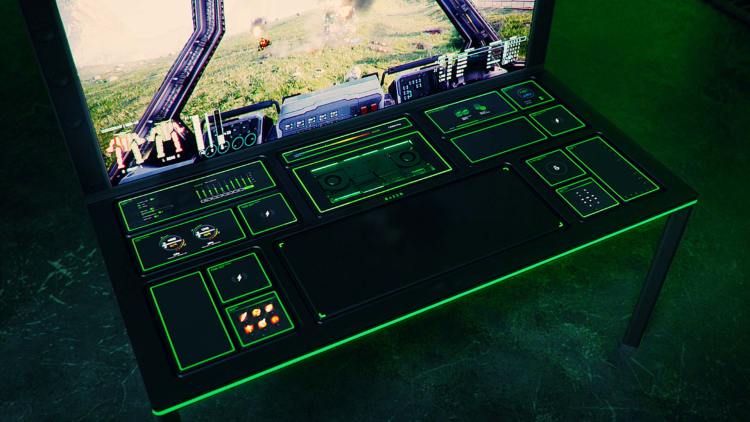 Arguably the most over-the-top of the gaming peripherals shown at CES 2022, Razer’s Project Sophia is a PC gamer’s dream desk. Billed as “The World’s First Modular Gaming Desk,” Project Sophia comes with custom PCB to allow for components to be attached. On top of the desk sits 13 modules that allows the installation of various touch displays throughout. It’s something straight from the future that one could only have ever dreamt of. Even the main display can be swapped with options for 65 or 77 inches.

Of course, because it’s Razer, there is RGB throughout which has be proven to not only improve your FPS by 10 but also up your K/D in first-person shooters by two. It’s science. Will it ever come to fruition? Who knows. But, I will say that I’ll be one of the first to buy one should it ever come to consumers.

We all knew it was coming, but to see Intel announce the full non-K lineup of Alder Lake CPU was a nice kickoff to the event. While the desktop CPUs are obviously great, it was the mobile lineup that has me most excited. We’ve now hit a point in PC gaming where it’s not a compromise to go with small laptops over large desktops anymore. 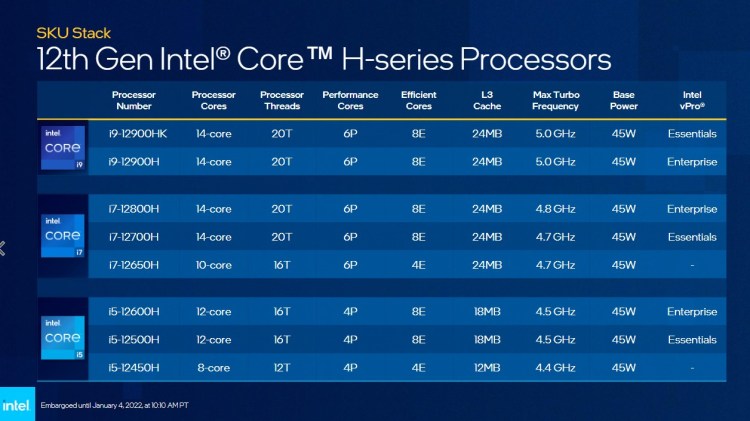 Intel’s 12th-gen H-series processors feature an impressive 14-core, 20-thread design for i9 and i7 chips. The only real difference at a high level is the slightly better max clock speed of the i9 at 5.0 GHz compared to the max of 4.8 GHz the i7 offers. For most gamers, though, that difference won’t matter enough to make the leap over an i7. The new mobile lineup Intel is releasing promises a 44% render performance boost for creators and a 28% gen-over-gen boost for gaming. With Thunderbolt 4 also available, it’s starting to become more and more enticing to grab a gaming laptop and simply hook up a nice display to it for your at-home gaming sessions. 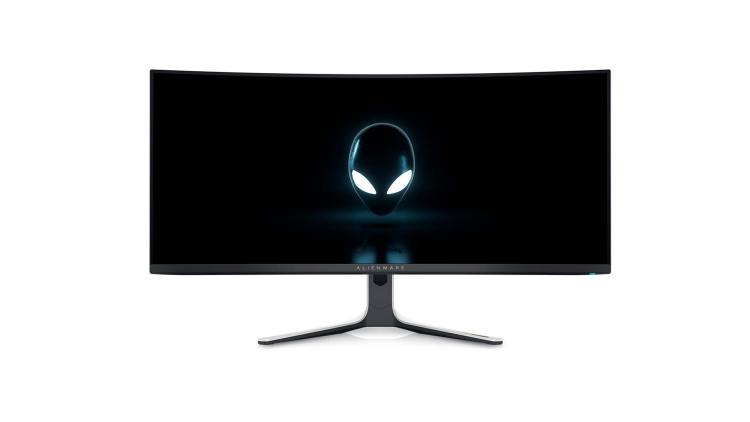 In what signified a look at the next step in gaming displays, both Samsung and Dell took to CES to showcase their new Quantum Dot OLED displays. On the Samsung side of things, the company announced the G8QNB QD-OLED display. This new 34″ curved monitor features a 1440p resolution, a 175Hz refresh rate, and an astounding 0.1ms responsive time. That’s right, I said 0.1ms.

With Dell, they also announced its first QD-OLED monitor under its Alienware brand. Another 34-inch curved monitor features 175Hz at 1440p with a 1ms response rate. What’s unique, or not so unique if you think about it, is that the Alienware monitor will be utilizing the same display technology as Samsung. Competition is great for consumers, and the QD-OLED market is kicking off with a bang.

What makes QD-OLED monitors so great? Well, it combines the OLED technology we’ve been accustomed to with the Quantum Dot technology that’s now finding its footing. QD technology is known for bright and vibrant colors while OLED offers incredible blacks thanks to the ability to switch off LEDs completely. Simply put, it’s bringing together the best of both worlds for a more immersive visual experience.

These monitors at the start won’t be cheap, but it’s a nice sign to see where the next generation of gaming displays will take us in the coming years. 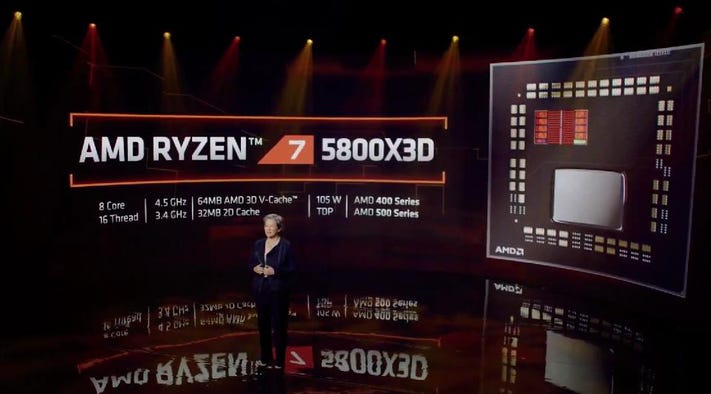 Overall, AMD’s showing at CES 2022 was lackluster in my view. However, there was one thing that stood out and that was the announcement of the Ryzen 7 5800X3D processor. Claiming to be the world’s fastest gaming processor, the 5800X3D is the only AMD CPU to utilize 3D Cache for better performance.

According to AMD, the 5800X3D can give up to 15% performance increases over the Ryzen 9 5900X. The new CPU features eight cores and 16 threads along with 32MB of L3 cache. Though it’s clock speed is on the slower side with a max boost of 4.5 GHz, the 3D V-cache will make up the “performance dip.” It works is by stacking the cache on top of each other as opposed to side-by-side. By doing this, AMD can add an additional 64MB of cache to the processor.

If you’ve been wanting to go with Zen 3 but decided to wait, this may be the reason to make the jump. That said, it’s not built for the future in mind as Zen 4 is on its way in late 2022.

It seems like every year the new Razer Blade lineup gets mentioned as a “Best of CES” member, but that’s for good reason. The laptops continue to improve year over year, and remain a big reason why gaming laptops are becoming more popular with both casual and diehard PC gamers. A full refresh at 14-, 15.6-, and 17.3-inch models, Razer Blade laptops will not only include the latest CPU and GPU technology, but DDR5 RAM makes its way into the fold.

Improved displays on the smaller screens will bring better experiences for gameplay on the go. Though you are looking at a starting price of around $1,999 USD for the smaller Razer Blade 14, you are getting a high-end machine that allows you to experience the best games the way they were meant to be played without compromising. To me, that’s worth the purchase price. 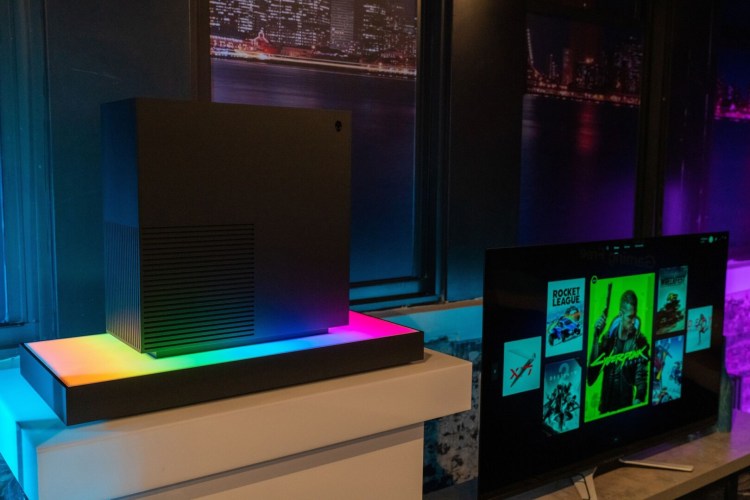 The last thing on the list is likely the concept furthest away from consumer reality. Cloud gaming is something that a lot of companies are trying to develop the best solution for, and Alienware’s Concept Nyx is one that’s sure to pique the interest of a lot of people. Essentially, it would allow players to not only hand off gameplay from one screen or device to another, but it would also let players pause and resume a game session without any sort of restart. Think about it: You’re playing a game in the living room, but your significant other or child wants to watch something. Rather than stop the session, you just pause the game, move to another room and pick up right where you left off.

That’s the type of cloud gaming I’m all for. A local gaming server, or cloud if you will, that allows you to play wherever you want in your home without a restart of any kind. So much better, in my opinion, than one where games are just loaded from servers located elsewhere every time you want to play.

What did you find to be the best technologies shown at CES 2022? You can join the conversation in the comment section below, or let me know on Twitter @MikeStrawMedia.

STALKER 2 has been delayed to early December