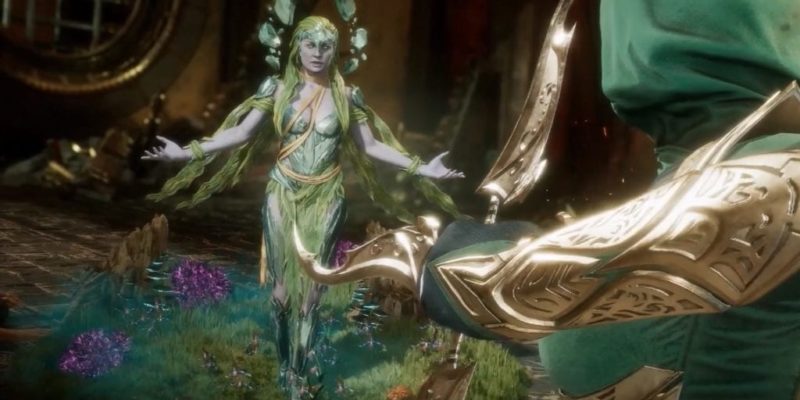 “Only the Avatar, master of all four elements, could…” Wait, sorry, I think I confused one character for another. Not that I can be blamed, mind. Earlier today, NetherRealm Studios revealed its next character for Mortal Kombat 11, Cetrion. An Elder Goddess (whoa), Cetrion exists exclusively in the Avatar State, utilizing the power of earth, fire, water, and air to brutalize her opponents.

The reveal came out of a GameInformer video today. In the clip, Jade finds herself seriously mismatched against the angry goddess — whose “mother nature” look seems like a nod to Poison Ivy. In a grab move, Cetrion summons a rock from the ground and introduces her new friend to Jade’s face. Repeatedly. Cetrion also pulls rocks from below to hurl at her opponent, as well as brings forth small twisters as a stun move. We also see her using water to trap Sonya, only to freeze her and drop her the ground. 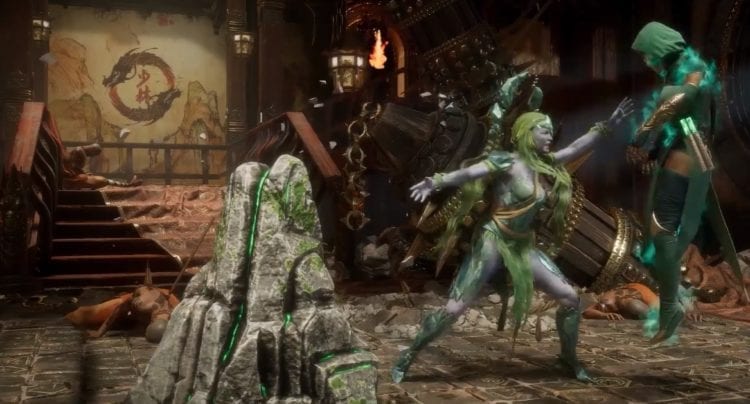 It’s clear that Cetrion is being introduced primarily as a zoning character. At least, that’s what I’ve been able to gather from the reveal. She can float in the air and send a bolt of fire to her opponent’s legs in a low attack, or pull them the ground with vines that burst from the earth. Hell, she even activates her Fatal Blow from a far distance. During this attack, Cetrion drops a rock on Jade’s head, before crucifying the emerald fighter to a tree. She does have some close-combat moves, but her strength seems to revolve around playing the distance game.

Cetrion’s Fatality, however, is the most outlandish we’ve seen so far — and that’s saying a lot. After trapping an opponent in a stone prison, Cetrion grows larger, stomping on her foe. But she doesn’t stop there. After reaching the size of the planet, she sends a beam of light from her mouth down to the surface, turning her hapless opponent into limb confetti. 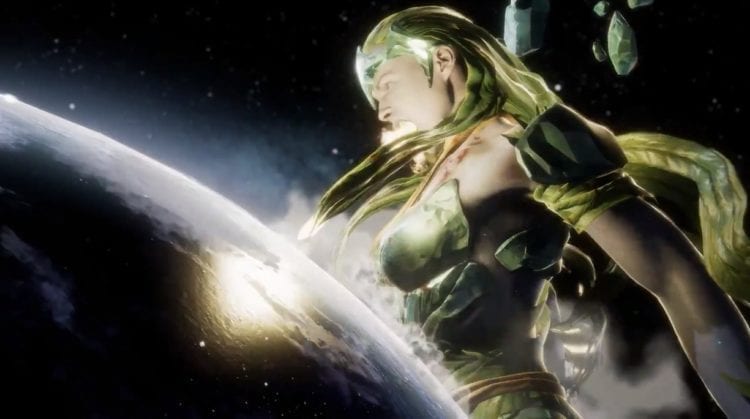 Don’t piss off the Elder Gods.

The Nature Of Change

I’ve been hearing some criticism of Cetrion since her reveal. The most vocal say that she’s not so much a new character as she is an amalgam of various character traits we’ve seen before.

Yes, NetherRealm has been in the fighting business for more than 25 years now. After creating dozens upon dozens of characters with special abilities, it’s only natural that some powers begin to look similar. Her fire beam looks like Black Adam’s lightning bolt from Injustice 2. And her full-body spin attack almost looks lifted off of Starfire from the same game. Even her water-based attacks look like they can be pulled off by Rain, another Mortal Kombat fighter — much to the chagrin of Rain fans, who may not see their favorite sentient Prince pun in this iteration.

Still, I personally enjoy seeing a character like Cetrion in the ranks. She’s certainly an outlier when it comes to the franchise’s design philosophy. She’s different, and different can be good (I mean, how much do we really want to see another damn ninja?). She can really shake things up for Mortal Kombat, and seeing how nature and change go hand in hand, I, for one, welcome our new goddess of nature overlord. Please don’t step on me.

Mortal Kombat 11 is coming to PC on April 23. Check out our additional game coverage here.

Tropico 6 Review – Winning Hearts And Minds, Then Imprisoning The Rest