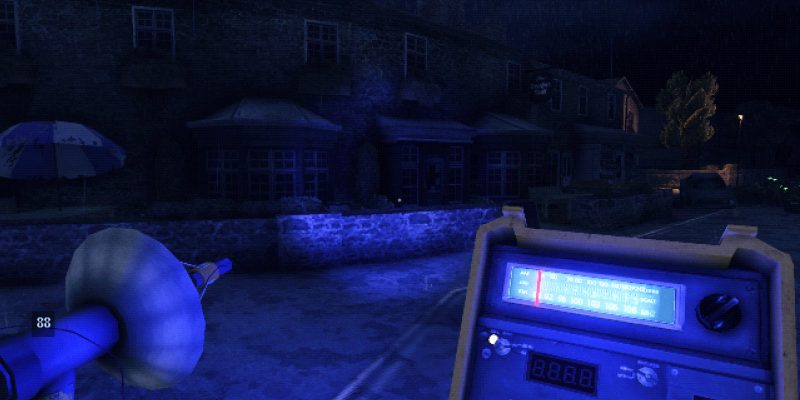 Games evoking the classic art style of PlayStation One graphics may be the new thing. For example, the Dino Crisis-looking Compound Fracture was revealed about a month ago. Hell, even the Valheim developer said the game’s low-resolution textures were due to that mid-’90s nostalgia. Of course, it wasn’t just about dinos back then. The PS1 was made the home of some fairly popular horror games. It was only a matter of time before the genre turned its pixelated head. Chasing Static is a first-person ghost hunting game, and you can try it today with a limited-time Steam demo.

Chasing Static looks a bit like a first-person Silent Hill with a dash of Phasmophobia. The visual style of the game certainly screams PS1 quality. Luckily for us, with the game coming to PC, we won’t have to deal with that console’s framerate. The game tasks you to seek out specters and other apparitions that trouble you with strange noises in the night. You have some equipment at your disposal, such as a lighter and a device to pick up otherworldly audio.

“The PlayStation era had so many great horror games that made an impact on me and gave me nightmares for years,” said Nathan Hamley, founder of Headware Games. “Chasing Static is my attempt to pay homage to those classics and that visual style while scarring a whole new generation with ideas I’ve had percolating for a while.”

Hunting down a haunting mystery

According to developer Headware Games, other inspirations for Chasing Static include ’80s sci-fi horror and “contemporary surrealist cinema.” Indeed, the game has a single-player driven story, in which you hunt down a mystery while exploring rural Northern Wales. Government conspiracies, puzzles, and haunted locations await in Chasing Static, and you can experience some of them today in the Steam demo.

The demo is only available for a short time, however. We don’t know how long it will be playable. It could be a week, or until the game launches (whenever that may be). But I feel it will be short, as the full game will only clock in at around two hours. If you’re hankering for some of that ’90s horror nostalgia, be sure to check out the Chasing Static demo on Steam before it’s gone.

Outriders is coming to Xbox Game Pass, just not for PC