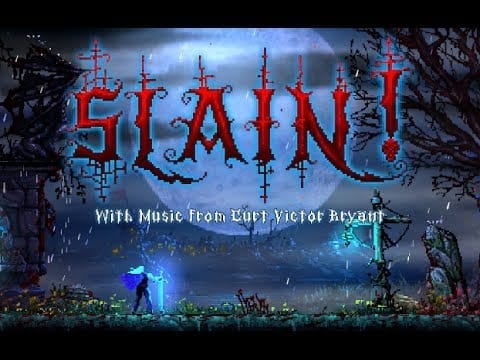 After many delays, the time has finally come to enjoy Wolf Bre Games’ brutal hack-n-slash title Slain! on PC. The game will be available on Steam on March 24 and the console versions will probably see the light of release sometime later this year.

The developers published a cool launch trailer that explains in a few seconds what the game is about: entertaining lighting effects, killing monsters and ghosts in a dark place and dying A LOT of times.

Wolf Brew Games had admitted that they had made a mistake by designing Slain! to be very-very hard, so they had to reconstruct some areas in order to make it more enjoyable.

You can have a look at the official launch trailer for Slain! below and let us know if you feel intrigued about the art style of the title like we did after watching a few videos and GIFs during the last hours.

Get Ready for Orcs Must Die! Unchained Open Beta