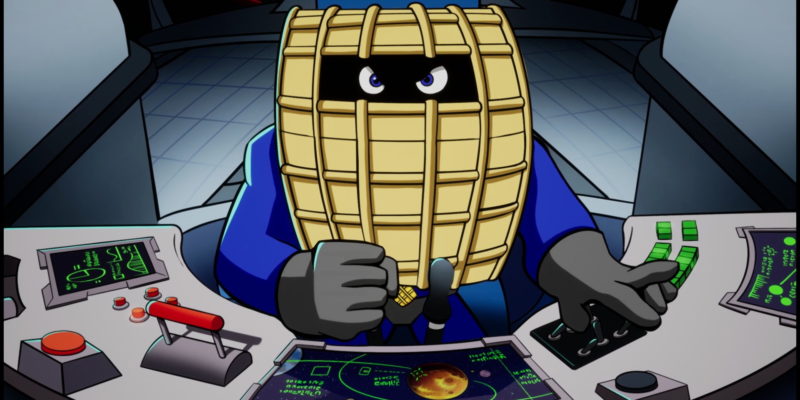 Over the weekend, I managed to beat Chex Quest for the first time. I certainly didn’t expect that to ever happen. It was back in the late ’90s when I experienced this bizarre, Chex-themed first-person shooter built on the Doom engine (Ultimate Doom, to be exact). Even more bizarre to my candy-infused brain was its insistence on non-violence. You sprinted through stages as a heroic cereal man, zapping goo monsters back to their own dimension. In a genre born of exploding demons and flashing cash at dancing pixelated ladies, Chex Quest really stood out. Nearly 25 years later, Chex Quest HD returns the original to the table with a fresh package. However, despite the modern upgrades, the game feels like it’s past its shelf life. 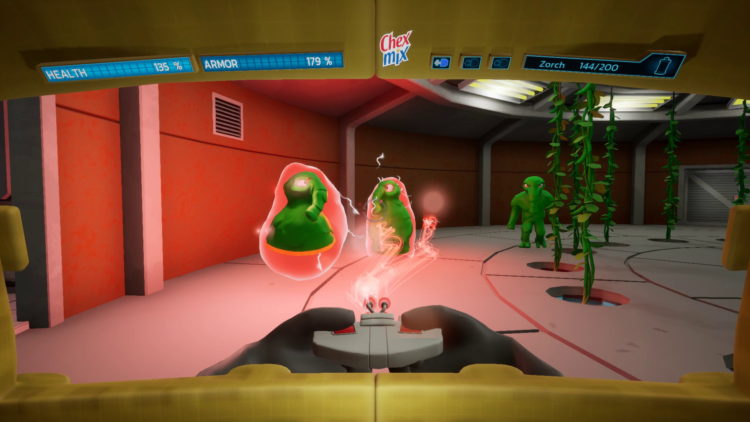 Chex Quest HD is more of a remake than a remaster. The blocky sprites of the original are replaced with full, polygon models, and everything from the levels to the audio have been remade. There’s even free mouse movement, which I’m sure sounds like a strange thing to highlight for a shooter. But remember, kids, we played this game back when you used a keyboard to move, aim, and fire.

The game does take a minimalist approach, however. Graphically the game looks fine, but even though powered by Unreal Engine 4, it won’t leave you dazzled. You can change the resolution (widescreen is supported, naturally) and play around with VSync and anti-aliasing, but that’s about it. The slider bar for look sensitivity only allows for so many choices, which might force you to choose an option between ‘too fast’ and ‘slower than slime rolling uphill’ — unless you adjust your mouse’s DPI. 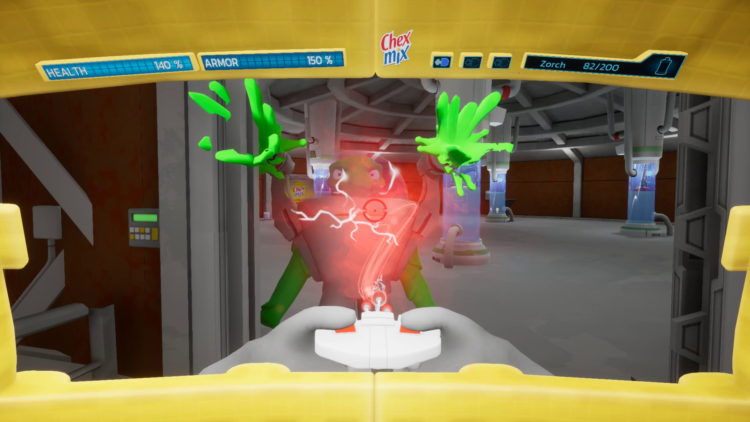 Chex Quest HD still runs along the same parallels of its Doom-inspired original. You play as Fred Chexter, aka Chex Warrior, tackling the slimy Flemoids on the planet Bazoik. There are a handful of weapons comparable to those found in its demonic cousin. You have your pistol, machine gun, and rocket launcher but in the form of laser-spewing blasters that merely send the Flemoids back to their own realm — non-violently, of course. The levels are nicely varied, ranging from usual corridors to warehouses and caves. You run through the world, hopping over platforms and grabbing colored keys to open colored doors. It’s your typical ’90s shooter on full display.

But unlike the usual shooter, the gameplay lacks a lot of, erm, crunch. You sleepily glide through the game like a camera on skates, firing weapons that don’t have any real impact. It’s difficult to register damage done by enemies due to a shortage of audio cues and a limited UI effect. You’ll hardly notice if you’re being attacked from behind until you’re low on health, leaving you scrambling for plates of fruit to replenish it. (Not cereal, oddly, but I guess it is just part of a balanced breakfast). In fact, I died a couple times in the last stage because I didn’t realize I was taking damage from the river of green slime I was wading through, forcing me to start the level all over again. 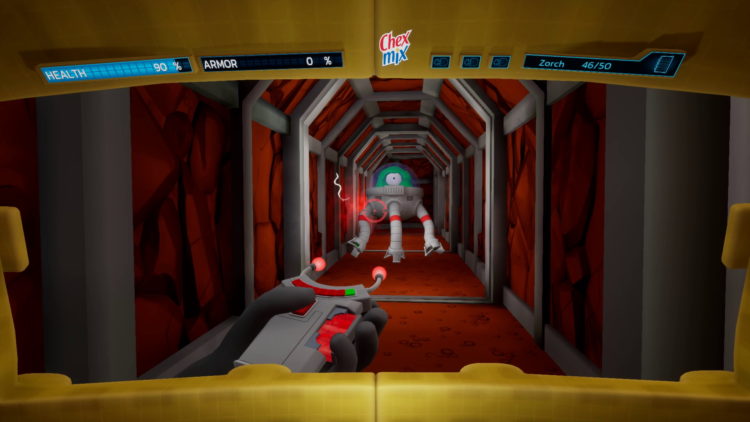 Despite being on the short side, Chex Quest HD does get repetitive fast. From the lethargic combat, to the simple music, and Chexter’s rapid-fire quips he belts out after nearly every item pickup (sometimes stacking on one another), it doesn’t take long for tedium to settle in.

To be fair, I am a tad over the age range for this game. Like the original, Chex Quest HD is designed for kids under the age of 10, and it might be just as enjoyable for them now as it was for me back in the day. The game does include more than a single-player campaign. There are five additional characters that can be unlocked with codes found in marked Chex products. Each one plays about the same, from what I can tell. But they all have their own quips (oh, joy!) and unique ending. There’s also a four-player couch co-op mode and controller support — with a dedicated quip button (oh, joy!).

Chex Quest HD is a short ride through checkered nostalgia. The original 1996 game that came in boxes of Chex cereal (with 50 free hours of America Online!) aped Doom, but was never meant to be more than a brief distraction after your Saturday morning cartoons. It ran at just under an hour, and Chex Quest HD will take about the same amount of time to complete. However, Chex Quest HD will be free to play on Steam. This is a good thing, as it’d be a tough sell for the curious and sentimental fans alike, regardless of the high-definition glean.

Destiny 2: Felwinter’s Lie quest guide – The Lie is finished, but the last part is bugged [updated]