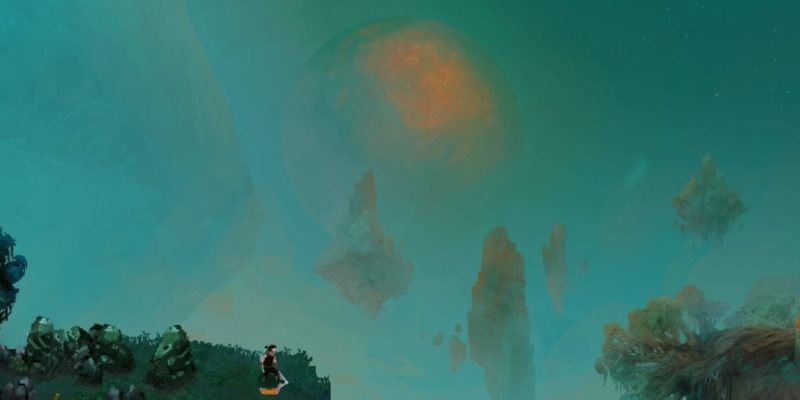 A new, limited-time demo of Children of Morta is available on Steam until June 22. The game tells the story of the Bergson family, who have been a long line of protectors making their home on Mountain Morta. The gameplay itself is an enjoyable rogue-lite adventure, and the demo lets players explore through a dark forest to discover the effects that a spreading corruption has been causing. Later, players can delve into a spider cave, and that’s where the game really starts to show its rogue-lite bones.

I spent a few hours playing Children of Morta. I had so much fun that as soon as I’ve wrapped up my thoughts here — I’m going to jump back in for more. Until then, these are my thoughts on the portion of the game that’s playable in the demo.

There’s Morta the story than just what you’re told

The thing that caught my attention the most is just how great the art in Children of Morta is. I initially wanted to draw comparisons between it and Hyper Light Drifter, being that they have a similar character and world art style. Both use neon lighting effects to give a sense of enchantment too. Morta has a lot that separates it, however. Where Hyper Light Drifter uses bright, almost fluorescent, colors to create an alien-looking landscape, Children of Morta smartly uses darker tones.

It really makes the different areas that you can explore in the demo feel desolate. Almost like you’re the first one to explore them in a very long time. It really sells the notion that the world was once a bright and magical place, but the dark energy that you’re trying to expel has completely consumed it. Where there are specs of color, they stand out. Coming across these feel as if you have at last found a place that you’re safe from danger, even though there is nothing actually there preventing the monsters from taking a bite out of you.

Children of Morta lets the world tell an important part of the story through its art, at least in the portion available in the demo. Grandma Bergson can tell you about how dark the world has become, but experiencing this dynamic in your exploration sells that more than any narrative could.

Another huge strength seen in the demo is the game’s writing. The opening explanation of the world and its events, together with a wonderfully voice acted script, sold me on the game immediately. It’s not just strong in cutscenes, but the little snippets here and there that describe characters or provide explanations are just as good. If the rest of the game has the same caliber of writing that this demo does, I think that Children of Morta could release with one of the best stories of the year.

The gameplay in Children of Morta is a rogue-lite, through and through. You dive into a dungeon and try to make it as far as you can before an enemy gets the better of you. In your adventures, you will level up characters and collect gold that is used to upgrade stats like health and speed. Then you jump in again. There is no permadeath to worry about, as your character is teleported back to the family home before they can be killed (which is great because I’d hate to be responsible for the end of a lineage).

I’m a big fan of the decision to not make dungeons procedurally generate a new layout each time you start. This lets players obtain not only a mastery of the combat and upgrade system, but the expertise of navigating the layout they are currently working through. Once you’re familiar with the area, you can simply speed through it until you reach a section you have yet to discover.

In the demo, I played as both John Bergson and his daughter, Linda. John is equipped with a sword and shield, so if you play him you’re going to be right in the middle of the action. Unique to John is the ability to use his shield to block most incoming attacks. Where this works, it almost works too well. When I’ve held up my shield while being surrounded by enemies, I’ve been able to avoid taking any damage and dispatch other melee-based enemies such as skeletons fairly easily, since John can swing his sword while holding up his shield.

There is also a skill that reflects a percentage of the damage an enemy attacks with back at them if you’re shielded. So, if you’re really struggling or are backed into a corner, you have a pretty good chance of making it out. Just make sure to keep your left shift button held down. There are a couple of enemies who seem to be able to damage you regardless of if you’re using your shield, and when they are paired with melee attackers you can find yourself in some very tough situations. The more skills you unlock through leveling up, the easier these situations are to handle. It’s your standard rogue-lite progression system. 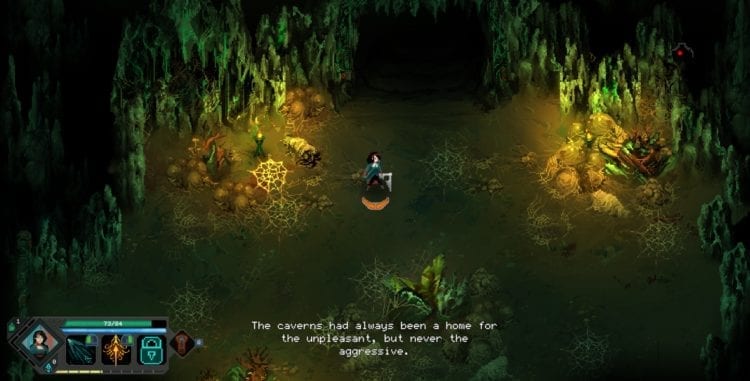 While playing as John was a great way to learn the game’s mechanics, I found myself preferring to play as Linda. She attacks with a bow and does best when keeping a distance from enemies. She is able to dodge more frequently than John. That means you can stay near enough to enemies that you can pick them off more accurately while retreating easily once they start getting too close.

You might think it would be hard to deal with larger groups as Linda, but I found it much easier to do so than with John. Linda has a skill where you can rain bomb arrows down from the sky. Preparing for an encounter with a horde of enemies by using this skill makes picking them off one by one much easier. Conversely, when enemies start to surround you, dodging out of the group and then using this skill helps to scatter them while taking out any of the ones whom you’ve weakened beforehand.

There are six total Bergson family members to choose from, so if neither John nor Linda sounds like your kind of fighter, I would imagine one of the others will.

Verdict on the Children of Morta demo

Honestly, Children of Morta is a ton of fun. As in, “What are you doing reading this when you could be playing it?” kind of fun. Combat feels simple at first, then quickly gets to a point where it doesn’t shy away from making you sweat. Death really never becomes a nuisance because there is always some sort of progression with it, either in upgrading your abilities or getting some extra story beats about the family. The world that the game is set in is beautiful and tragic all at the same time, and I can’t wait to uncover the mystery of its events when the game launches later this summer.

If you’re interested in trying the Children of Morta demo, hurry over to the game’s Steam page to check it out before it’s gone on June 22.