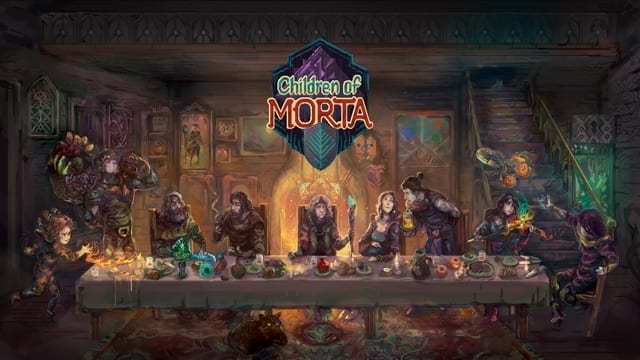 If you can’t get enough of ARPGs and great pixel art, here’s just the thing for you. Publisher 11 bit studios and developer Dead Mage have just announced that Children of Morta will release on Sept. 3 for PC. The announcement comes with a brand new release date trailer that shows more of the game’s great pixel art. It also features a narrator who shares some thoughts on the game’s themes of family. It lends the game an interesting depth beyond its ARPG gameplay.

There was also the intro we saw in the demo that was available for a while back in June. In it, we learn that corruption has spread and is transforming the once peaceful Mount Morta into a dreadful nightmare realm infested with monsters. You’ll lead the Bergsons, a family of heroes, each with their own flaws and virtues, into this realm in order to push back against the monsters. Along the way, you’ll find out whether you’ll be able to sacrifice everything to save your family.

According to the developers, Children of Morta aims to deal with themes that feel closer to our normal lives. Telling a story of love and hope, longing and uncertainty, all those simple and basic emotions we know so well in our world. Ultimately, the game leads to a reflection on loss and the sacrifices we all must be willing to make for the ones we care about. These are lofty themes to approach in an ARPG with cute pixel art, but it just might work.

According to the launch trailer, Children of Morta will be available digitally for PC on Sept. 3, and for Nintendo Switch, PlayStation 4, and Xbox One on Oct. 15. If you’re still a boxed copy aficionado, you’ll also be able to get a PC copy in Europe and Australia from Merge Games in some retailers. For more information, follow the game on Twitter and Facebook.

Are you picking up Children of Morta on release? Do you like this kind of ARPG with more mature themes? Leave your comments below!

Sin Slayers: The First Sin tasks you to slay, um, sin this September