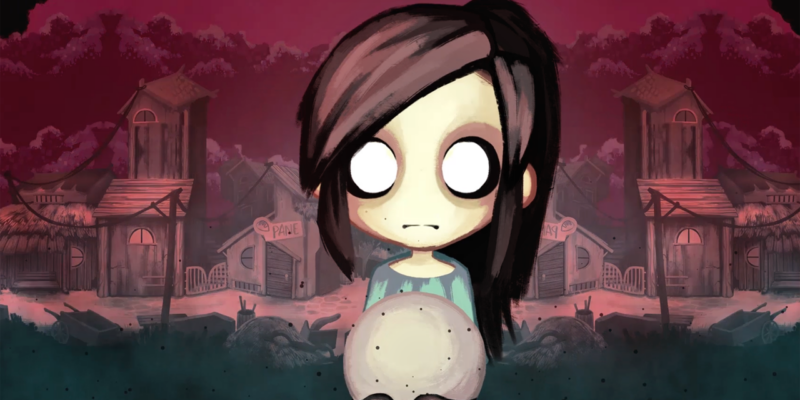 On November 25 of last year, developers Elf Games and Luna2 Studio put out a free prologue chapter for their upcoming adventure game Children of Silentown. Although brief, the prologue left a considerable impression on those who played it, in large part due to the game’s distinctive art style and story. Naturally, fans of the prologue will likely want to know when the full game will hit online stores. Although the developers have not yet revealed a specific release date, they did announce that the full Children of Silentown experience will become available sometime during early 2022.

This announcement came with a minute-long trailer that showcases the game’s macabre atmosphere and style. The sketchy, hand-drawn look of the backgrounds and characters appropriately sets the tone, and the large, almost soulless eyes of nearly every character onscreen hint at a world rife with fear and dread. Although the gameplay footage certainly looks eye-catching, the fully animated cutscenes serve as the real stars of the show when it comes to the game’s visuals.

Don’t venture too far from home

According to a press release, Children of Silentown sees players controlling Lucy, a young girl who resides in a village located near a dangerous forest. Many of the villagers have disappeared through unknown causes, and both Lucy and her friends remain perpetually afraid of the forest’s numerous monsters. Eventually, Lucy decides to investigate the mysterious disappearances, but the threat posed by the monsters of the forest remains palpable. Players can help Lucy uncover clues by roaming around the village, solving puzzles, partaking in minigames, and even singing.

Children of Silentown certainly looks like an intriguing adventure game to play through. If the prologue’s Steam reviews are anything to go by, the final product may prove to be quite special. Ultimately, though, players will have to wait until at least early 2022 to see just how special Children of Silentown can be.

Pathfinder: Wrath of the Righteous — Guides and features hub