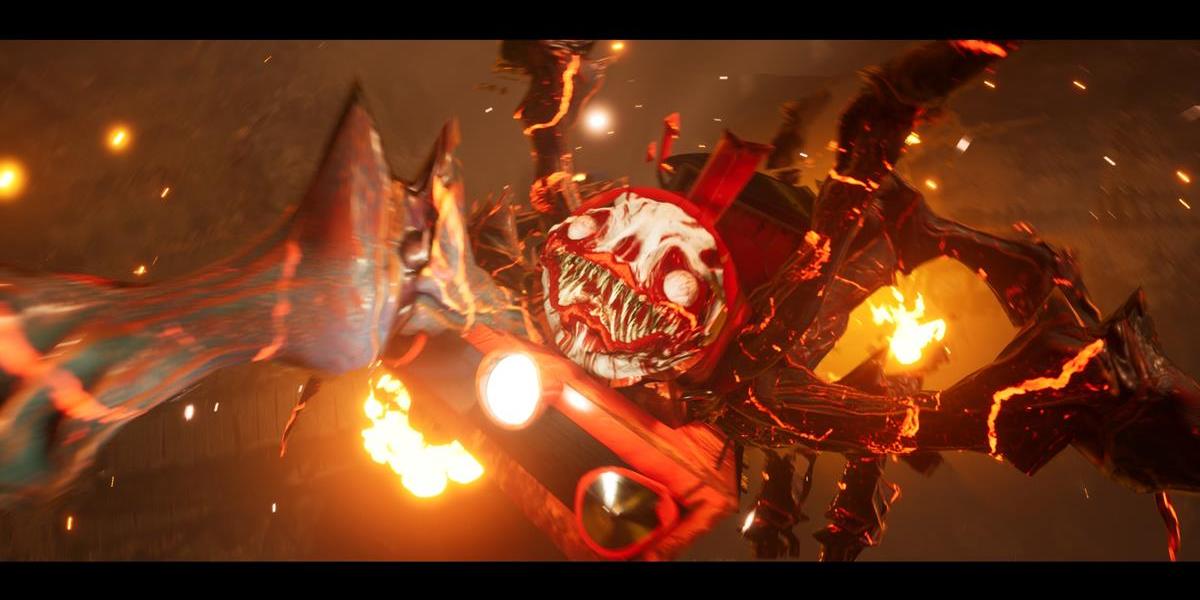 You’ve acquired all three eggs and placed them in the pedestal, so now it’s time to finally put Charles down for good. He’s not really all that tough, but that depends on which weapon you’re using and if you’re quick enough to heal when you need to. In case you’re having a bit of trouble, I’m going to break down how to beat Hell Charles in Choo-Choo Charles, so that you can send the train back to his maker without too much trouble. I do recommend going and grabbing the Bob weapon if you want an easy go of it.

After the cutscene where you interact with the prism, you’ll find yourself in your train. Interact with Bob to aim it and shoot Charles right in the face. What’s so great about Bob is that each individual hit stuns Charles briefly. As long as you hit him consistently, he won’t be able to hit you very often. Even better, Bob’s rate of fire means that you can shoot repeatedly without worrying about overheating as much as you would with other weapons. Just make sure to stop firing for a second if your gun is about to completely overheat, as you don’t want to be left without a way to make Charles back off. 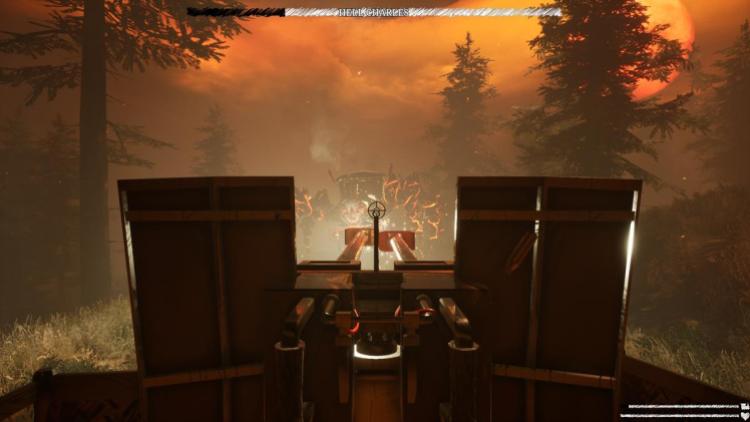 How to beat Hell Charles in Choo-Choo Charles

You’ll definitely want to keep an eye on your train’s health bar. Once it gets down to its last third, consider leaving the firing mode and interacting with the blueprints to repair your train with scrap. You should have plenty. If you don’t, even just having a few scrap should give you enough health to finish Charles off, provided you’ve upgrading your armor and damage sufficiently. Just keep shooting and a cutscene will play shortly after you deplete the last of his health. That’s all you need to do to kill Hell Charles in Choo-Choo Charles.

Choo-Choo Charles — How to get the best weapon: Bob

Pokémon Scarlet and Violet: How to knock Pokémon out of trees

By Daniel Pinheiro41 mins ago
Guides

Marvel Snap: How to get and equip Titles

Pokémon Scarlet and Violet: How to make an Egg Power 3 Sandwich

Pokémon Scarlet and Violet: How to reset EVs

Where to Find Blue Access Cards in Warzone 2 DMZ

How to get Player Icons in Overwatch 2