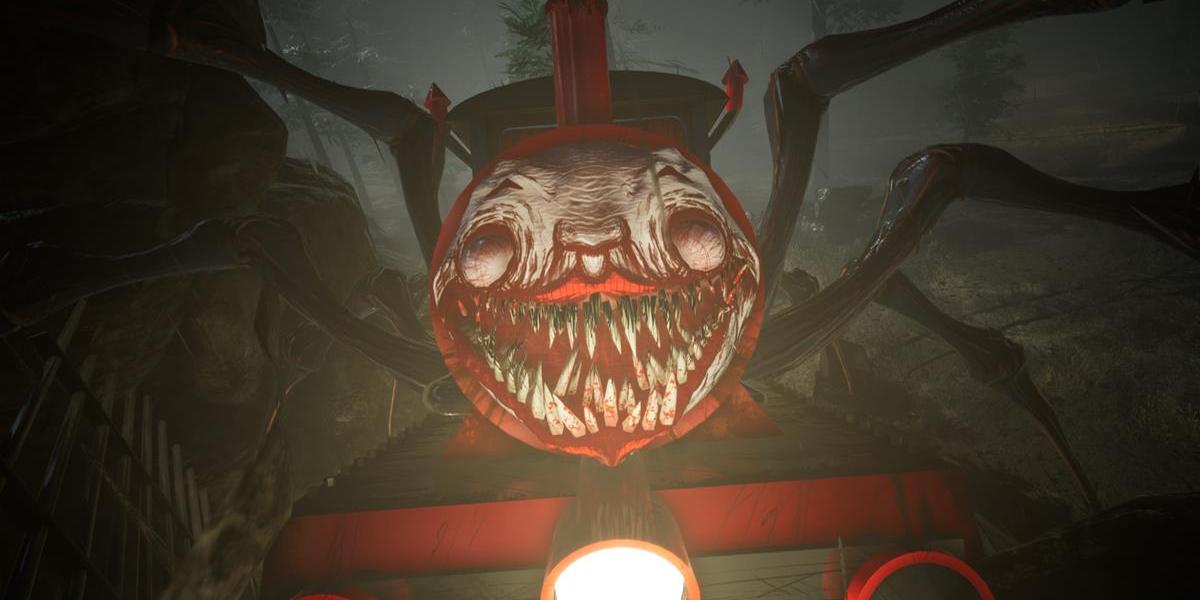 Being hunted by a monster that’s half spider and half train is the kind of creepypasta fever dream for which the internet exists. Wandering alone out in the wild, only to hear an ominous train whistle bellow in the distance is an effective bit of horror. Choo-Choo Charles does some things well, but its overt simplicity, reliance on fetch quests, and broken enemy behaviors make it more of a curious indulgence than any sort of gratifying experience.

Choo-Choo Charles casts you as an individual that’s been brought to a mysterious island to finally end the spider train’s reign of terror. A mining magnate seems to have formed some sort of cult and forced his mine’s employees to live there despite the constant threat of being devoured by an evil locomotive. Despite being developed by an indie dev, all the dialogue in the game is fully voiced. Even more strangely, the voice acting is pretty good, despite the fact that the character’s mouths don’t animate. This is jarring, but it’s certainly not any worse than having awful talking animations would have been, so I can’t hold this against anyone.

The game starts with the old man who brought you to the island tutorializing before you get set free. You can go wherever you want on the open-world island at any time. There are main quests and side quests scattered all around, with the main quests tasking you with finding three eggs and setting a trap in order to summon Charles and kill him. Optional quests reward you with scrap and new weapons for your train. You use scrap to upgrade and repair your train, which you’ll need to do to kill Charles and save the day. I’m on a train, I can complain

You can upgrade your train’s speed, weapon damage, and armor for increasing amounts of scrap. Scrap is also frequently found lying around. If you’re like me, you’ll look for it everywhere because we’re easily amused by shiny things. Well, they’re not shiny, but you get what I mean, I hope. You’ll also find paint cans that you can use to paint your train. Many of these are semi-hidden. Similarly, you’ll find hidden caches of scrap and notes that grant lore.

The backstory is kind of interesting, but the world itself looks fairly poor. It’s sort of impressive for an indie game, but it’s bland and utilizes murky, redundant colors. Charles is rather menacing, though, obviously meant to be a horror-themed Thomas the Tank Engine, which it accomplishes successfully. When you hear his whistle, he comes for you and you need to either hide somewhere he can’t reach you (any interior) or damage him using your train’s weapons to make him leave you alone. Your train starts with a weak Gatling gun, but you’ll find a flamethrower, rocket launcher, and another mounted gun if you do the side quests.

The quests are all varying degrees of the fetch variety: go to this spot, grab this thing, and come back. There’s not much more to elaborate. Side quests in the game work well enough, but they’re pretty dull. A couple of them are quite creative, though, with some caveats. One sees you walking across a swamp to retrieve a carcass for a witch. Only, there’s something in the water that will attack you if you move while it’s near. This is horribly tedious. Another has you collect strange drawings while avoiding an enemy that teleports you somewhere else. This is also tedious, but at least it’s interesting. Most literally just have you go to a place, grab a thing, and bring it back for a scrap reward. 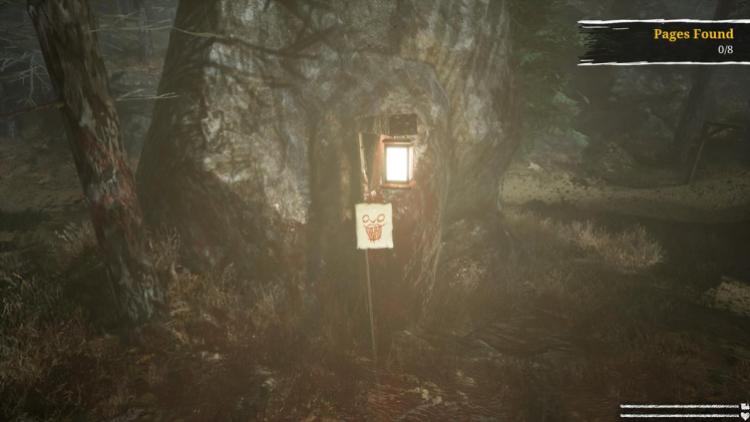 There is no escape

Choo-Choo Charles is very functional when all of the above is happening. But the issue is with hostiles, and Charles himself exemplifies this. If he shows up and you’re not riding your train or near an interior, you just die. There’s nothing you can do. Okay, fine, it builds tension. But whenever he showed up and I waited indoors for him to go away, he never did. Every time this happened, I stood around while Charles clipped through the wall for minutes on end. Since he didn’t despawn, I had to quit out to the menu and then continue, which would despawn him. I don’t know if the game forgot to have him despawn or what.

You lose scrap when you die, although it’s a small amount. If you’re on the train and Charles attacks, it gets damaged. Since a single scrap only repairs your train 10%, it’s better to just let Charles kill you than allow him to damage your train. There’s an obvious lack of follow-through when it comes to enemies. The surface-level ideas are all present, but the game makes no effort to make them work within an open world.

But the human enemies are worse. There are foes stalking certain areas in Choo-Choo Charles. When the game introduces them, a pop-up mentions stealth. But there isn’t really stealth; you can’t sneak, you can’t crouch. The enemies spot you very easily, to the point where it’s better to just run and zig-zag whenever they’re around. Although you occasionally come by enemy guns in their hideouts, you can’t take them. Worse, they literally don’t stop following you. If you get spotted, you either have to get to the train and leave them in the dust or die. Again, the lack of follow-through. The game’s best weapon is gated behind a scenario where you must sneak into an enemy base and taking the parts for it. Since there isn’t stealth, this is horrendous. The only way I found to manage the enemies was to quit to the menu and reload the auto-save. This would usually reset enemy positions, or at the very least make them forget about me. These enemies feel like an afterthought, damaging the experience along the way. At least your health regenerates automatically.

I did every quest in Choo-Choo Charles and found most of the paint cans. The game took me three hours. I had an okay time while exploring, messing with the train, and fighting Charles, but the frustrations with the enemy design (or lack thereof) made the game more of a pain than I was expecting. It’s a novel idea that’s more of a tech demo than a full-fledged experience. As it is, it feels like a somewhat unfinished $5-10 game that might turn out a lot better after some patches improve the enemies. It’s an okay way to kill a few hours, though.

Choo-Choo Charles is undoubtedly an amusing concept. But it feels more like a semi-polished tech demo than a retail experience, which isn't helped by the awful enemy logic.

Choo-Choo Charles — Quick tips to get you started