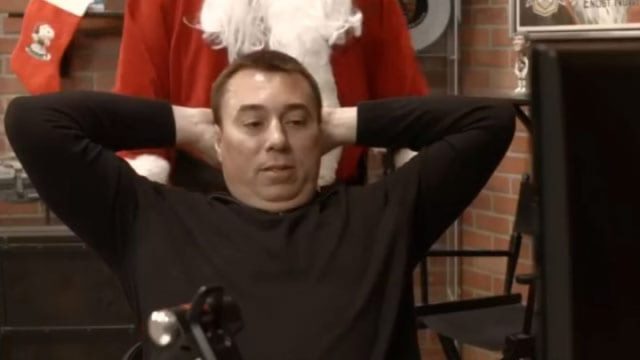 Yeh. This is pretty fuxored. Show set this up?

You have to feel for Chris Roberts when watching the video below. It really could not have gone any worse as he attempted to play the latest build of Star Citizen on a live stream.

Every PC gamer has experienced what Chris experiences in the video, the PC locking up, the hotkeys not set correctly, the controller not working. We have to assume his tech team had tested the system prior to the live stream or this was some some sort of cruel Christmas prank.

Even the game wasn’t playing ball when he did get in. Trying to order a ship to the platform failed, and when he did decide to chance it and head to the platform to find another player’s  ship, there were no ships there. Eventually a ship was ordered to the platform but taking off wasn’t happening either as Chris fumbled around with a controller in an attempt to launch.

Finally Chris gets underway only to pick a destination that is “closed to the public” and then the game completely locks up on him.

Chris puts on a brave face grinning through the whole disaster while giving the odd death stare glance to people off camera. You have to feel for the guy.