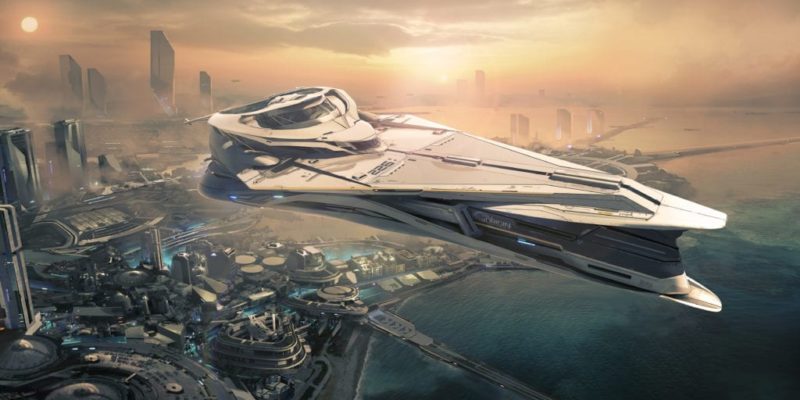 Following Derek Smart’s unrequested refund of his $250 Kickstarter pledge to Star Citizen, other users had begun to query whether CIG would be open to further refunds.

A post from CIG’s Ben Lesnick confirms that this will not be the case, as per the game’s current Terms of Service (ToS.)

In the same post, he states that Smart’s refund was provided on the basis of Kickstarter’s ToS, which allows project developers to (as Lesnick has it) “refund troubled users who we would rather not have interacting with the community.”

“Think of it as the video game equivalent of a ‘we reserve the right to refuse service to anyone’ sign in a restaurant,” he adds.

I believe I can clarify this. We refunded Mr. Smart’s package because he was using Star Citizen as a platform to gain attention as part of a campaign to promote his ‘Line of Defense’ space game. Our ToS (or in this case, the Kickstarter ToS) allows us to refund troubled users who we would rather not have interacting with the community. The process lets us entirely disable their accounts, preventing them from playing the finished game. Think of it as the video game equivalent of a ‘we reserve the right to refuse service to anyone’ sign in a restaurant. We’ve used this ability a limited number of times in the past, always with the aim of improving the community (until today, the most famous example being our old friend jcrg99/Manzes/PonyMillar/he of many other alts.)

I do now want to stress that that is not to say you can get your money back by simply being as obnoxious as possible; we’re also able to ban accounts from the forums without requiring a refund. But sometimes we take a look at a user and decide that they’re so toxic or their intentions are so sinister that we simply don’t want them associated with Star Citizen.

As for refund requests working the other way: per the ToS, we’re not required to offer them. We do try and work with backers who are facing hardships, but the hard truth is that the money is by necessity being spent to develop a game rather than sitting unused somewhere (that being the significant difference with Steam; those refunds are taken out of their games’ profits rather than their development budgets.)

The Kickstarter Terms of Use state: “You can refund individual pledges if you want. After your project has been funded, you can cancel and refund a backer’s pledge at any time. If you do, you have no further obligation to that specific backer, and no agreement exists between you.” These are the Kickstarter ToS under which CIG have given Derek Smart his money back.

However, Smart takes serious issue with the other comments and actions taken by Lesnick.

“Contrary to what they posted” he tells PC Invasion, “I have NEVER – EVER – posted on ANY RSI [Roberts Space Industries] forum or website, nor advertised ANYTHING. My blog is mine, and I can post ANYTHING I want in it.”

Further, he says that “what Ben [Lesnick] said in the forum post, is … pure libel and a violation of privacy because they had NO business even disclosing WHY they refunded me.” Smart is citing Sections 2, 4 and 5 of CIG’s own Privacy policy in support of this statement.

He also feels CIG had “no cause” to terminate his Roberts Space Industries (RSI) account. Presumably as (since he has never posted on said forums,) he has not violated any Terms of Service regarding conduct.

Addressing refunds for other users, Lesnick says “As for refund requests working the other way: per the [Star Citizen] ToS, we’re not required to offer them.”

That’s the stance Star Citizen and CIG have always taken over general refunds, but it has never been actively tested against competing legislation like the UK Sale of Goods Act, or more recent EU legislation pertaining to the sale of digital goods (laws which prompted the recent introduction of Steam refunds.)