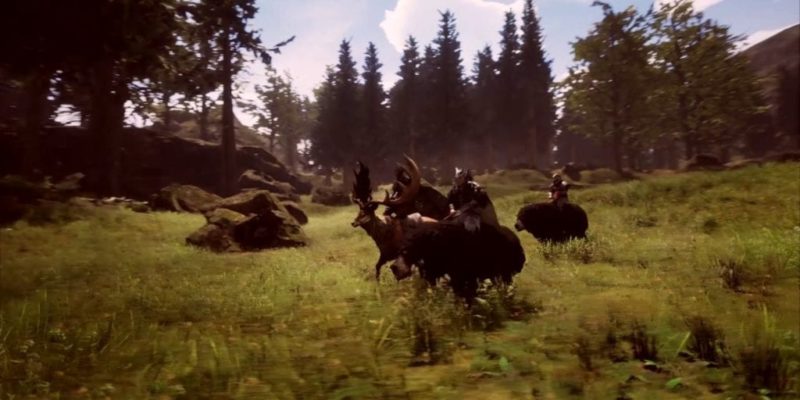 Blue Isle Studios (Valley) have announced that their next project, sandbox RPG Citadel: Forged With Fire, will appear on Early Access later this month. Wizardry, exploration, and (possibly magical) building will be unleashed on 26 July.

Judging by the announcement trailer (below), Citadel: Forged With Fire seems taken some cues from Skyrim and added lot more mucking about. Specifically, mucking about with wizardly pals. “Our biggest goal with this title is to work closely with our community to build the ultimate fantasy sandbox game that is playable online with friends,” says Blue Isle’s Alex Tintor.

Sounds like you’ll pretty much be left to your own devices in terms of what type of activities you want to get up to; be that learning spells, taming animals (I spy bear riding in the video), fending off dragons and orcs, or flying about on a broomstick. There’s also going to be crafting and building, of course. Come on, you knew crafting and building would be included too.

Alliances can be formed, and an array of costumes and weapons are promised for a wealth of wizard customisation. If you fancy playing Citadel: Forged With Fire in closed beta, you can fill in the following survey for a chance to do just that.