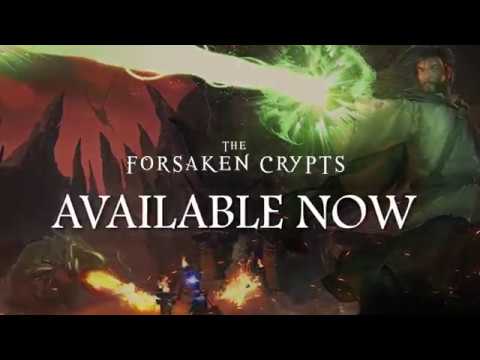 It adds three ancient mausoleums to the land of Ignus. Once ruled by mighty wizards, the fortresses are now in disrepair and ruled by three terrifying beasts (plus their attendant creatures). Endless riches and priceless artifacts are said to be found within these lairs. If that sounds like new end-game activities to you, you’re absolutely right.

Each of the three areas are intended for high level parties to tackle as a group, and each one ends with a battle against a boss monster. Playing and re-playing the end game dungeons will reward you with suitably powerful weapons and trinkets. These include three new sets that can only be obtained by defeating the bosses.

Citadel: Forged With Fire had what appeared to be a fairly successful release into Early Access earlier this year. It had strong concurrent player numbers, but those significantly tailed off around mid to late August. Game optimisation was a big problem; the title barely ran on my 380X (which, while not the best GPU in the world, is relatively fine at 1080p with most other titles). Perhaps this expansion can rejuvenate player interest.

The Adventure Pals Will Arrive In Spring 2018