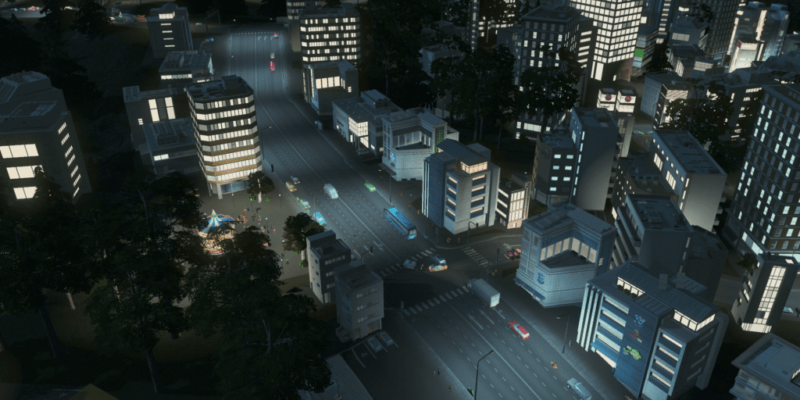 When Cities: Skylines was released earlier this year there was one glaring omission from the feature set: a day and night cycle. Many players were left scratching their heads wondering why Colossal Order had decided to leave it off the list.

Any Skylines player will tell you that it’s player creations and mods that have helped make this such an excellent sandbox city builder, and, despite the mod makers’ best efforts, there’s not been a mod that could create a day/night cycle to perfection.

For Cities: Skylines, Paradox has decided to emulate the same expansion release and pricing model we’ve seen with their previous games like Crusader Kings 2. After Dark will be the first such expansion for the city builder, and includes a fully functioning day/night cycle.

Before anybody does the Invasion of the Body Snatchers pose and screams “cut content!”, bear in mind that Colossal Order are going to give the day/night cycle part of the expansion away to all players, for free. The rest of the paid After Dark expansion will consist of other new features. 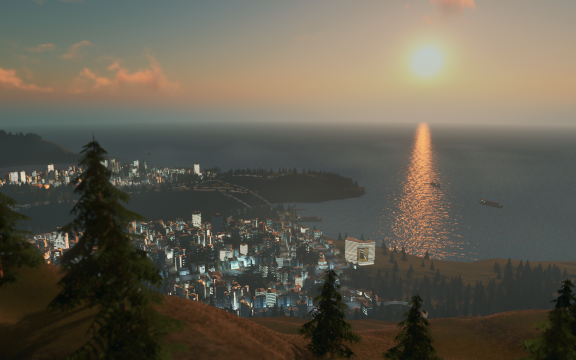 When the sun goes down over the player created cities, they’ll come alive with a host of new features centered around urban nightlife. New commercial zones will be available, solely focused around night-time activities like bars, nightclubs, bowling alleys, casinos, and, well you get the idea. Turns out your Cims (as they’re occasionally colloquially known) need to be entertained after all.

During the day these commercial zones will function in the usual fashion, but when the sun goes down they’ll take on new dimensions.

Instead of downing tools after a long day at work and heading home to watch TV or whatever they do, the Cims will be seeking entertainment in the city. As you’d expect, this is going to add extra pressure on any city’s infrastructure.

Traffic has always been a bit of an ongoing concern in Cities: Skylines and it’s only going to get more complex in After Dark, which is sure should keep the modders on their toes. Many of the traffic issues in the game have been resolved since its release with mods like Traffic ++, Toggle Traffic Lights and Traffic Manager, but a new influx of traffic during a morning rush hour could be a challenge for players and mod makers alike. I can’t wait to see what they come up with when this expansion hits. 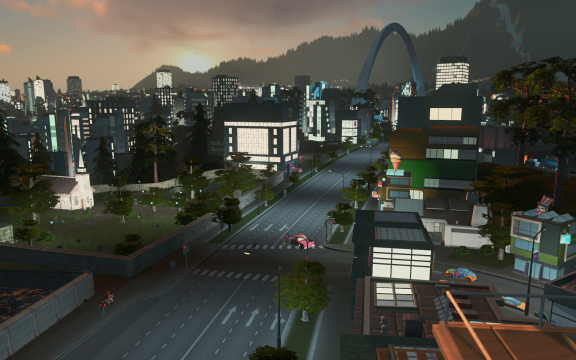 Colossal Order will also be overhauling the city crime system in this expansion. Crime is going to increase at night (presumably because nobody can see what the criminally-inclined Cims are up to), so jails are being added and dodgy crims will be picked up by the police as nefarious deeds take place around the city. Criminals are now going to need a certain amount of proper management as the new jails fill up, which should be an added challenge.

As noted earlier when discussing traffic, additional night-time enterprises are going to produce a demand for more transport. Cims need to get back from bars, and since driving is never a good idea when under the influence (even in videogames) a taxi service is being added as a new mode of transportation. It’s not yet confirmed whether these poor souls are prepared to clean virtual vomit out of the back of their cabs.

You’re not supposed to drink and cycle either, but cycle lanes will be making an appearance in After Dark in response to many requests from the community. These new lanes can be easily added by upgrading an existing road to include the cycle paths. 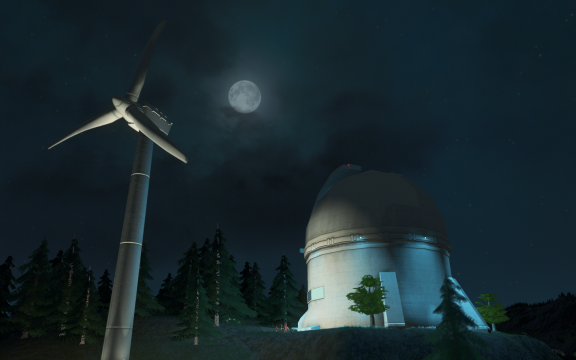 Cargo terminals are not the easiest structures to manage in Cities: Skylines and getting the rail network perfect is tricky, especially when you are trying to move cargo from A to B. Colossal Order realise this needs fine tuning, and in After Dark there will be new cargo terminals with direct rail connections. This should alleviate the need to plan the kind of mad road routes between rail and port hubs that would often cause even more traffic congestion.

New transport hubs are being added to tie public transport together instead of having multiple buildings placed next to each other to create a pseudo transport hub at a single location. This will mean new buildings and even a new bus station with multiple routes. Bus lanes are also being added for good measure.

Another area of the game that the development team has been wanting to address are the waterfronts. No surprise then that in Cities: Skylines After Dark they’re being remade to look prettier. Waterfront properties are more often than not expensive, so new building appearances will reflect that. In fact, the shorelines are now going to play a more important role than simply being a few buildings plonked by the water’s edge. These will be their own commercial zones in After Dark, with fishing tours, beach bars and marinas.

During our demo it was interesting to note that Colossal Order were using a city taken directly from the Steam Workshop, created by a member of the community. If anything this demonstrated how good the ‘expanded’ city looks, and will look, on your existing creations. 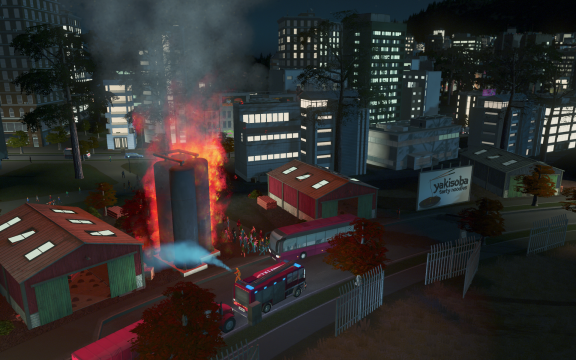 Cities: Skylines has been one of my favourite games so far this year. Colossal Order expressed some surprise at the scale of its success when it launched, but I have no idea why they were so worried because it’s a cracking city builder. After Dark will only enhance the city building options, and should make the metropolitan creations feel even more complete and alive.

No price (nor release date) has been announced as yet, but we expect it to come in between £10-£15 when it does eventually arrive.

The Witcher 3’s New Game Plus mode released on PC