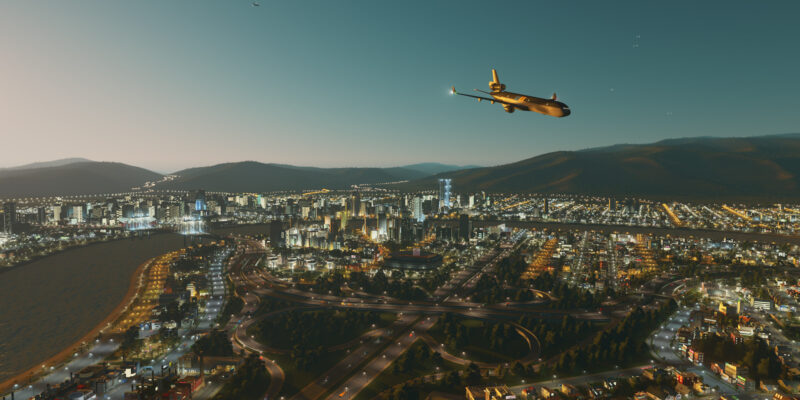 Cities: Skylines continues to be another juggernaut sim that never seems to die when it comes to official support. Coming up on its seventh anniversary, the team over at Colossal Order and Paradox have created and is releasing a total of five DLC packs for the city builder this month. The DLC is coming alongside a new Airports expansion for Cities: Skylines, and it’s all to be released on January 25.

The five new DLC packs for Cities: Skylines include two new radio stations, as well as the Content Creator Map Pack and Content Creator Vehicle Pack. The two latter packs are collaborations with members of the community who have created content that is now being fully endorsed and released as official additional content for the sim. The Map Pack adds eight new terrain maps that will allow players to start their new cities on completely new kinds of terrain. As for the Vehicle Pack, it adds a variety of new service and transportation vehicles, breathing new life to the hustle-and-bustle of the Cities experience. The radio packs will retail for $3.99 USD, and the two Content Creator packs each come in at $4.99 USD a pop.

Each of these smaller packs are releasing on the same day as the new Airports expansion. This new expansion adds a fully modular airport building system, deeper public transport network integration (connecting airports to ground-based transportation systems), and introduces air cargo transportation services. It all comes for an asking price of $12.99 USD.

Cities: Skylines is similar to that of the likes of SCS Software’s illustrious American Truck Simulator and Euro Truck Simulator 2. That is to say, the teams behind each of these projects simply can’t seem to find where to stop brainstorming new ideas. Especially in the case of Cities which is bolstered so heavily by user-generated content, it’s very interesting to see its developers still actively churning out new expansions every now and again. While development has noticeably slowed down, it still seems like there will be quite some time before Cities: Skylines becomes anything that resembles a has-been ghost town.

Check out the trailer for the Airports expansion, coming to Cities: Skylines on January 25.