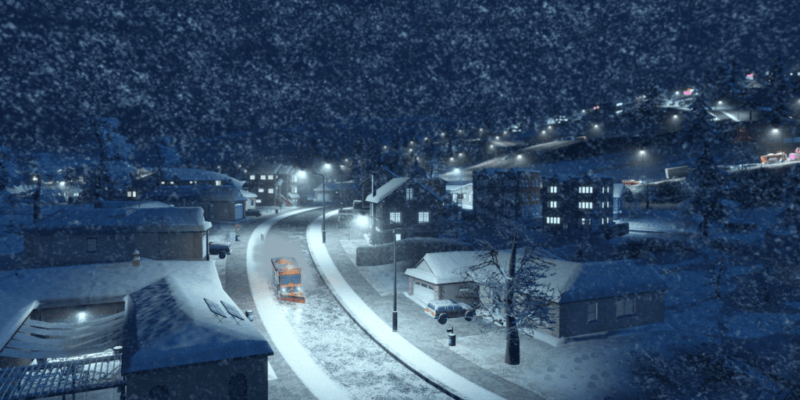 It’s been a year since Cities Skylines was released and there have been two DLC releases, ‘After Dark’ and ‘Snowfall‘ and numerous free substantial updates.  There is another free update planned for release on 22nd March.  The free landscaping-themed content will add new features and options that allow players to apply mild terraforming on their existing cities. Players will also be able to construct canals and quays.

In celebration of Cities Skylines first year anniversary Colossal Order will be holding a party in their own fair city of Tampere, Finland.  They are offering one lucky player a chance to win a trip to Finland, attend the festivities and take a tour of the Colossal Order offices.  To win the trip simply submit your Chirper-related art, poetry, song, game mod or anything else you’re inspired to create directly to their site.

If you haven’t taken the plunge and bought the latest DLC, Snowfall, we have a review that might help you decide one way or the other and also a list of the best Snowfall mods.

Colossal Order have also put together this short celebratory video looking back at Skylines and their reaction to the fans’ reaction.

Dead Island 2 back in development. Sumo Digital at the helm

Rive will be Two Tribes last game. Studio gives up due to industry changes