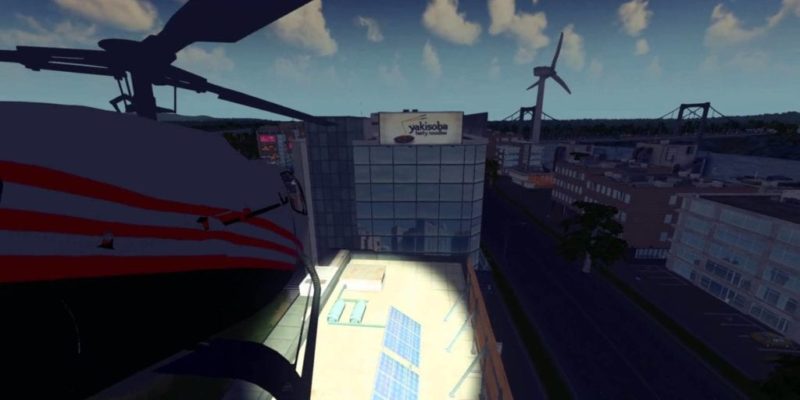 Modding is coming on leaps and bounds for Cities: Skylines and a new mod called CityCopter lets you fly about your created cities in a helicopter. We’ve already seen the mod that lets you take control of the planes but mod maker InconsolableCellist is taking Cities: Skylines flight to a new level.

The mod comes with a level 3 unique building which is a helicopter hangar and once placed and powered you’re ready to take to the skies. Simply access the chopper with the CNTRL-G key combo then use the WASD keys to fly about your city. Just make sure all the assets are activated and the actual mod otherwise it won’t work.

CityCopter includes a night mode where the city’s lighting is changed to a dusky hew and you can dart about in the chopper with a spotlight which is placed on the bottom of the chopper. It’s also worth noting that there is actual collision detection so there’s no flying straight through buildings. This mods is working quite well at the moment but the chopper does occasionally partially pop through an object and tree collision has still to be added. This is an alpha version and the mod will improve as its developed further.

There are multiple option available which can be toggled in a new added configuration screen in the top right were options can be turned on, off or tweaked, including the FOV.

It will be interesting to see how this mod develops in the weeks ahead, and if some gameplay elements could ever be added, it could open up a whole new way to play the game. Here’s how it looks…

Does it Matter if Video Games are Art?