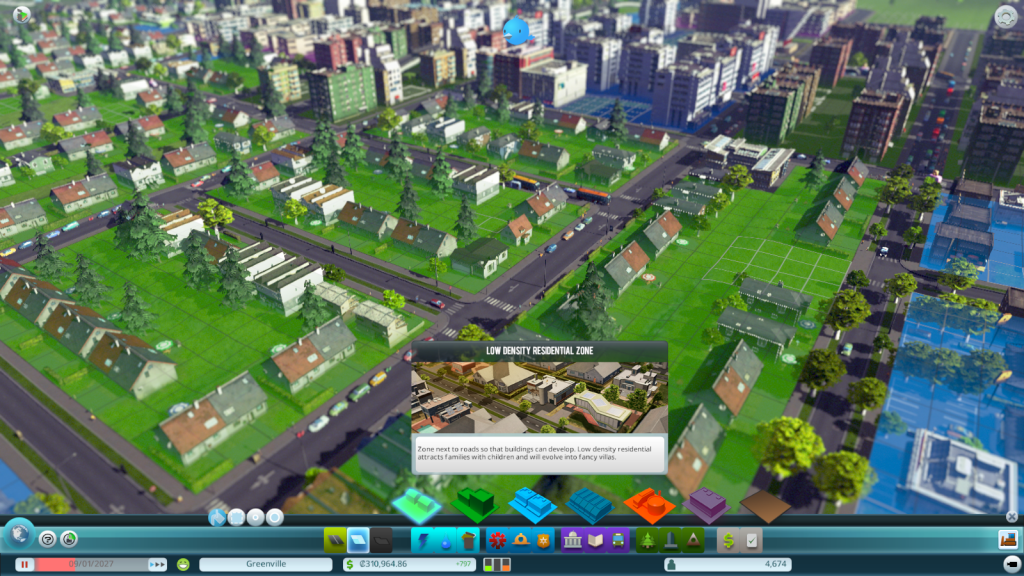 Zoning is all about the RCI but any city builder fan knows that already. Colossal Order explain Cities: Skylines zoning.

In the latest developer blog from the team at Colossal Order they take a further look at the zoning system in City: Skylines which was briefly demonstrated in the recent live stream.

Dragging coloured boxes between city streets is part of the fun of any city builder and City: Skylines is no exception with the cities zones being split into residential, commercial and workplaces. The zoning tools in City: Skylines are rather nice with the ability to zone very large areas with a single click. There’s also the inclusion of two zoning brushes, large and small, so players can “paint” on the zones. This could make for some interesting zoning experiments although all zones still need to be connected by roads as you’d expect.

Colossal Order really appear to be pushing the boat out when it comes to tools available for easy zoning while at the same time keeping the system familiar to anyone who’s played SimCity.

You can read the full developer diary over on the forums. Here’s a few new shots to illustrate why this could be one game to watch out for when it’s released next year.