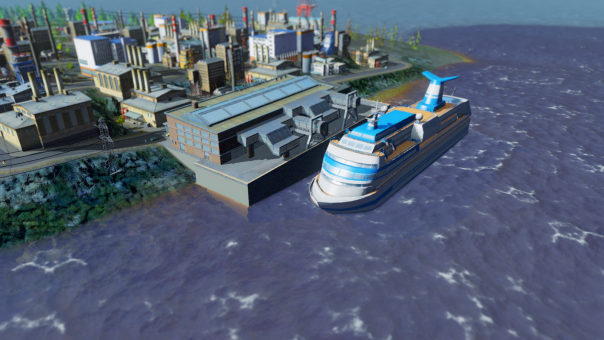 Colossal Order return this week with another update for their city builder Cities: Skylines.

Public transport is an area Colossal Order should be more than familiar with thanks to the their previous work on Cities in Motion. The latest developer update from the team takes a look at all the different public transport options available to players, everything from low cost bus transport, the metro, trains, airports and harbours. To put it simply, CO have just about all the bases covered in this game.

Some of the transport options are split into two categories, cargo and passenger and this applies specifically to ships and trains which can transport both people and precious cargo. The Metro is also going to be a great way for citizens to get around the expansive maps but it’s going to cost a lot more.

There’s a bit of a trade off between trains and the Metro. Train tracks will be cheaper to lay but they take up more space. The Metro has little impact on what’s going on above ground but it’s costly with tunnelling and the requirement of above ground stations. Decisions, decisions.

Like the unlucky sods living underneath the Heathrow flight path, citizens in Cities: Skylines are not keen on airports due to noise pollution but they will be necessary to bring in tourists. I say move if you don’t like it!

The full Cities: Skylines diary can be read on the Paradox forums and there’s some new shots to enjoy below.