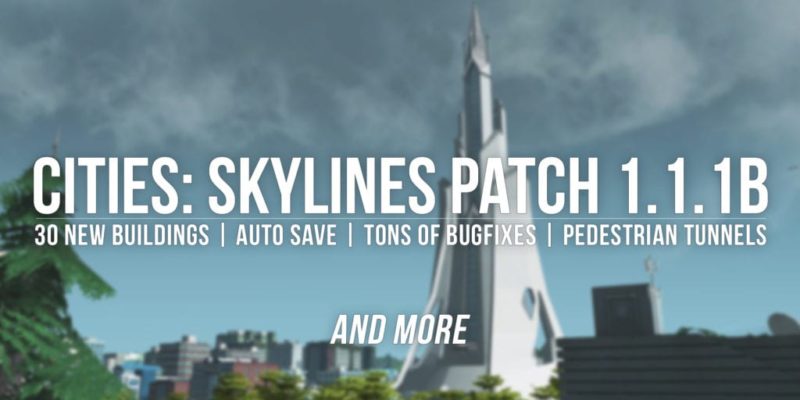 Following the release of the last large Cities: Skylines content patch which added the Euopean buildings, Colossal Order are back with another update which adds more content such as new buildings and pedestrian tunnels along with bug fixes.

This patch fixes “the most common issues” according to CO but players should be warned that some mods may break when this patch is applied. Details on how mods can be fixed to work with the new version have also been posted by Paradox.

Here’s your full run-down of changes in this 1.1.1b patch update.