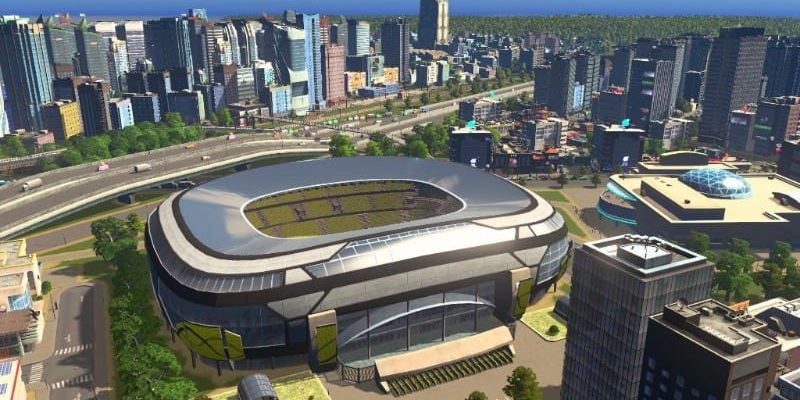 If you noticed Cities: Skylines updating today, that’s because some free ‘Match Day’ DLC has been added to the game alongside the latest patch. A few custom, in-game items that were previously only available as pre-order bonuses have been included too.

Match Day lets you add football stadiums to your cities, in honour of the upcoming Euro 2016 tournament. The functionality of these stadia will extend to “Football match mechanics”. It’s not entirely clear what this latter phrase means, but the announcement does say they come with “all the benefits and challenges of hosting major sporting events”. So presumably traffic and potential policing issues, as well as boosts to local happiness or something.

It’ll also be possible to customise the colour of the football team playing in your Cities: Skylines stadium, if you have a particular preference.

The previously pre-order items being added to the game today are the Carousel, Dog Park, Bouncy Castle, Basketball Court and Botanical Garden. Plenty of outdoor activities to keep your Cities: Skylines citizens cheerful, then.