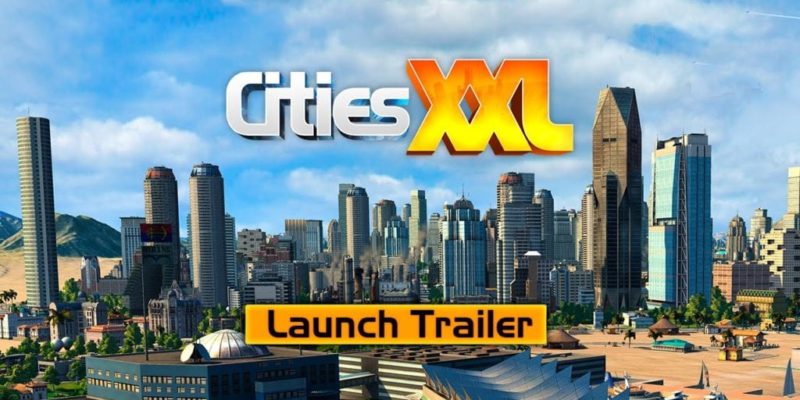 It’s not the most exciting launch trailer, mostly showing snippets of the sort of things you can do with your city – big bridges, and trains, and rotating panoramas showing skyscrapers, and a swooping camera going down main street – but hey, Cities XXL is a city builder. You build cities. That’s sort of the thing, so a minute-long look at some really pretty cities of the sort you can build in-game seems just fine to me.

In case you forgot, this is also the game that’s surprisingly cheap on Steam if you have any previous editions of the title. Absolutely everyone can pre-order at a discount of 20%, but if you own Cities XL, Cities XL 2011, Cities XL 2012, or Cities XL Platinum, then Cities XXL is 50% off. Forever. As its RRP is £29.99, that means that if you own any previous game in the series, you can pick this up – even after launch – for £14.99. Not bad. This is absolutely not me encouraging a pre-order, mind you; as I said, that 50% discount will apparently continue even once the game is out.

Cities XXL is out in, ooh, about two hours from time of writing. The launch trailer is below.