The teeny-tiny cities of EA’s most recent SimCity appear to have sparked an interest in the city building genre among other developers. There are two which come to mind; Colossal Order’s Cities: Skylines, the recently released Cities XXL from Focus.

The original Cities XL was heavily criticised for a few things, the main one being performance due to it’s lack of multi-core support. When this new version was announced the marketing team placed it front and center, because they knew it was a really big issue that was never previously fixed.

Cities XXL was revealed back in November last year, so some may be a little surprised that the game has already made it on to Steam at the start of February. We have to assume that they’ve been working away on this in the background for a while, but perhaps the reason that this “update” hasn’t taken too long to piece together is because this looks like a game that’s brought only minor improvements to the XL series.

Having spent a lot of time in city builders over the years there’s no doubt that the city limitations of SimCity were a source of immense frustration, and that games such as Cities XL (with its larger scope) should be enough to scratch the city building itch. It’s important to note though, that it’s not just the size of a city that matters, but all the underlying game mechanics such as utilities, infrastructure, citizen types, buildings, taxes etc.

Cities XXL makes a valiant attempt to bring these key elements together, but still fails to make it an engaging experience. As a result, there’s a real feeling of disconnect between the player and the city that’s being created. This is accentuated by a lack of feedback to the player and annoying interface design. 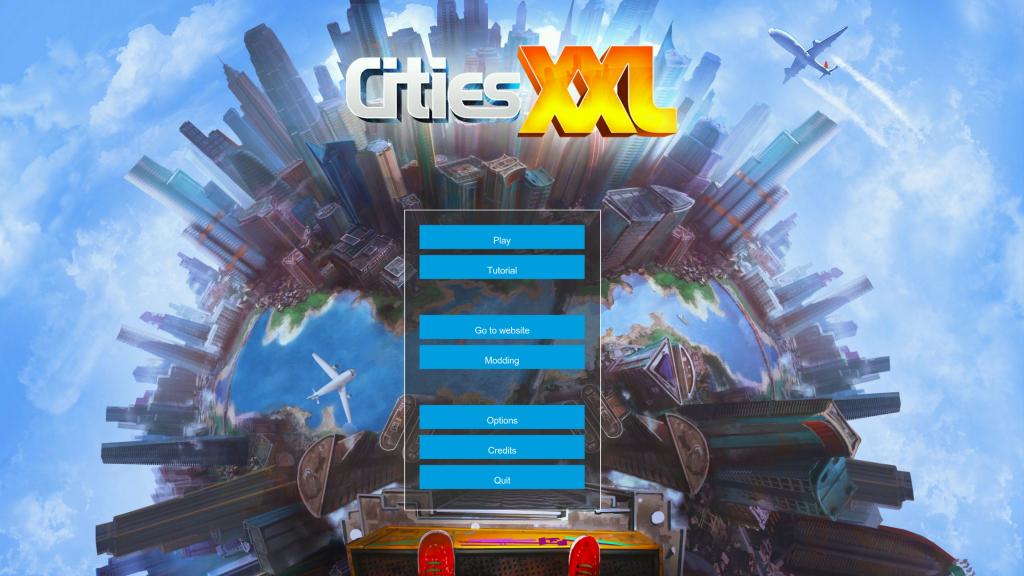 The award for Attention to Interface Detail goes to Cities XXL

First impressions of this game are not great. The interface is all over the shop, as well as poorly put together with overstretched text and icons. Whoever was in charge of this aspect of the supposedly updated Cities XXL couldn’t be bothered to even centre and fix the text, which is not a particularly a good sign. The feeling of shoddiness hits you right from the get-go; something that’s not really changed from the previous release.

Here’s the thing, much of what was wrong with the previous XL games still remains. XXL is not really a “new” game, and that’s the most important thing any owner of the previous Cities games should know before thinking about spending any cash on this one.

There have already been quite a few prior releases of Cities XL, but let’s assume for now that you’ve never played any of the previous versions. Perhaps because word of the performance issue problem kept you away.

The idea behind this, as with all city builders, is to build up an urban metropolis and then maintain and manage it as best you can; all the while keeping an eye on your cash flow so you can continue to create, improve and expand the city. Cities XXL does this but not elegantly, which again boils down to an annoying interface and lack of easy to access game feedback. This is not just the case with alerts, but also with structures themselves, which pop up the odd icon but not really enough to help you get a complete handle on the city’s problems. Hunting down the thing you need involves quite a bit of clicking around in different areas of the screen, so no change there. 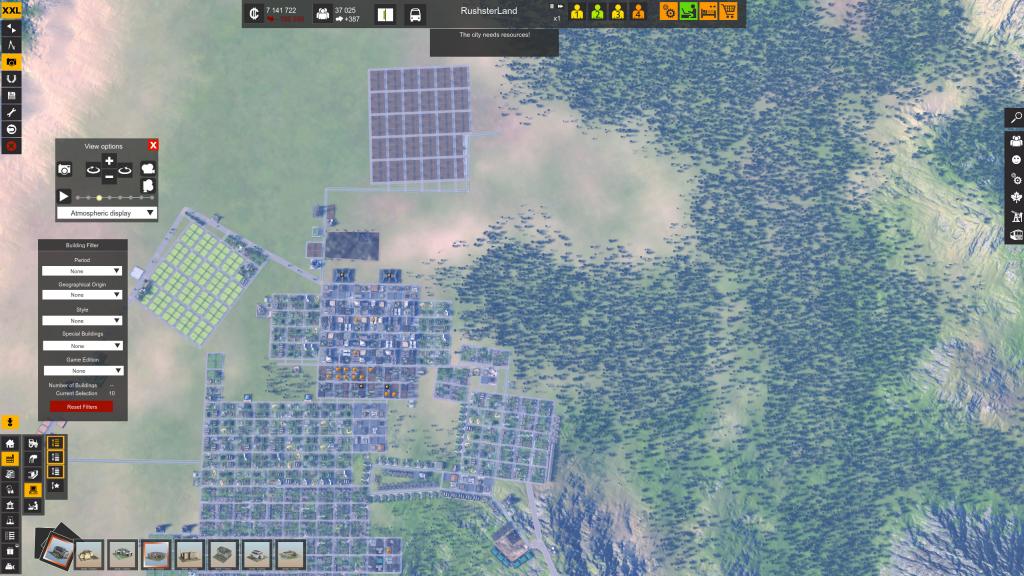 The information panels are so bland and lacking in personality that it makes what could be considered the least fun part of a city builder (money management) even less engaging. Citizens will be crying about power or fuel, and, although small alerts pop-up, there’s no way to really jump to the problem areas within the city without heavily clicking through the annoying menu systems to find the correct overlays. It’s all rather cumbersome.

Cities XXL is not really an improvement when it comes to the visuals, either. The buildings look the same, as do the maps. Sure, there are some new buildings and minor lighting effects but it still feels the same. There are options to select building types through filters if you’re looking to create a specific style of city, but again it’s all just a little messy and disjointed. As for the citizens of XXL? They’re freaks. Every single one of them looks like some weird mutant human that moon-walks forwards, if such a thing even possible. I’ll have to consult the ghost of Michael Jackson later to find out.

For now, let’s move away from dead pop stars and on to a different type of performance. I’ve been running this game on an i7 CPU with 16GB of RAM and a GTX 980, which is not exactly a crap PC. With its super “improved performance” Cities XXL should be running like an absolute dream, but after around three hours of continuous play, and with a city that probably filled about one fifth of the map, I was actually starting to notice lag, juddering and poor FPS. It was at this point I thought I should lay down some largish industrial and residential zones in one whack and the PC had to really think about it. There was actually a “I’m busy” spinning icon on the mouse cursor which lasted quite a few seconds. Not exactly what I was expecting. 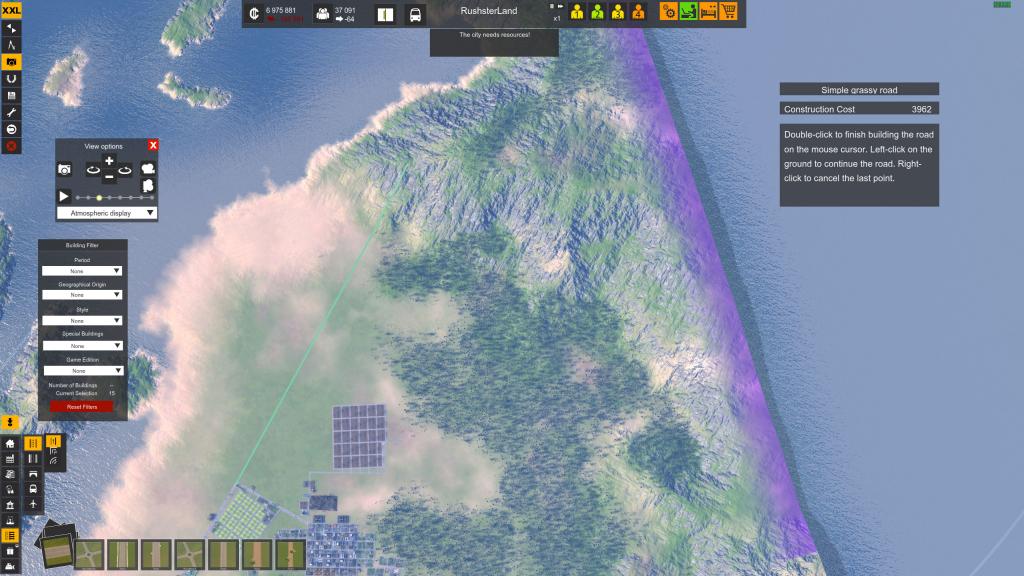 Cities XXL and the XL series in general are closer to a sandbox than a full city sim, which may go unnoticed by newcomers but is worth highlighting. There’s a sense you’re supposed to just mess around, rather than immerse yourself in a builder with any real depth. The fact that you can load up a cheats menu whenever you fancy just reiterates this fact.

I had some hope for Cities XXL. After all, they’ve had a ton of feedback from players since the first game launched. If they were wanting to slip in and make a dent in the city building market then now would be a perfect time ahead of Cities: Skylines’ release. Sadly, they have  chosen to push out a slightly different version of Cities XL. What’s more frustrating for players of the original is that they were probably hoping for something special enough to distinguish itself from prior series efforts, and ended up with a game that’s basically the same. There’s nowhere near enough here to warrant a purchase if you have a previous edition of Cities XL.

This new game does appear to have at least some of the promised multi-core support and Steam Workshop integration, which is at least something for players who took advantage of a 50% discount for owning the previous game. But whether that’s enticing enough (and how well the multi-core support is functioning, given the performance hiccups I had) is debatable. It’s not a terrible game by any means. It does what the previous Cities XL did with a few improvements, but it’s very expensive at £30 given how little has actually been changed or added. 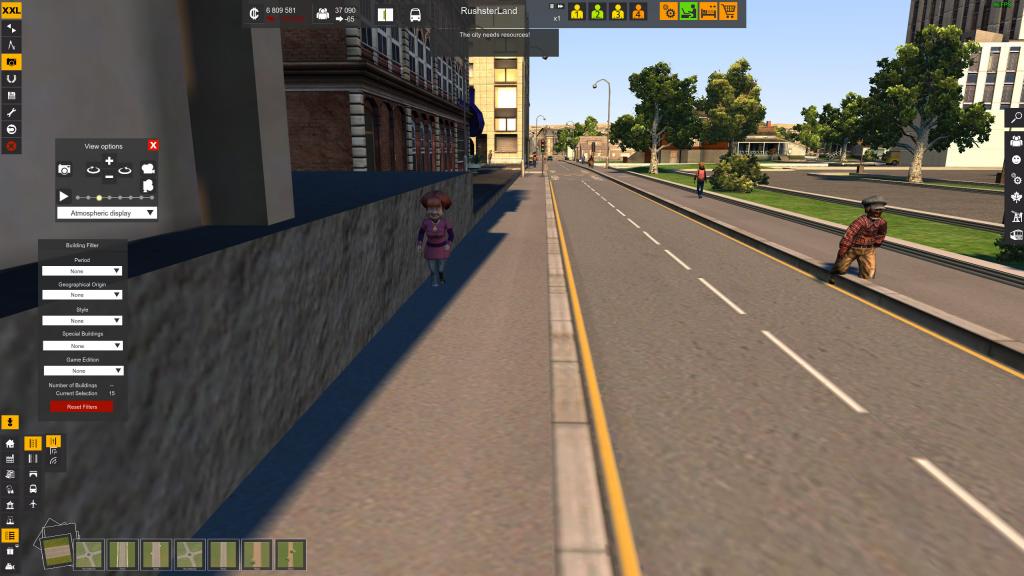 Who are these freaks?

As a fan of the genre Cities XXL is a disappointing release, and I think only worth picking up if you’ve never played a previous release from the series. Even then, it’s probably worth waiting for a sale before you do that.

Let’s hope Cities: Skylines can restore our faith in the genre.

Shelter 2 being released into the internet wilds in March