I felt a great disturbance over the weekend, as if millions of wallets cried out in terror and were suddenly silenced. Oh, that’s right, CitizenCon 2019 occurred over the weekend, with developer Cloud Imperium Games once more demonstrating new ideas for Star Citizen it’ll probably slap a dollar amount onto. That’s probably a bit harsh. But after eight years of development time, one would hope the recent CitizenCon to be about how the game is finally nearing completion. Instead, the developer introduced a whole new planet to explore, as well as another star system. But hey, at least the team revealed new tech to speed up development, which has to amount to something.

Star Citizen version 3.8 brings along the planet microTech, which sounds more like a placeholder. The world is coated in snow and ice, dotted with steep mountains. However, despite the cold, it still makes itself a home to life. MicroTech includes vegetation, as well as places for human robots to thrive. Its landing zone and city, New Babbage, awaits those who visit the frozen world. Thank god Cloud Imperium worked so hard on that coffee maker tech last year. I have a feeling microTech’s denizens need it.

New Babbage, possibly named for mathematician Charles Babbage and not Babbage’s, the gaming storefront eaten by GameStop, is where pilots get away from microTech’s harsh conditions. The planet is a tough place to live, as it includes Cloud Imperium’s new dynamic weather system. MicroTech is ravaged by icy winds, rain, and blizzards. The inside of the landing zone is comfy by comparison. 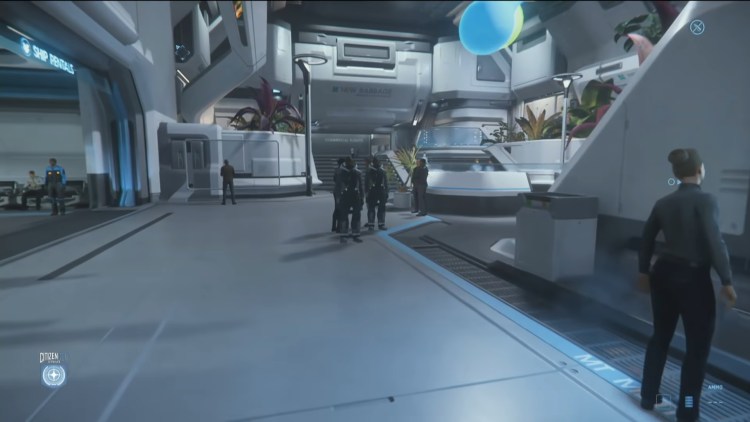 Come on by New Babbage and greet the NPCs as they stare vacantly at the walls.

More for me and you

Next year, Cloud Imperium plans on dropping even more for Star Citizen. The game will soon have a Theaters of War mode, said to be a blend of Arena Commander and Star Marine. Theaters of War splits 40 players into two teams that duke it out for territories using on-foot and ship combat. The company also announced it would implement Platform Persistence, which will force fewer player wipes. And for you fans of Star Citizen lore (who isn’t!), the developer also announced the Galactapedia. The page is full of information on the game’s ships, animals, technology, and more.

Most intriguing, however, is Cloud Imperium’s promise of finally expediting Star Citizen‘s development. This is, of course, long since needed — especially considering that the game first had a launch date of 2014. The company’s newly made Procedural Planet Tech can help create new systems and planetary environments. If it works as advertised, theoretically it can allow the development teams to create content in two months as opposed to two years.

Of course, those are all just more of Cloud Imperium’s promises. And we’ve heard it promise many things over the years as the Star Citizen project has become more and more bloated. At this point, we’re more content with sitting back and watching and waiting to see if the project will ever find the end of its rabbit hole. From what I gather with the latest CitizenCon, it seems Cloud Imperium is still addicted to pushing more content into the game. For those interested, there is a free fly happening this week. But for the rest of us, it’s probably best to wait and see if Cloud can cool its jets long enough to finish what it started first.

For more on CitizenCon 2019, check out the included videos. They’re lengthy, so get the popcorn ready.