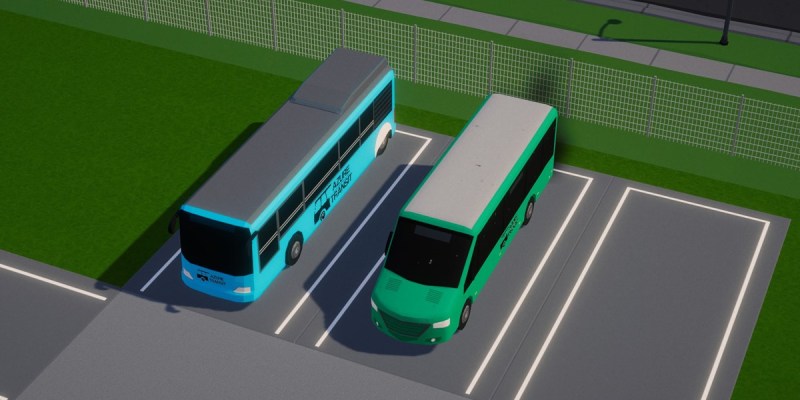 City management sims are a dime a dozen, but how City Bus Manager intends to separate itself from the pack has to do with the way it allows you to conquer any real-world city. With maps provided by OpenStreetMap and the ability to either recreate your own local city’s bus route or even overhaul it and design your own network, the game certainly provides an interesting opportunity with its array of tools. However, it’s clear that City Bus Manager is still very much an Early Access game in its current form.

The various regions of the world are separated into specific packages, such as North America, South America, Europe, etc. Not all packages are available out of the box, so you may need to download your specific region first before you get started. The setup is pretty painless, however. Once done, you simply type in the name of a settlement and the sim then generates a new savegame that takes place in that location. 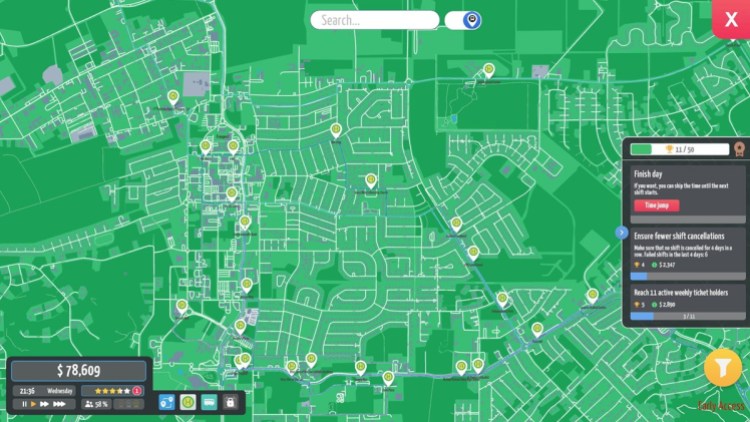 In my instance, I decided to build a bus network within the virtual rendition of my humble little island of Grand Bahama in The Bahamas. I was amused to find that OpenStreetMap’s dataset is pretty recent, as I noticed new structures built in the last few months being present on the map. But, this is about as far as my impressiveness with City Bus Manager’s mimicry of the real world has gone.

With the premise of being able to build virtual routes throughout real-world street networks, I honestly imagined that you’d get to at least experience your creations being played out. Alas. the “Manager” in City Bus Manager is as literal as it comes.

While the game does grant you access to a nice, little 3D space of your bus depot for you to construct the necessary buildings and parking spots, as well as interact with your bus fleet and staff, this is the only real interactive representation of your business that you’re going to get. And, regardless of where you choose to place your depot, the generated 3D space isn’t at all representative of the real-world scenery it’s supposedly meant to embody.

I wasn’t expecting anything on the scale of say, Microsoft Flight Simulator, when it comes to world reconstruction. I genuinely thought that City Bus Manager would at least provide a simplified, perhaps procedurally-generated map of the location you decide to play in. Alas, all you get to do in terms of seeing your fleet run throughout the routes you’ve created is just an icon scrolling along your route on a 2D OpenStreetMap window. So, the buses don’t really “follow” the route you’ve created in a literal sense. It’s just meant to illustrate them doing so.

In a way, at least for me, it kind of takes a lot of spark out of the otherwise nifty idea of building a virtual bus network within your own hometown. 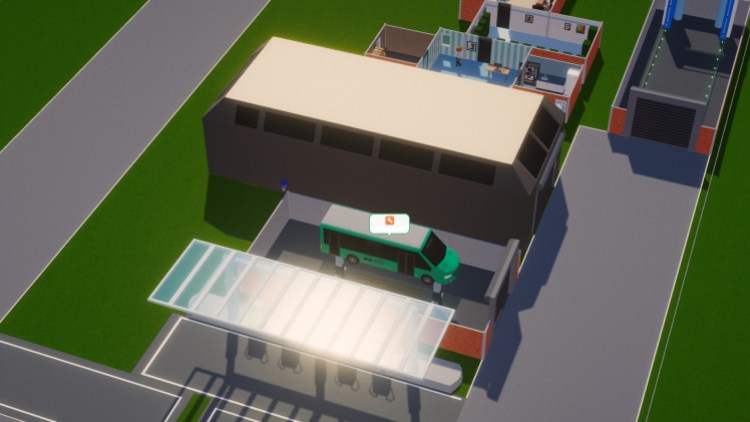 That said, your buses do still have some degree of realistic mechanics. For instance, they’ll gradually get dirty and need to be cleaned, parts will need to be repaired, and you can even create custom paint schemes for each bus (even with the ability to upload your own images from your computer). These paint schemes can also be shared via the Steam Workshop.

While the actual livery editor is quite basic, at least having the ability to insert your own images provides some more flexibility to create some interesting designs. It’s just a shame the most you’ll ever get to see your hard artistic work represented in-game is just with your buses idly sitting at the depot.

The actual route building system, although simple, lacks a lot of visual feedback. When building a new route, it’s hard to keep track of the last placed point once you have more than one route on the map (as the same icon is used to represent all bus stops). More annoying than anything, however, is the lack of indication as to what makes a route truly efficient.

While a city’s various real-world points of interest may be represented on the map, it doesn’t seem like running a route in any specific area or between any specific points will net you more or less profit. For example, common sense might drive you to build a route that would, say, run a circuit between a residential area and a commercial area, or a hotel to-and-from tourist centers and airports. But, in its current form, none of that sense of logic seems to be taken into account with the route building system.

Essentially, you’re just left to just build the route and see how much profit it generates (or loses) over time—pretty much acting as a game of chance. 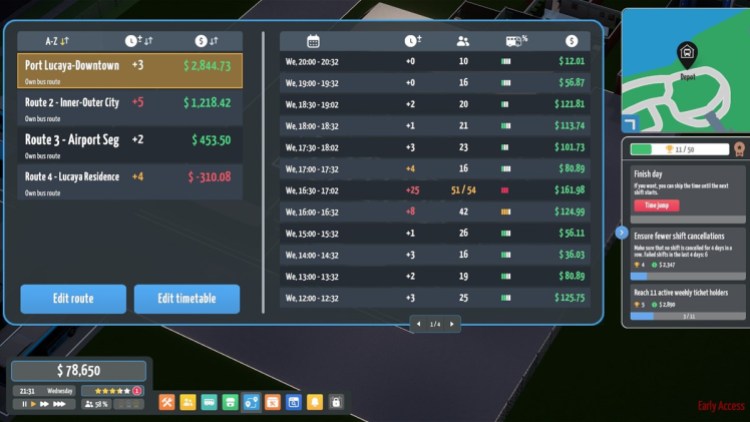 While not every route will make the same numbers, again, there’s still no indication as to why Route 1 performs far better than, say, Route 4. Some other sims that either focus on or even just merely feature such aspects of transport system building, such as titles like Bus Simulator 21 and Cities: Skylines, are great examples of having systems that effectively communicate to the player the likelihood that the new route they’re building will either succeed or not.

Such feedback and guidance is essential to completing the overall goal of generating profit, which various objectives in City Bus Manager focus on. Yet, for now, it seems like the wheel of fortune spins rather randomly. 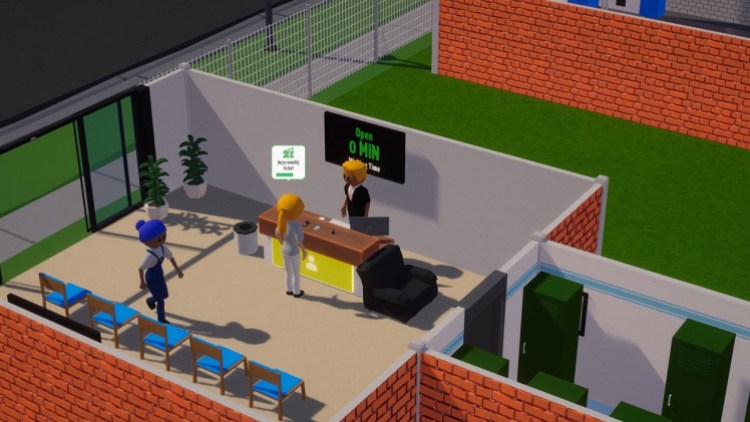 The humdrum of business

On that note, there’s very little to do as long as your buses are out running their routes. While you can do some construction within the depot itself, that’s not always necessary. Your AI employees will mill about, in a very Sims-like way. Actual bus maintenance is quite rudimentary, as all you do is send it to be cleaned or fixed and a mechanic will handle the rest.

Annoyingly, it’s currently not possible to have maintenance done all at once – fueling, cleaning, and fixing must be selected one at a time. 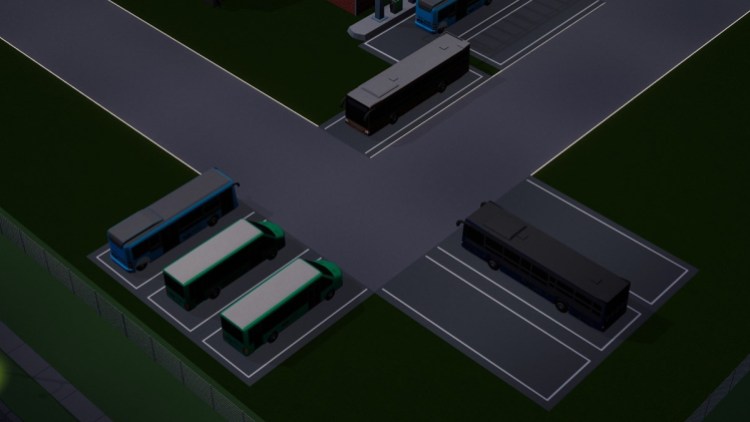 In fact, if you only have one mechanic, they’ll likely walk away after just one task, and even if you set another task to be performed right as the first is finished, the mechanic will only return once they’re done with whatever they decided to do inside the depot’s office.

As for working on the depot itself, the building system in its current state is quite crude. There are not many customization options to make the interior and exterior look exactly as you want, and the current amount of existing objects is quite limited with not even the ability to change the color or design of some things. 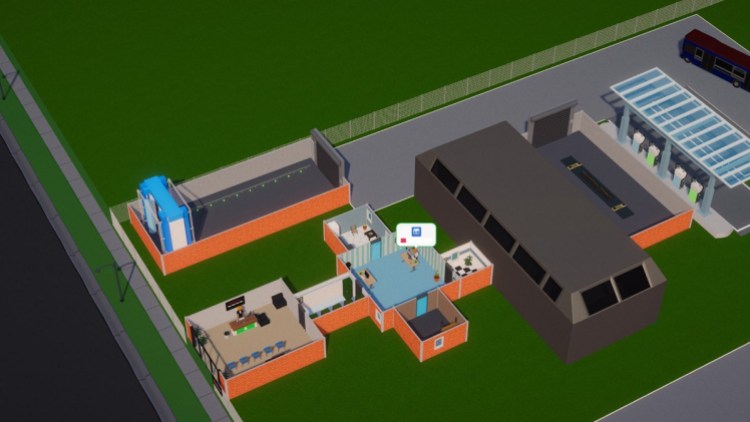 Not to mention that your workers may get stuck behind something as simple as a potted plant on the floor, despite the fact that having these increases your decoration rating (which doesn’t seem to have much value, if any).

The building system also suffers an inability to fully control the orientation of the camera which makes building a headache, as it can sometimes be hard to judge positioning due to the lack of a top-down view – it’s as if the game wants to keep itself in a forced isometric perspective. 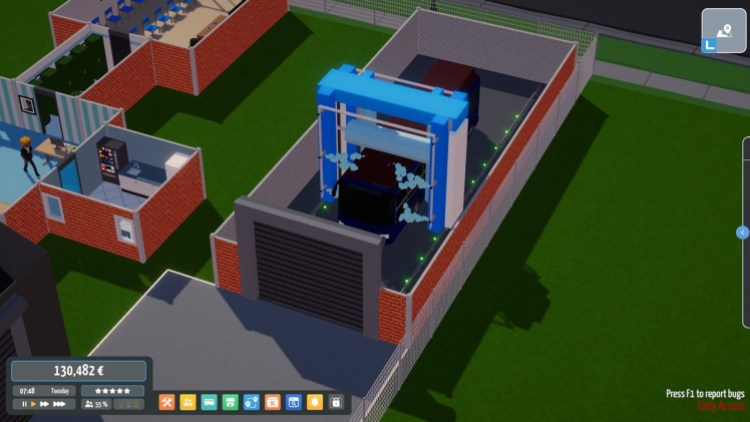 By the looks of it, it would seem that I’ve criticized City Bus Manager rather harshly. In some aspects, I am disappointed with its current build. But, that’s the key—this is still an Early Access title. Depending on whether or not it intends to be a game that seems to perpetually remain in that state and how fast progress comes together will determine just how good this sim ultimately ends up being.

But, all things considered, the work that the folks at PeDePe GbR have done so far is at least admirable.

The premise of building your own bus empire on real maps sounds quite exciting on paper, but the delivery, in its current form, feels like only a puddle is provided while an ocean was what was promised. City Bus Manager certainly has the skeleton of a good transport tycoon, don’t get me wrong.

Yet, missing features such as the inability to even see your routes live and the general crudeness of the overall sim in its current form will either make for a really good story when it “fully” launches or a smear against its name if nothing much changes in the near future. 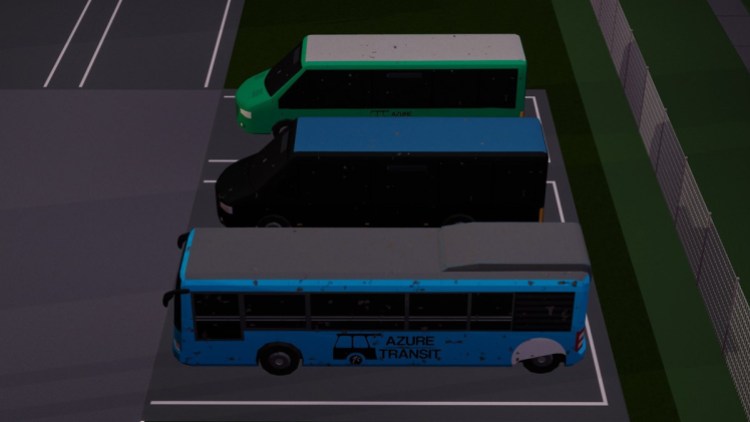 One sign of hope is that the game has a Feature Requests page right there on the Main Menu, allowing users to vote on which features they’d like to see implemented. There are already some good suggestions such as setting up automated maintenance routines and being able to manually schedule driver shifts. As long as the developers stick to implementing such functionality swiftly and truly fleshing out this fledgling sim, it may very well turn out to be a uniquely tasteful new tycoon.