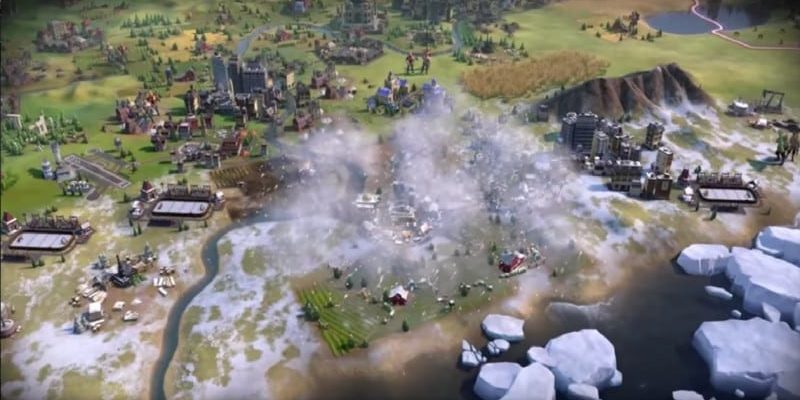 If you’ve been checking out our Civilization VI: Gathering Storm coverage, then you know we’re all about slapping the AI around on Deity difficulty and ascertaining how well each civ would do in tier lists. Now, with the Antarctic Late Summer Update (let’s just call it the April Update), we’ll probably need to rewrite a few things. There are numerous changes in store for Civilization VI: Gathering Storm’s gameplay mechanics as you can see in the video below:

Why Did You Nerf Hungary And Maori?

First off, climate change. In our official review of Civilization VI: Gathering Storm, I mentioned that I was happy with climate change being included in the game, and the April Update will make some tweaks.

Blizzard damage has been toned down, and dust storm yields have been lowered. Climate change phases will also have a desertification mechanic. This means storms will have lower tile yields to none at all if climate change gets out of hand. The disaster frequency setting is no longer tied to climate change’s rampant rise as well.

As for actual buffs and nerfs to certain civs, well, there are a lot of these. The Netherlands will get production bonuses toward dams and flood barriers. India will have its missionary religious spreads increased from 3 to 5. India also gets +1 amenity for each religion present in a city while increasing their religious pressure via trade routes.

The Maori, meanwhile, ended up with a nerf to their Marae culture bonus from passable tiles, down from +2 to +1. Even their Toa unique unit had a nerf to their combat strength and haka stacking.

As for my beloved Hungary — which I considered an S-Tier civ and perhaps the best newcomer around — they’re still keeping all their uniques except for the free levied unit upgrades. From a 100 percent discount, it’s now just a 75 percent discount. This can be a major change since the civ was never a gold-generating powerhouse compared to Mali, and your “full swordsmen rush” can now change to “just some swordsmen and some warriors” if you lack gold. I totally understand it since, under most conditions, the civ was already broken.

Oh, and Canada got a buff too! They now have +1 production from mines on tundra and snow tiles. That should satisfy their hockey hullabaloo. 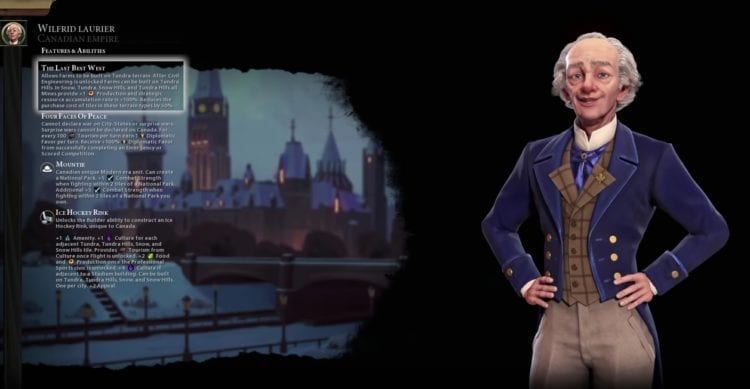 Diplomacy gets a few tweaks such as the Climate Accords competition having projects to award the decommissioning of power plants. Excessive CO2 emissions will actually reduce your Diplomatic Favor per turn and score in aid requests. After all, nobody likes a smoke belcher.

The “Jersey System” in Civilization VI: Gathering Storm will also have some changes to the colors of each civ, which should help avoid getting opponents who are all purple-colored.  An AI tweak should help prevent those annoyingly repetitive trade deals. Oh, and pillaging improvements no longer provide science or culture for all civs except Norway (the worst civ around). That makes sense since pillaging and destruction are the antitheses to culture and science, unless you’re a Viking!

Firaxis have also added dozens of icons for your map since they’ve integrated a mod called Map Tacks from Bszonye. The World Builder feature which will allow you to create custom maps will have extra polish and functionality, including different brush sizes. Another intriguing addition is a search function for tile features or units. Yes, you’ll be able to type “Tribal Village” or the name of a resource or unit, and you can find them on the map easily without having to squint your eyes all the time!

There’s bound to be a lot more since the official patch notes haven’t been released yet. For now, we’re just wondering how we’d arrange the tier list again. Will Canada finally become a decent civ? Will Hungary get knocked down a notch? We’ll see once the April Update for Civilization VI: Gathering Storm goes live.

Borderlands 3 And Remasters Are Coming Soon