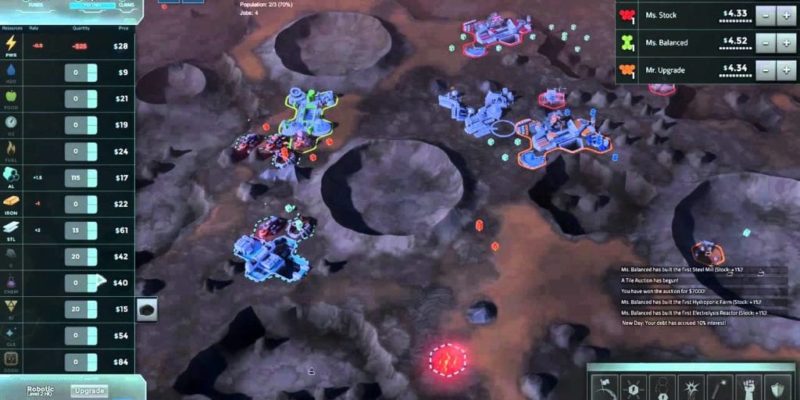 As the expository video below states, Offworld Trading Company is avoiding the traditional military route taken by real-time strategy games. Instead, you’ll be taking part in a much more ruthless and cut-throat conflict than mere war: the arena of free market business.

You take the role of an eager corporation, hoping to exploit the resources of Mars and make a tidy profit. Naturally, you’re not alone in this desire.

The Offworld Trading Company marketplace runs in real-time and responds to what players are doing. Find a huge abundance of water and start selling it all over the place? Then the price is steadily going to decrease due to an eventual lack of demand. Just like real life, though, the market can also be subject to manipulation. You’ll have tools like “hacker arrays, black-market pirate raids, and more” at your command to screw over the competition.

The Early Access build will have head-to-head and free for all multiplayer matches, as well as a full set of AI skirmish options and single player campaign. It’ll be selling for $40 USD.