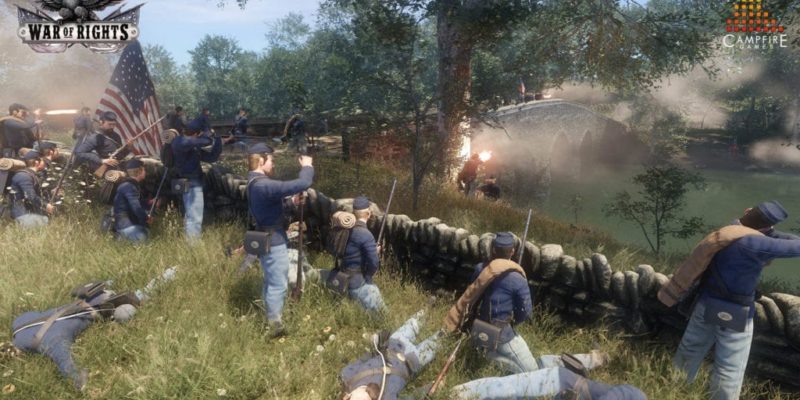 We posted a reminder to check this out yesterday and the good news is the American Civil War FPS War of Rights is now funded on Kickstarter raising over £70,000.

“Firstly, I’d like to say thank you to everyone for your love, support and coverage of our game – your excitement’s reinvigorated the team during the campaign and I’m thrilled to see that you’re excited about our game as much as us. We experienced a great surge in pledges during Veterans Day, and now War of Rights has reached its main funding goal! We’re now working towards reaching some Stretch Goals (which we’ll reveal later) to make the game even bigger and better,” said Mads Støjko, project lead at Campfire Games, “There’s still 48 hours to go on the campaign and anything can happen in that time, so we’re not opening the root beer just yet!”