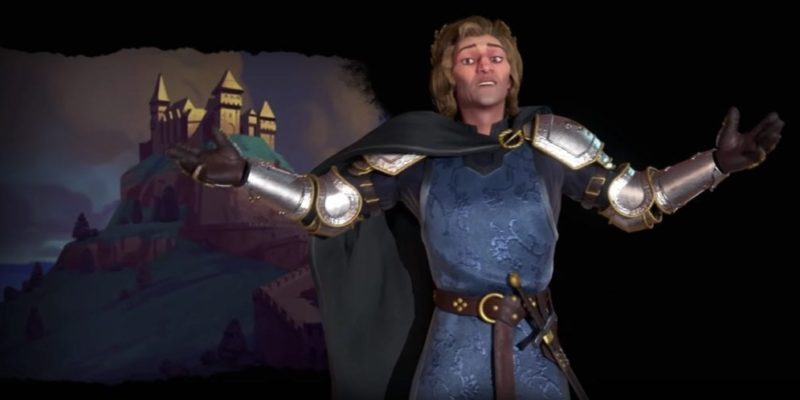 There’s a palpable excitement in the air whenever a new Civilization game or expansion is coming up. Civilization VI’s next expansion, Gathering Storm, will focus on climate change, Mother Nature, and conservation efforts in modern times. It will also introduce eight new Civilizations and nine leaders (meaning one will act as a secondary leader for an already existing Civ). The first nation that will join the cast is Hungary. Its leader is King Matthias I, also known as Matthias Corvinus.

Here are the unique traits of the Civ:

Eagle-eyed (or should we say “raven-eyed”) players also spotted Fez as a city-state during the reveal. That means Morocco probably won’t make the cut this expansion. Likewise, a new Wonder — The Great Bath (from Mohenjo-Daro) — was also spotted.

I’ll be the first to admit that even though I consider myself a History Nerd, there are still some facets to history which I regrettably am not aware of. One of those is Hungary’s role in the grand stage of European politics. I’m learning all of that now and my interest is definitely piqued.

For a moment in time, Hungary was one of the most dominant forces in the continent. It was the bulwark of Europe against the incursion of the Ottoman Turks. It was a power player in the stage. That was thanks to Matthias Hunyadi, who I’m learning now was quite a badass in his own right.

He was the son of John Hunyadi, a legendary military leader who employed war wagons learned from the Hussite Wars. The young Matthias was imprisoned and his brother was executed. Although a revolt led to his proclamation as king in 1458, he was appointed a regent. Rather than delegate the responsibility to someone else, he assumed full control just a couple of weeks later.

He even earned the moniker “Corvinus,” which means “The Raven” — just to prove it’s not just for goths and edgy types but for kings as well. Speaking of goths, guess who’s one of Corvinus’ pals. It’s none other than Vlad Tepes! Corvinus’ tall tales might have even helped inspire what we know about Dracula himself.

Corvinus began to extend Hungary’s dominions in Europe, often using mercenaries to aid his wars. Perhaps that’s best defined by Hungary’s unique units and Corvinus’ abilities. Levied units in Civilization VI technically act as your mercenaries for your conquests. But Corvinus was not just a man of war. He was also someone who appreciated the fine arts. His Bibliotheca Corviniana was one of the finest repositories of knowledge during the Renaissance period. That made me wonder why the Civ didn’t have a bonus to research and tech.

Owing to his historical influence and legacy, no other group is more excited than Hungarian gamers themselves, even ones who don’t follow Civilization VI too much. Corvinus is considered one of their greatest leaders, a man who has entered folk hero status. I’ve been told by players that there were tales of him dressing up like a peasant just to see how his people were doing. He even had his own cartoon back in the 80s which you can see above!

So yes, in a way, the inclusion of debuting nations in Civilization games becomes an event and a treat in and of itself. It’s a means for gamers around the world to see their nations represented in a popular franchise like Civilization. It also helps that Corvinus is highly regarded in his own country that few could ever compare. It also means history lovers such as myself end up learning more about other cultures. Think of it this way: I’m a Filipino, far removed at the other side of the world, and yet a video game inspired me to read more about Hungarian history.

The Test Of Time

Hungary’s traits unique traits look good on paper, and they match Corvinus’ role in history. The folks are happy with their nation’s inclusion. Only one final test remains.

Historically, Hungary’s dominance did not last. Corvinus’ death in 1490 left a void that no one could fill. Just a couple of generations later, the country was partitioned between the Habsburgs and the Ottomans. So perhaps, once Civilization VI: Gathering Storm releases on February 14, 2019, we’ll see if the Raven King can stand the test of time.