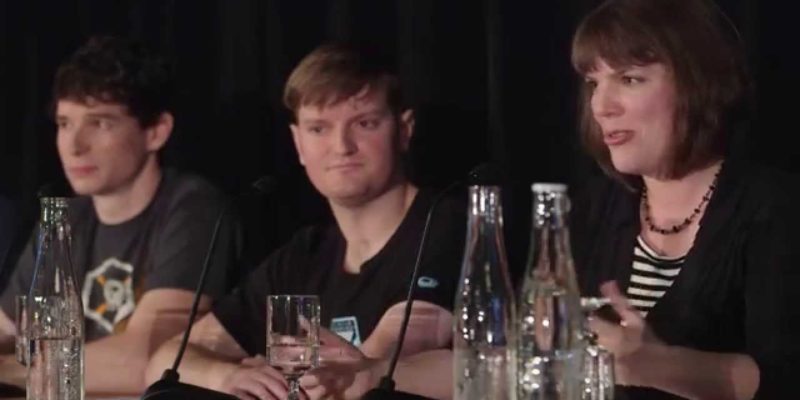 Mindful that not all of their audience will have managed to attend PAX, Firaxis has posted the full Civilization: Beyond Earth panel video for people to enjoy. It’s close to an hour of discussion about the game, which goes more in-depth with the features mentioned in last week’s trailer.

Much of the footage shown at the panel is the same as that seen in the trailer above, but the panel (featuring co-lead designers Will Miller and David McDonough, lead producer Lena Brenk and gameplay designer Anton Strenger) obviously goes into more depth. As well as a closer look at the Civilization: Beyond Earth virtues system and tech tree, you’ll learn about the great Miller-Donough hat feud and the mysteries of the Rocktopus.

This panel also confirms that the release date of 24 October will be a global one, so people outside the US won’t be sat twiddling their thumbs for a bunch of extra days for no reason. Everybody should get Civilization: Beyond Earth at the same time. Download speeds permitting, anyway.

There’s quite a bit of chat about philosophical backdrop to this release, which is “what will humanity look like in 1,000 years time?” In-game, this is represented by the three paths that you’ve probably heard mentioned before if you’ve been following news about this game: Harmony, Purity and Supremacy. Each one is detailed by the panel, so if you’re not aware of the differences between them, this video will enlighten you.

I, for example, learned that Harmony players are not necessarily Civilization: Beyond Earth’s space hippies. Unless you want them to be.

The Pathologic remake Kickstarter is plagued by success