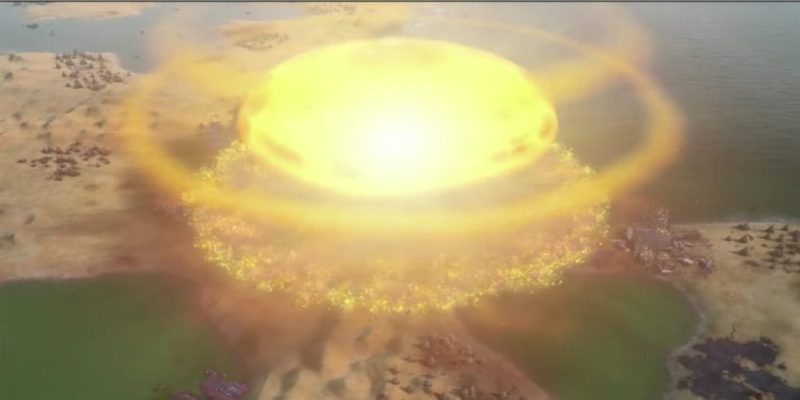 You might notice how Firaxis added quite a lot of humor and campiness in the trailer. It almost seems like a nod to the over-the-top themes you’d see from games and movies with a post-apocalyptic setting (Mad Max, Fallout, Borderlands, and the like).

Civilization VI‘s Red Death battle royale mode does follow similar tropes in that the world has been ravaged by a nuclear holocaust. Cities are now in ruins, survivors are trying to get by, various factions have risen from the ashes, and bodies of water are irradiated. Oh, and there’s also the titular Red Death, a radioactive mass that’s slowly consuming the planet.

The objective in this Civilization VI multiplayer mode to stay alive as long as possible, ensuring that your opponents are dealt with. Every few turns or so, an in-game counter will tell you when the deadly ring known as the Red Death will shrink. It’s up to you to find the next safe zone.

You can move your units to the hexes of ruined cities which might provide new units or experience points. You could also clear out raider camps that might grant gunships and even a thermonuclear device. What better way to survive a nuclear apocalypse than having a nuclear bomb? 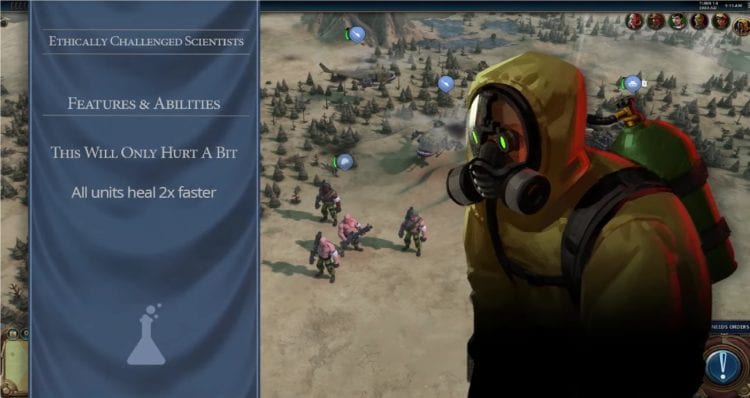 Red Death’s factions of the apocalypse

Again, the post-apocalyptic themes and tropes are in full display in Civilization VI‘s Red Death battle royale mode. Gone are the old civs and leaders in the regular games. Instead, you’ll have eight factions to choose from such as:

The Bard’s Tale IV: Director’s Cut is still a mess, but inXile is trying to fix it

By Michael Feghali51 mins ago
Hardware