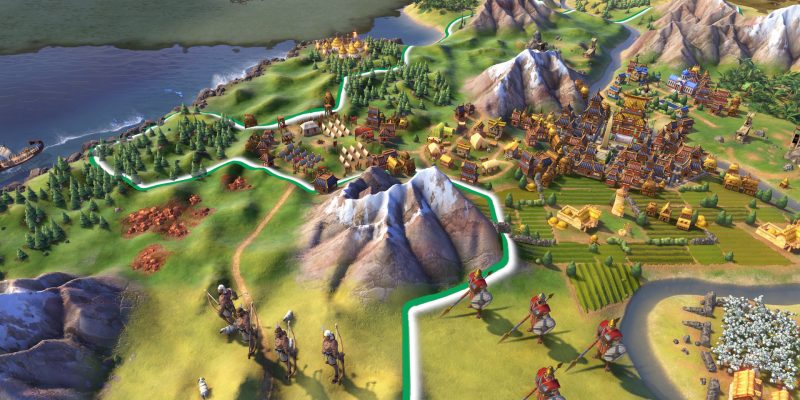 The Civilization VI New Frontier Pass free update series will come to a close this month. The final free update arrives on April 22 with “three brand new units for all civilizations,” according to an official press release. Developer Firaxis teased the upcoming content in a new video, so fans can get hype for what’s to come in just 10 days.

Publisher 2K Games revealed that the Civilization VI April 2021 free community update will introduce new units, as well as new maps and game adjustments. Firaxis has tweaked all civilizations to reflect the new leaders introduced in previous updates. The team also adjusted civilizations to prepare for the introduction of three new units: Line Infantry, Man-At-Arms, and Trebuchet. The tweaks will ensure that the “new units feel like weighty upgrades.”

The update video expands on some of the changes that fans will see on April 22. Spain, Khmer, Mapuche, and China are just a few civilizations to see adjustments in trade, inspiration, terrain, and more. Check out the full video above.

The Civilization VI April free update is available to all owners of the base game. Interested fans can join Firaxis’ community livestream on April 21 before the update on Thursday.

A New Frontier is here

Civilization VI started rolling out its New Frontier Pass back in May 2020. In addition to frequent free community updates, the expansion introduced six bimonthly DLC packs. The final pack arrived in March and brought on the Portugal civilization, plus a very interesting zombies mode. The previous free update also included a Barbarian Clans mode, where players could choose to destroy clans or help turn them into city-states. Tons of new Civilization VI content has arrived in the past year, and this final April update will ensure that players have everything they need for success in the New Frontier.