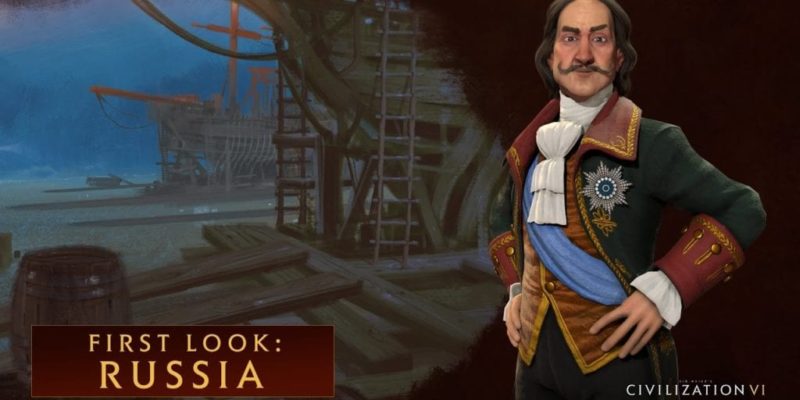 Those who’ve waited patiently for Russia to be officially confirmed as playable in Civilization VI should be pleased by this new trailer. Peter the Great (excellent name, that) will be in charge of the civ for this latest game.

Peter’s own ability is the Grand Embassy. This allows Russia to receive Science and Culture through trade routes with more advanced civs.

Russian’s special civ ability gives them more territory when they found cities, as well as bonus Faith and Production from Tundra tiles. Their unique unit is the Cossack; able to move after they attack (and superior to the cavalry they replace).

Lavras (Orthodox Christian monasteries) are Russia’s unique building. When you use a Great Person in a city with a Lavra, you can add a tile to the city’s culture border. This, combined with the civ’s special ability, means Russia is great at expanding across territory.

Here’s the summary trailer. Civilization VI is out on 21 October. Tim played a substantial preview build and got on great with the Romans.

Beyond Good & Evil will be free on PC from 12 October