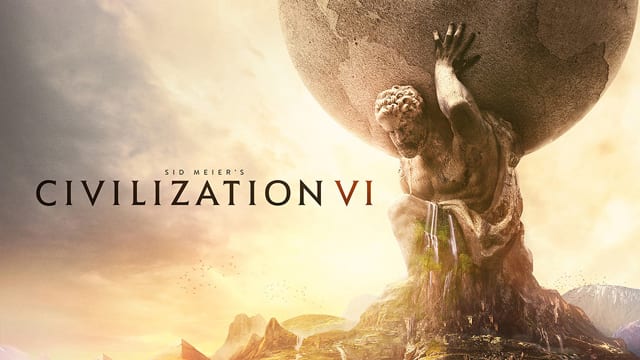 The long-running Civilization series will be back with another entry on 21 October. Firaxis are at the development helm again, and the lead designer on Civilization VI is Ed Beach. He was the lead on the Civ V expansions Gods & Kings and Brave New World.

You know how Civilization works, right? If not, here we go. It’s a turn-based strategy game in which you control one of Earth’s great nations, and guide your empire to lasting greatness through the stone age to space exploration. Research, diplomacy, warfare, and cultural expansion are all key factors in cementing your civilisation as the most glorious the world has ever known. If you’re still a bit unclear, good news, Civilization VI is claiming to have a brand new set of tutorials for those unfamiliar with the series.

There will be 20 different playable civilisations in Civilization VI, some of which are confirmed as being entirely new to the series. Here’s a list of the confirmed Civs to date, with extra details and preview trailers where available.

Aztecs: Leader – Montezuma I. Leader ability enables individual luxuries to boost military power, and luxuries give amenities to extra cities. Unique unit – Eagle Warrior. These guys are a pre-order bonus Civ, but will be free to everybody 90 days after release.

Kongo: Leader – Mvemba a Nzinga. Leader ability gives free Apostle every time a Theatre District or M’banza (Kongo’s unique neighbourhood replacement) is built; he can use the Founder belief of any religion established in a majority of Kongo’s cities, but cannot build Holy Sites. Unique unit – Ngao Mbeba (Shieldbearers).

Rome: Leader – Trajan. Leader ability enables all Roman cities to start with a free building in their city center (most likely a monument). Unique unit – The Legion.

A couple of other Civs are still to be trailed in this manner.

Beach says they’ve tried to pick “fun and flavourful” leaders for each of the nations. Each AI leader will have a specific diplomatic agenda, based roughly on their actions in history. Cleopatra, for example, likes to ally with strong leaders. She attempts to prevent Egypt being conquered by powerful neighbours by befriending them first.

The hex grid is still in place for Civilization VI, and a new approach dubbed ‘unstacking the cities’ will force players to use the space around their urban areas for specific pursuits. There are twelve different ‘Districts’ that can be built outside cities, but there won’t be space for all of them around every one; so you’ll need to specialise. Each District type fulfills a different role, and can support up to three relevant buildings.

Thought needs to go into placement of districts, because when built in specific places they will confer bonuses. Religious sites, for example, appreciate seeing majestic mountains near them. And some buildings within Districts, like Pyramids, require specific tiles (in that instance, desert). It’s also necessary to keep in mind that districts are now rather vulnerable to attack because they’re external to your city’s core. Likewise, that’s worth keeping in mind for your own raids; pillaging a Campus, for instance, can earn you some research points.

Players can construct one District for every 3 Population a given city has. Districts and improvements provide additional housing, which in turn raise the Population cap. As the eras progress, farmland will gradually be replaced with suburban style “neighbourhoods”.

Workers have been replaced by Builders in Civilization VI. Builders construct projects immediately, but only have (by default) three ‘charges’ before they disappear.

While cities are spreading out, units can actually be stacked a little more. Support units “like anti-tank support with infantry, or a warrior with settlers” can be embedded, and units of similar type can be combined (or stacked) to form a ‘Corps’ unit. The Corps stacks are available from around mid-game onwards. It’s possible in Civilization VI to organise units into formations allowing them to move across the map in unison (rather than moving them all one at a time). Civilian units (and escorts) can also be placed in formations.

It’s possible for Bomber units to destroy Districts and improvements. Other air combat is said to have been “redone” for Civilization VI, but specifics have not been released to date.

City States (unaffiliated with any particular nation) return in Civilization VI, but will be “more streamlined”. Sending an envoy to a City State can trigger a related quest, and the more envoys you send, the greater influence you can exert over said City-State. Become friendly enough, and they may aid you in war. Or at least allow you to hire some of their troops in exchange for gold.

Civilization VI replaces Social Policies with a Civics tree. Advancing along this tree will provide Civs with cards for the new ‘card deck’ style government page. On this page, the Civics cards (reflecting different military, economic, diplomatic, and ‘wildcard’ government policies) can be inserted into open slots.

Different government types (and sometimes bonuses from your Civ or Leader) will produce a different deck layout, opening or closing slots accordingly. Following the Civics tree unlocks these different types of government.

You can’t really have a Civilization game without Wonders, so it’s no shock that Civ VI will be including these most impressive of construction feats. Here are the Wonders confirmed so far, beginning with a few that also have trailers. Some of the buffs/bonuses etc are based on pre-release information, so may be subject to change.

The Pyramids (+2 Culture, a free Builder, and all other Builders get an additional ‘charge’)

Oxford University (Unknown effects at this time, maybe you get to recruit Inspector Morse)

Stonehenge (+2 Faith and a Great Prophet for free)

Colosseum (+1 Culture, +1 Amenity for all cities)

Huey Teocalli (+1 Amenity for each adjacent lake tile, +1 Food and +1 Production for every lake tile in your empire)

Venetian Arsenal (+2 Great Person (Engineer) points per turn, each time you train a Naval unit you get a second one free)

In the early game of Civilization VI, all roads are built and established through your network of trade routes. New roads can be added once military engineers are researched and produced.

Civilization VI has a full day/night cycle, which can be left to its own devices, or customised to remain on your favourite time of day (sunrise, sunset, evening and so on). Once you reach the modern era, cities will display lights during night time.

Beach has specifically said that Civ V didn’t give enough love to those players who like to use a ‘true Earth’ map in the game. He’s stated there are plans to address this in VI, but has left the specifics vague for the time being.

New multiplayer modes will be coming to Civilization VI alongside the traditional, long-form competitive play. Details are a little scant at present, but apparently the game will let you “cooperate and compete with your friends in a wide variety of situations all designed to be easily completed in a single session.”

As well as the standard game, Civilization VI also has a Digital Deluxe Edition featuring “the full base game, the 25th Anniversary Digital Soundtrack, and access to four post-launch DLC packs that will add new maps, scenarios, civilizations and leaders for a bundled discount.”

Legrand Legacy is a new JRPG coming in 2017