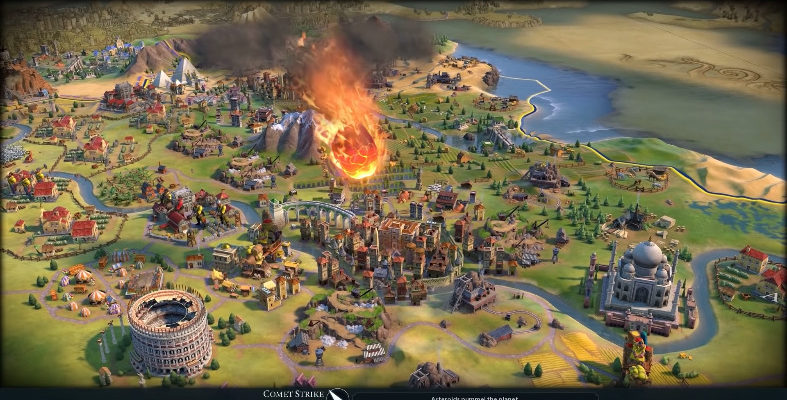 Three years and two expansion packs later, Civilization VI is standing the test of time. Since Gathering Storm launched early last year, developer Firaxis has been pretty quiet, but that changed today. Civilization VI is getting a bimonthly, paid season pass. Oh, and they are adding meteor strikes, too.

Civilization VI‘s New Frontier Pass will feature six DLC packs over the next year and will include a total of eight new civilizations, nine new leaders, six new game modes, and much more. We don’t know everything yet, but we do know that the first three civilizations will include the returning Maya and Ethiopia. This will also see the addition of the Civilization newcomer Gran Colombia.

There is no word yet on who the leaders will be, although I’m willing to bet that Simon Bolivar will be the leader of Gran Colombia. We could potentially see the return of Haille Selassie for Ethiopia and Pacal for the Mayans, but I wouldn’t mind seeing different leaders make an appearance. 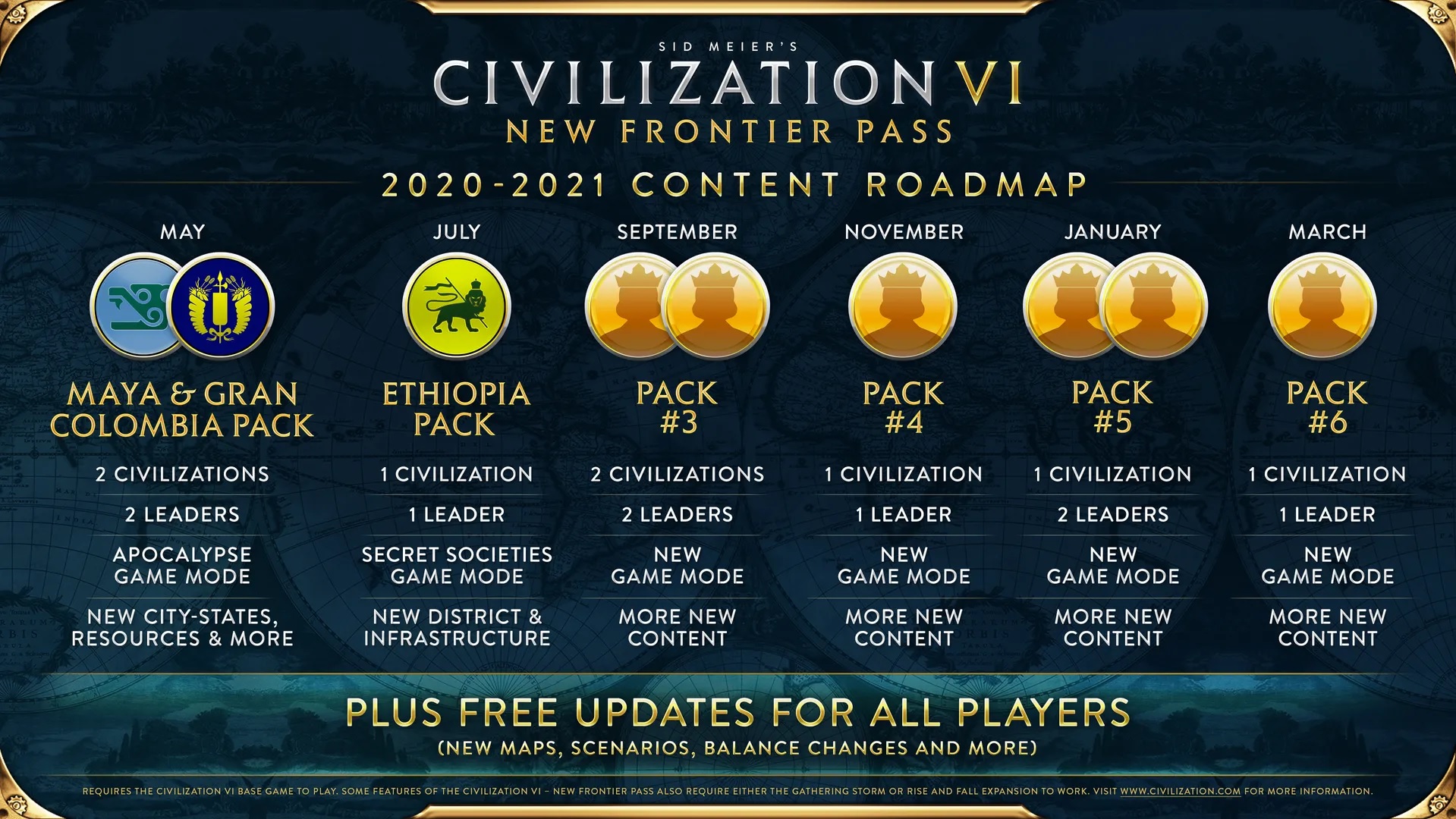 The new Apocalypse game mode should also prove interesting for Civilization VI players who might feel a bit burnt out. Chances are that the meteorite completely eradicating a city from the map is part of that game mode. Imagine having the Colisseum and Hagia Sophia wiped out randomly. So much lost production. Yikes. It’ll be interesting to see what other major disasters might occur, such as earthquakes or tsunamis.

In addition to the DLC, if you purchase Civilization VI‘s New Frontier Pass, you will receive new alternate leader personas. Teddy Roosevelt becomes “Rough Rider Teddy,” who may be more domination focused. Catherine de Medici, on the other hand, becomes “Magnificence Catherine,” who will use luxuries to boost her culture and tourism. These persona packs will arrive with the second pack in July 2020.