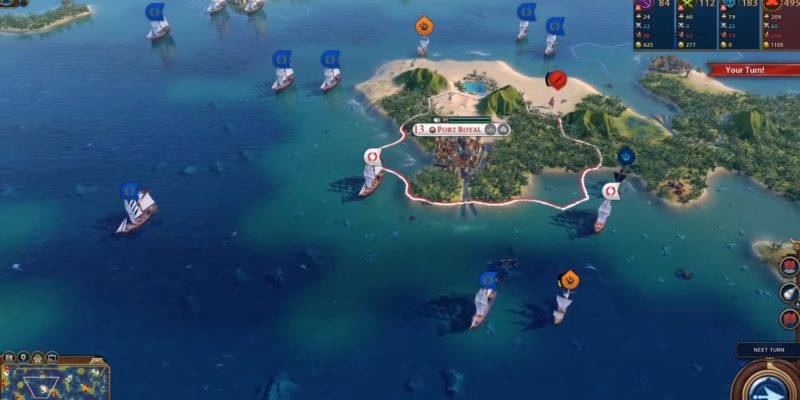 Legendary creator Sid Meier has given us plenty of awesome gaming experiences over the years. The 4X strategy franchise that is Civilization has been going from strength to strength, and is a monument to the lasting legacy of one of gaming’s greats. However, before we took to nuking the entire world in the name of freedom, Meier also took us to the high seas with Pirates!. Set during the Golden Age of Piracy, aspiring captains sailed around engaging in ship battles, swordfights, trading, and ballroom dancing. Come next week, the two games will collide with the addition of the Civilization VI Pirate Scenario.

The third free update will support one to four players, with the choice of adventure on a uniquely, handcrafted map. Your quest would be to find treasure under the banners of one of four pirate factions. Choose between the Dread Pirate, Privateer, Swashbuckler, or Hoarder factions, each with their unique abilities.

Of course, there is more than just other pirates to worry about. The navies of the world will be on the lookout to end your pirating career. Going to war with the British, Spanish, or Dutch navies certainly sounds like fun.

This Civilization VI Pirate Scenario will also feature brand new and updated art for the game. Even if you do not want to play on the special map, you can try the new scenario on a randomly generated map as well. There are also a bunch of updates coming alongside this new content. Firaxis and 2K Games will be releasing more details on both the new scenario as well as the patch notes in the leadup to October 22. 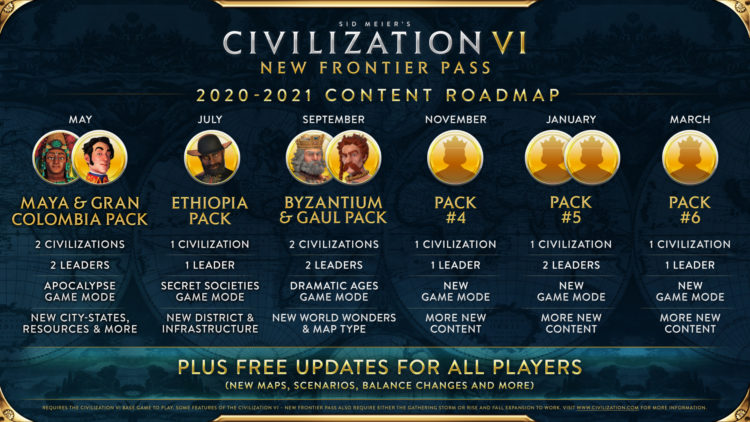 What we do know is that it will include changes to the Recruit Partisans espionage missions, scaling game speed to features that were overlooked, and balancing tweaks for the first two New Frontier Pass DLC packs.

Bring down a legendary king in King Arthur: Knight’s Tale