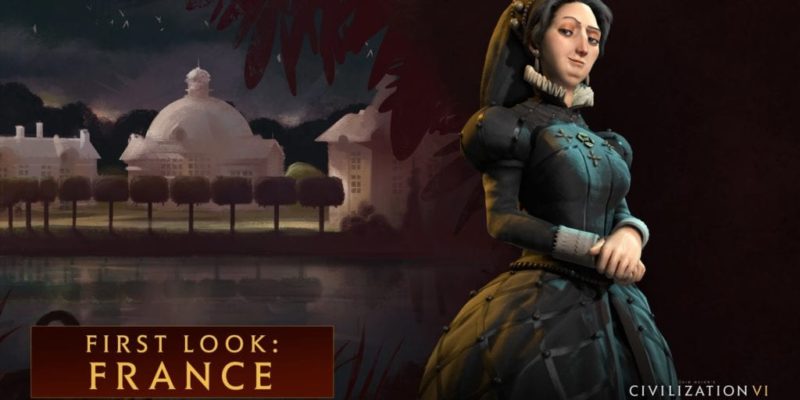 Continuing their series of video releases focusing on playable Civs in Civilization VI, Firaxis and 2K have released a video all about France. They’re led by Catherine de’ Medici who was (gasp) born an Italian in the famous Medici family, but wed King Henry II.

She was regent of France (on behalf of her young son Charles IX) in 1560, and had two other sons who were kings of France during periods of civil and religious turmoil. Letters from the period indicate a ruthless streak that helped keep the House of Valois on the throne.

But enough of ‘interesting things I just learned when reading about Catherine de’ Medici’, what about France’s mechanics in Civilization VI? Well, they get a bonus for building mid-game Wonders, and extra tourism. Their Garde Impériale get a bonus for fighting on the starting capital’s home continent.

France also gets the special Chateau building, which must be built on a tile next to a river and provides culture bonuses. Catherine’s specialty is espionage, providing extra diplomatic information from every other Civ she meets. France is described as a good choice for the culture-focused player, and a Civ that can churn out plenty of mid-game Wonders.

Civilization VI is due for release on 21 October.