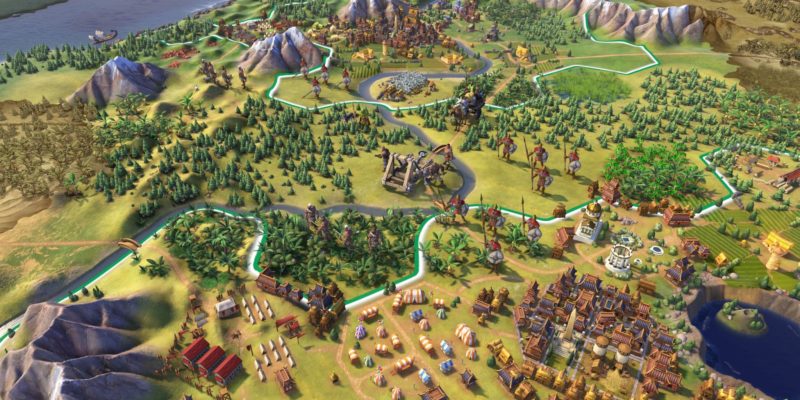 AMD will be teaming up with 2K and Firaxis on Civilization VI, to offer what they call a “truly exceptional” DirectX 12 rendering option. It’ll support Asynchronous Compute which, if the AMD benchmarks in Total War: Warhammer’s DX12 renderer are any indication, bodes pretty well for newer AMD GPUs.

Multi-GPU support (DirectX 12 Explicit Multi-Adapter) is confirmed as well. So if you have a pair of AMD cards in Crossfire you should see some benefits there.

Not that Civilization VI is likely to be a title that requires blistering frame-rates to be playable, but hey, anything that gets you closer to a smoother playing experience is a bonus. You will, of course, also need to be running Windows 10 to make use of DirectX 12.

“For 25 years the Civilization franchise has set the standard for beautiful and masterfully crafted turn based strategy,” says Steve Meyer from Firaxis. “We’re excited to once again join forces [with AMD] to deliver a landmark experience in Sid Meier’s Civilization VI.“